The exhibition offers six varying interpretations of England, by six artists, who will each reveal what it means - to them - to be English. 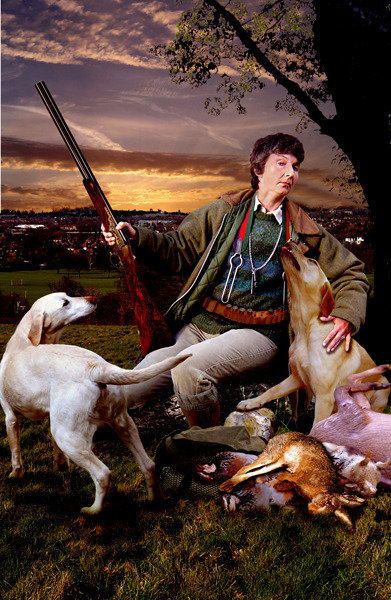 The Aubin Gallery is pleased to present: The English Way, an exhibition uniting six artists – all with an interest in our national identity, and rural England – who are questioning what it means to be English in the 21st century.

The United Kingdom is slowly dissolving, with both the impending Scottish referendum on independence – and our faltering position within Europe – causing national discomfort. The emergence of the coalition government is symptomatic of the fact that trusted left-right structures; represented by Conservative and Labour politicians, no longer seem relevant.

Where does this political dilemma leave our collective sense of English national identity?

This theme of political uncertainty is captured in award-winning photographer Simon Roberts’ 2011 three-channel video: Landscapes of Innocence & Experience – to be shown in London for the first time. Exploring the changes that have affected Britain economically and politically over the last three years, the film was shot from the passenger window of a motorhome – documenting Roberts’ journey across the UK during the official four-week campaigning period for the 2010 general election.

Another aspect of our national identity lies in the backdrop to our lives: our landscape. For city-dwellers, the countryside represents a quintessentially English way of life – but this is primarily constructed through imagery – in fine art, film, television or photography. Consequently, real rural England remains something of a mystery…

Andy Sewell, described by Martin Parr as “a photographer likely to make his mark on the future of photography”, explores stereotypes associated with the countryside. Enamoured with quaintly-named villages – Sewell searches maps to find poetic place names such as: ‘Cold Christmas’, ‘Nasty’, ‘Little Gidding’, ‘Good Easter’ – then travels to these destinations and photographs what he finds there.

The English Way will offer six varying interpretations of England, by six artists, who will each reveal what it means - to them - to be English.