One year before its open, the launch of the first Track Manifesto. Track is an art experience in the public and semi public space of the city of Ghent. 35 international artists were invited to conceive new art works that are strongly rooted in the urban fabric of Ghent but link the local context with issues of global significance: six clusters that offer a historical, cultural, architectural and mental cross-section of Ghent and the idea of a city today. 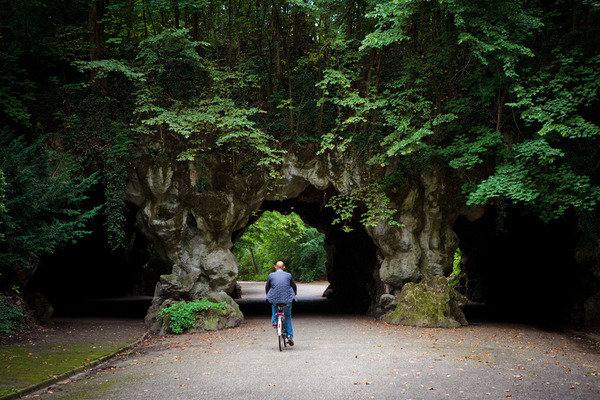 Exactly one year before it opens, the curators Philippe Van Cauteren, artistic director of S.M.A.K. Ghent, and Mirjam Varadinis, curator of Kunsthaus Zürich, are launching the first TRACK Manifesto.

TRACK is a large-scale, city-wide exhibition that will be held in Ghent from 12 May to 16 September 2012. It builds on an existing tradition and joins previous controversial art projects outside the museum such as Chambres d’Amis (1986) and Over the Edges (2000). But TRACK is not a repetition of these earlier events; it profits from the added value accumulated by its predecessors, probes the boundaries of the public and the private and takes account of the increased significance of the domain in recent years.

In the city centre and its immediate surroundings, TRACK will mark out six areas, each with its own distinct character: the area around the Citadel Park, home to the cultural bastions of the S.M.A.K., the Museum of Fine Art and the HISK; the area around the university library ‘Book Tower’ and the Vooruit arts centre, with its high concentration of educational institutions and student amenities; the historical heart of the city where trade has flourished for centuries; the Macharius/Heirnis neighbourhood, where the River Leie joins the Scheldt and which was the cradle of the city; the surroundings of Fratersplein, which combines a large number of care institutions; and the area between the Gasmeter site and the Rabot high-rise blocks, an old industrial district that is being converted into a new residential area. The two stations – Gent-Sint-Pieters and Gent-Dampoort – act as anchor-points for the whole project.

Thirty international artists are being invited to work at indoor and outdoor locations in the various neighbourhoods. They will make use of the local context and the abundant diversity of the urban realm: history, architecture, sociography, culture, population, infrastructure and so on. At the same time they will raise vital questions about our globalised world. So as part of the circuit the visitor will not only come across stories about Ghent, but will also be offered views on ageing, migration, religion, etc.

The first TRACK Manifesto is available in ten languages. You will find the various language versions at www.track.be.

TRACK is a joint venture by the S.M.A.K., the City of Ghent and the Flemish Community.

CITADEL: the neighbourhood between St Peter's Station and the Citadelpark, where the 1913 world exhibition took place and where the city's major museums are now located.
BLANDIJN: the university quarter, with its high concentration of educational institutions and student amenities.
CENTRE: the historical centre of the city, where trade has flourished for centuries and where present-day tourism is concentrated.
MACHARIUS: the quarter where the rivers Leie and Schelde meet and where the city was born.
TOLHUIS: the area around Fratersplein, which is home to a large number of healthcare institutions.
TONDELIER: an industrial site on the outskirts of the city, which is being transformed into a new quarter for housing and business.

If you have any questions, press are welcome to contact the Department of Communications at eline@track.be, +32 (0)9 240 76 60, +32 (0)479 270 604
Apply for your accreditation at press@track.be. Using this accreditation you will also receive detailed information on the schedule