The furtive eye of Lloyd's camera records scenes of urban life, among other objects, illuminating the modern city as a site of voyeurism, fetishism, and sexual ambivalence. Her practice is not limited to the filmed image; the installation, with monitors, flat screens, and projectors also acquires a strong presence. Her installations from the early 1990s point up the mutual dependency between people and their city. 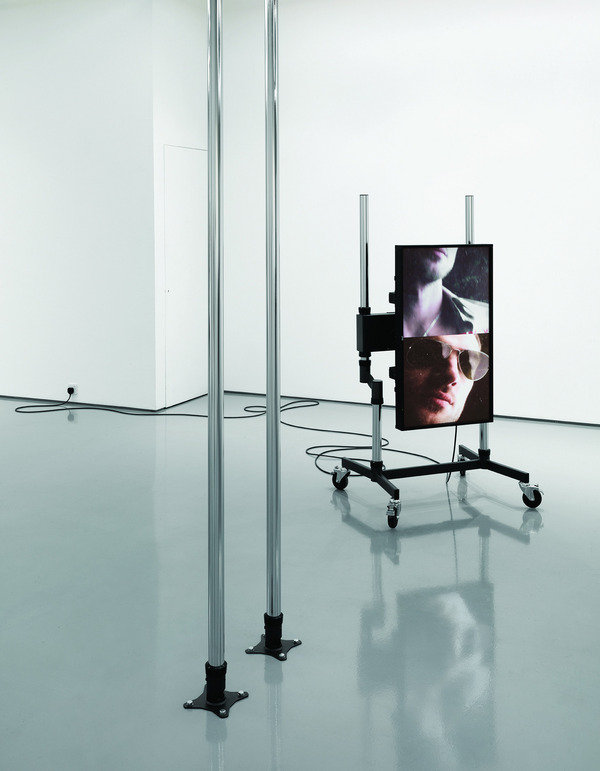 The Museum für Gegenwartskunst presents the first exhibition in Switzerland surveying the work of the British artist Hilary Lloyd (b. 1964; lives in London). The furtive eye of Lloyd’s camera records scenes of urban life, among other objects, illuminating the modern city as a site of voyeurism, fetishism, and sexual ambivalence. People engaged in everyday rituals and routine gestures of self- projection draw the artist’s interest, as do architecture, advertising, and the play of lighting effects on different surfaces.

Her installations from the early 1990s, which involve videos, slide projectors, and ambient sound, point up the mutual dependency between people and their city, which condition each other in an indivisible union. Workmen, waiters, skaters, DJs, and clubbers become the subjects of Lloyd’s inquiry. But her camera also captures unexceptional architectural elements or flowers, transforming them into autonomous images. The selective gaze paints a picture of urban fascination permeated by a dynamic choreography of static and moving sequences. Such effects of perception fused in pictorial montages are most obviously achieved by virtue of mirror reflections, split screens, and rotation, in works like Building (2011) and Motorway (2010). Other pictures present abstract studies that recall liquid quicksilver, broken glass, or bright concentric circles. In some instances, the viewer cannot infer the material reality of the surfaces. The pictures of lighting effects, architecture, advertisements, and poses in Lloyd’s most recent work (e.g., in Striped Man, 2011) emphasize this structuralist aspect. They are reduced to pure surface and materiality.

Yet Lloyd’s practice is not limited to the filmed image; the installation, with monitors, flat screens, and projectors elegantly and meticulously set out in the room, also acquires a strong presence. The visitor is inevitably confronted not only with the pictures, but also with their manifestation. Since the technical means are recognizable at first glance, the beholder immediately comprehends all spatial interrelations. This method moreover triggers an altered—and oddly mechanical—perception of time.

The numerous works selected—and in some instances specifically created—for the exhibition not only convey an impression of Hilary Lloyd’s immense productivity; in the ensemble, they also mark a significant moment in her evolution as an artist.

In 2001, Hilary Lloyd spent a year in Basel as a fellow of the Laurenz-Haus Foundation. She was nominated for the renowned Turner Prize in 2011.

A catalogue produced by Hatje Cantz publishers in conjunction with the exhibition will feature essays by Kirsty Bell, Sabeth Buchmann, and Pablo Lafuente. The first monograph on Hilary Lloyd’s oeuvre, it also represents the first comprehensive engagement with her art.