Trois cent cinquante kilogrammes par metre carre'. His sculptures, installations and journeys are based on acts of transformation or hybridisation, through movement and in situ installations. The exhibition will conclude a cycle of 3 exhibitions on the question of knowledge as a form in itself. 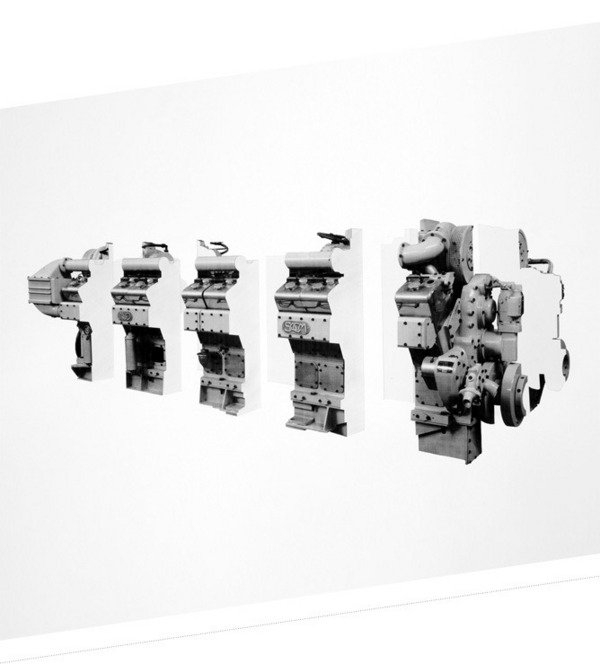 La Kunsthalle Mulhouse is delighted to present Trois cent cinquante kilogrammes par mètre carré, a solo exhibition of Simon Starling from the 24th of May to the 26th of August 2012. He is seen as one of the most daring British artists on the international scene.
Simon Starling will present new pieces at La Kunsthalle which have been created to echo the history and architecture of the Fonderie building, a rehabilitated industrial site. The Contemporary Art Centre has been housed there since 2009, as well as the University of Upper Alsace and the Mulhouse town archives.

Simon Starling was born in 1967 in Epsom, and now lives and works in Copenhagen.
He studied at Nottingham Polytechnic (1987-1990), then at Glasgow School of Art (1990- 1992).
He received the Turner Prize in 2005, and has exhibited his work in galleries such as the MASS MoCA (Massachusetts) in 2008, at the Mac/Val (Vitry sur Seine) in 2009, at the Modern Institute in Glasgow in 2010 and very recently, in 2011, at Hiroshima City Museum of Contemporary Art.
He has also participated in various biennials, including Venice (2003 and 2009), Lyon (2007) and the 6th Momentum biennial in Moss, as well as the Tate Triennial in London (2009.)
His work is now on display in the Tate Modern, London ; Moderna Museet, Stockholm ; the Solomon R. Guggenheim Museum, New York ; Kroller Muller Museum, Netherlands ; San Francisco MUseum of Modern Art; the Museum of Contemporary Art, Chicago and Museum Folkwang, Essen.

Simon Starling has been revisiting the history of forms and questioning ideas about the value, fabrication and status of objects for more than 15 years. His sculptures, installations and journeys are based on acts of transformation or hybridisation, through movement and in situ installations. Starling methodically separates materials from their context in order to find the unexpected links between seemingly distant domains and timeframes.