Right Constructions. The photographic compositions and installations address the notion of construction as a creative principle and, according to Eskinja, "a crucial point of departure to understand, interpret and create worlds". 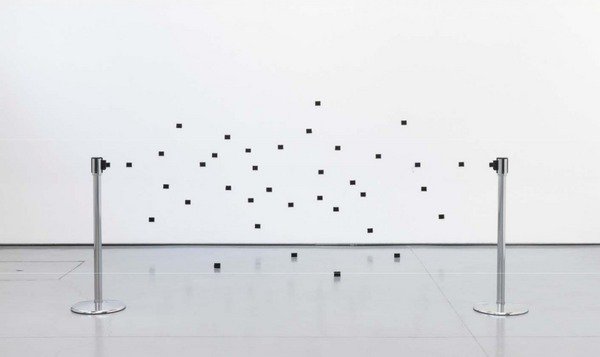 After Fugaz (2008) and Nowheristan (2010), Igor Eškinja will open on May 25th, 2012 his third personal exhibition at ADN Galería, Right Constructions.

The photographic compositions and installations displayed in Right Constructions transversally address the notion of construction as a creative principle and, according to Eškinja, “a crucial point of departure to understand, interpret and create worlds.” Through his characteristic economy of means, Eškinja temporarily leaves apart his illusionistic games to reflect on what is at stake in constructing, planning, and being constructed. Relocated in the context of a complex work, which continuously questions th relation between reality and representation, th iissue of construction opens new paths t b explored and investigated.

The “constructed” is generally seen as something existing and tangible, determined by spatial and temporal limits, in opposition with the project, which condition is transitory and unstable by essence. The property of the constructed may also operate as a differentiating state, allowing to separate real and imaginary worlds. Nevertheless, the artist suggests in Right Constructions that what has materiality and follows concrete rules of manufacturing and setting not always turns to be authentic, nor even necessary. To check this hypothesis and put the constructed/planned dialectics to the test, Eškinja introduces various typologies of construction and materiality. The photographs and instalations conceived for the exhibition play with the planes, sizes and perspectives, trying out the plasticity of surfaces and the architectonic properties of materials like paper, light and the clasical separating strips used in airports and other public spaces which conditioned the constructed space as well.

A paper overhead projector seems to diffuse colored surfaces into space, materializing the reflection of the projected light. The stylized plane of an airport surges from a reel of paper unrolling to the floor, recalling the place of origin of every construction, i.e. the urbanist or architect’s studio, and also the simple support from the constructed before the introduction of new technologies: paper. Another installation consists in a lamp that projects its halo on the surface where two electric adapters are connected to one another, materializing electric energy in circulation around a metaphoric globe. The installation functions as a closed circuit: without electricity, there is no light, and as a matter of fact, no light to give visibility to the electric system, while suggesting an allegoric vision of the world as conductive material. Without artifices, Eškinja exhibits the device thanks to which the work comes into life and remains visible.

Right constructions actually introduces us to a recurrent element in the work of Eškinja: the discontinuous relations operating between the immaterial and the material, the represented and the perceived, the illusion and the perceptive trickery, the planned and the constructed The exhibition space is considered here as a stage for a play of complementary effects and contradictions. It also displays an aesthetic approach to the phenomenon of spatial construction in a bidirectional sense: from the projected, flat image, creating trompe l’oeil effects, to a tridimensional occupation of the space by elementary materials.