Status: the 24 exemplary 'documents' selected for this exhibition come together in a complex network of loose associations and immediate relationships, which attempts to capture the current status of the documentary image. In 'Strange Fruits' Brazilian artist Rosangela Renno' tries to fight against the collective loss of memory by appropriating found albums and photographs from private and public archives. 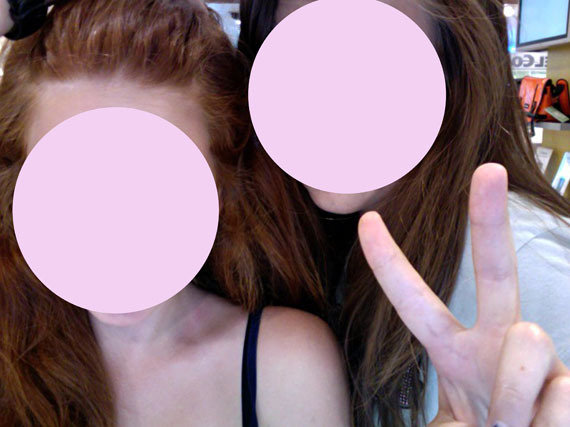 A few years after the digital turn the shift from analog to digital image production and archiving, Foto­museum Winterthur explores the current state of the document and the documentary image in the exhibition Status – 24 Contemporary Documents. Whereas the term “status” used to have a thorou­ghly positive connotation, indicating a confident display of one’s own condition or state, today we ask about the “status” of things almost with a sense of apprehension, knowing full well that situations are often uncertain, precarious, and usually in flux. This uncertainty carries over into the field of photo­graphy. The rapid dissemination and availability of images and videos in print media, on the Internet, on social platforms such as Facebook, Google, Twitter, or Flickr have led to new forms of communication through documentary images. Often we do not know who took the picture, nor do we know how the picture has made its way to us. How are these photographic documents to be understood? How do the schemata of seeing, understanding, deleting, and saving function in our contemporary multi-media environment?

The 24 exemplary “documents” selected for this exhibition come together in a complex network of loose associations and immediate relationships, which attempts to capture the current status of the documentary image. The apparent jumps between various themes and media formats, between official press images (Vladimir Putin fishing) and anthropological studies of the family image (the Vox Populi work by Fiona Tan) correspond to our current viewing experience as alternating between high and low, surface and depth. The conquest of unknown territory and the quiet contemplation of a personal theme form two poles of the exhibition. Whereas Trevor Paglen uses meticulous, scientific precision to offer proof of hidden US satellites operating in the night sky, Sammy Baloji, Jérôme Leu-ba, and Lara Almarcegui rescue removed sites or unusual biographies from oblivion. In 2009 Almarcegui was able to photograph the overgrown lots in East London that have now been built up and will be the sites of the Summer Olympics 2012.

The exhibition Status – 24 Contemporary Documents pursues the traces photography leaves behind, travelling at both analog and digital speeds. Through her video camera, Moyra Davey delves into a volu¬me of photographs that is important to her, Portraits in Life and Death by Peter Hujar, and there-by creates a parable of decelerated reading and looking. Willem Popelier examines the shifting identities and presentations of the self through his work Showroom Girls, which offers an exemplary re-flection on a younger generation’s behavior in social networks. Conceived and realized by Jules Spinatsch, the 24-hour panorama of the trading floor of the German stock exchange in Frankfurt — a site highly familiar from media images - enables us to witness the simultaneous recording, receiving, and saving of information in the form of a 14-meter wall installation, whose individual components will come together at Fotomuseum Winterthur over the course of the opening day of the exhibition on June 8, 2012 and depict a complete calendar day.

The exhibition is organized by Thomas Seelig, curator at Fotomuseum Winterthur.

Wednesday, June 20, 2012, 7:00 pm until approx. 9:30 pm:
Episode III – Enjoy Poverty – A film by Renzo Martens
The provocative and controversial documentary film Episode III – Enjoy Poverty by the Dutch artist Renzo Martens argues that poverty and images of poverty in the Congo are a lucrative export product. But the poor, the people who provide this "raw material", do not benefit. In the midst of a civil war and unabashed economic exploitation Martens therefore initiates an emancipation program that radically calls traditional notions of "development aid" into question. Native photographers are encouraged to photograph war and poverty themselves and sell their images. Under the consciously cynical banner of "Enjoy Poverty" a call is made to the local population to finally claim some of the profits in the business of poverty.

Screening with subsequent discussion. The expert on Africa Ruedi Küng in conversation with Donatien Mukono from the Democratic Republic of Congo.
An event in conjunction with winterthur-nachhaltig.ch. Entrance fee CHF 15.-/10.-

Sunday, August 26, 2012, 11:30 am:
Special tour with Club of Rome member Prof. Dr. Dr. Franz-Josef Radermacher
Franz-Josef Radermacher examines the exhibition Status – 24 Contemporary Documents, which investigates the current state of the documentary image, from the perspective of the problem of sustainability—in political conflict zones, in the image of the family, or in the self-portraits, for example on the website of the "We are the 99%" movement. Is this merely a digital snapshot from an era of insecurity or a political movement that will go down in history?

An event hosted by Fotomuseum Winterthur and Club of Rome in conjunction with winterthur-nachhaltig.ch. Entrance fee CHF 10.-/8.-

Brazilian society seems to be pressing forward with devouring strength, systematically forgetting the memory of the past. Brazilian artist Rosângela Rennó tries to fight against this collective loss of memory by appropriating found albums and photographs from private and public archives.

The term Appropriation Art in the narrower sense is used when an artist deliberately copies individual works by other artists with a specific creative strategy in mind. This is a form of appropriation that is not considered plagiary but intentional artistic borrowing. The work of the Brazilian artist Rosângela Rennó clearly demonstrates elements of such appropriation. Her oeuvre consists largely of photographs, but these are almost never taken by the artist herself; instead Rennó finds them in private and public archives, at flea markets, through research, and over the course of her travels to dealers and markets throughout the world. Sometimes she integrates the found albums and photographs directly into her work, but more often she re-photographs the images, thereby altering their materiality, appearance, and size. For example, small 3 x 4 cm photographs or 8 x 10 inch glass plates are turned into 165 x 118 cm images.

Nevertheless, her work differs substantially from well-known forms of appropriation. Appropriation Art usually results from situations of abundance or even overabundance. However, Rennó’s artistic approach is very different, in fact, completely opposite: “In a country that remains unwaveringly devoted to the promise of progress (which is presumed to imply a rejection of the past), it is not without irony that photography, both a crucial agent of modernization and a witness to the crimes of modernization, would ultimately be trampled under the ceaseless thrust of modernity“ (Cuauhtémoc Medina). Brazilian society seems to be pressing forward with devouring strength, systematically pushing aside and forgetting the order of what has gone before, the memory of the past; certain memories are obliterated either through neglect or by design. Everything that hinders advancement, progress, or the future is unrelentingly swept below the surface. Socio-cultural memory is ideologically filtered.

The use of appropriation to counter the loss of memory is a driving force in the work of Rosângela Rennó. It is a form of fighting collective repression and a future that is void of a past; appropriation is a means of combating emptiness, the vacuum in the kickback of the motor of the future. In her own way Rennó seems to operate as a tracker. This is true of her early work Imemorial, in which she updates portraits of workers who died during the construction of the future-oriented city of Brasilia. In this piece she develops her first visual work of mourning, which counteracts the intended or unintended obliviation of the victims of a major national project, the burying of the past in the service of the future. In the works Cicatriz (Scar) and Vulgo [Alias] Rennó performs a kind of mental archaeology, in which photographs of former inmates, glass plate images she discovered in the Carandiru jail in São Paulo, are enlarged to an almost painful dimension, so that in looking at the over-sized images we physically sense the coldness of these early formal identity photographs, on the one hand, and the living presence of the individuals (including all their scars, tattoos, imperfections of the skin and stubborn whorls of hair), on the other. The work serves as a visual embodiment of what has been pushed into the subconscious, the belated but significant emergence of the prisoners from anonymity.

All of Rennó’s works to date, including her video works, address mental states of the present; they interrogate how the past is dealt with and how knowledge from the past is integrated into the present and the future. They bear witness to the ideological underpinnings of the controlled loss of cultural material. By uncovering a forgotten legacy of images they reveal rampant cultural amnesia. Her works can be read as a repositioning of Appropriation Art in a political and cultural context. Tending towards the three-dimensional, the sculptural, and installation, the works suggests Rennó’s desire to show this amnesia in the most physical manner possible, allowing what has disappeared to manifest itself again as “flesh” to the greatest extent possible. Her found objects do not always have an immediately obvious cultural significance; sometimes they are “merely” Strange Fruits (Frutos etran-hos). But they always take the form of politically aware cultural archaeology, inspired by the determined attempt to establish a visual anthropology of Latin America.

The exhibition is a cooperation with the Gulbenkian Foundation in Lisbon. It presents an overview of some 20 series ranging in date from the early 1990s until today. Rosângela Rennó (born 1962 in Belo Horizonte, lives and works in Rio de Janeiro) is among the most significant contemporary Brazilian artists. Her work has recently been shown in the biennials of Venice, Istanbul, and São Paulo.

Opening: Friday, Jun 8, 2012, 6 till midnight
At 7 p.m. Urs Stahel and Thomas Seelig will give an introduction.