Pioneers of the Social Media. An exhibitions on distinct artistic approaches concerned by avant-gardist aspirations. Ivan Faktor and Jozef Robakowski count among the pioneers who took up the challenges of the new media technologies in the arts. Bernhard Sandfort's work is characterized by a unique tripartite structure: he "not only reintroduced sculpture, but also initiated the performative turn to the user - a material as well as social turning point". 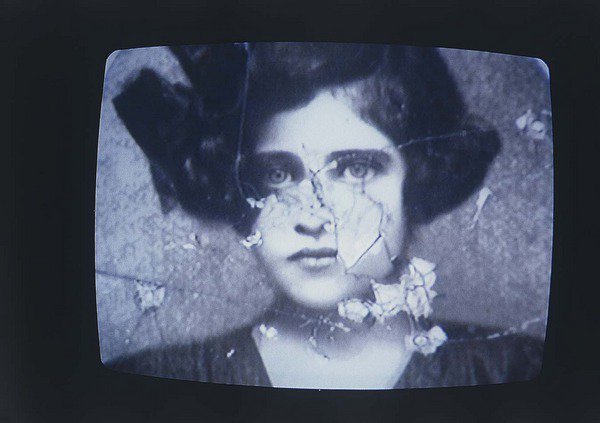 On June 15, the ZKM | Museum of Contemporary Art will be opening three exhibitions on distinct artistic approaches the common features of which are difficult to discern. What does unite all three artists, however, is the influence that respective avant-gardist aspirations exerted on them during their time. Franz Erhard Walther, whose presentation has already been opened on the May 25, complements the sequence of these avant-gardist tendencies.

Ivan Faktor and Józef Robakowski count among the pioneers who took up the challenges of the new media technologies in the arts, and whose later transformation of such innovations was exemplary. Like the artists Zbigniew Rybczyński and Gábor Bódy before them whose work may be viewed till August 19 at the ZKM | Media Museum, Faktor and Robakowski represent formative advances within eastern Europe; a phenomenon hitherto associated with the West.

“In the previous century we became accustomed to the idea that the first techno-avant-garde originated in the work of Western European and North American artists. This notion is wrong. Almost all the foundations for the development of the electronic image and sound worlds were discovered and invented in the East.” (Siegfried Zielinski)

Bernhard Sandfort’s work is characterized by a unique tripartite structure. It was not only his drawing and painting work that was to make him one of the most influential artists of 20th century Europe, but no less the fact that he launched the so-called Produzentengalerie [Producer’s Gallery] in Germany. His virtual “Museum der Fragen” [Museum of Questions] (1977), still in operation today draws on a participative approach to the democratic idea of civic involvement. In this sense, Sandfort pursues what Walther had realized just a few years before him with his work entitled “Schreitbahnen” (1975/76): viewer and visitor participation. “Sandfort not only opened up a new dialog on painting, but also with the visitor. His Produzentengalerie is the artistic inception of the pioneer in the age of the digital network: of the prosumers. Introducing his ‘used’ objects in 1968, Walther not only reintroduced sculpture, but also initiated the performative turn to the user – a material as well as social turning point.” (Peter Weibel)

Since the 1970s, Ivan Faktor has developed an artistic language that takes up the media of photography, video art, and performance. His point of departure is the fascination for film and filmic language, and also his extensive knowledge of the visually new art. Faktor’s comprehensive work reveals complex references to media experiments and visual worlds.

The exhibition of the Croatian artist Ivan Faktor (1953, Crnac) presents for the first time in Germany an overview of his comprehensive oeuvre. Along with experimental films of the 1970s, such as “First program” (1978), “Little Sugar Vaults” (1978) and “Balance on the Garret of OZ” (1979), which are shaped by the new art influences of those years, the artist worked in subsequent years on analytic art that stood in relation to his experiences with video and photography of the “photo graphos”. In the exhibition at ZKM | Museum of Contemporary Art, especially the piece “15 minutes for Nada Lang” from the year 2000 shows Faktor’s unique artistic expression – a synthesis of performance, installation, and film sequences, which treat the topics of evil and death in an indirect way. Using montage techniques, the artist creates multi-layered worlds, in which early works become the actors of subsequent works and are thereby tied into the plot. In this context, the film “Das Lied ist aus” (2002) and the complex multimedia project “Kangaroo Court” (2005/2007) have a basis in the film “M – Eine Stadt sucht einen Mörder” (1931), the first of Fritz Lang’s sound films and at the same time, his last film to be filmed in Germany. Faktor makes use of analysis, alienation, and restaging, to combine elements of film history, personal experience, and political themes into fascinating films, objects, and installations.

A catalog will be published accompanying the exhibition.

Józef Robakowski is considered one of the most important exponents of Polish experimental film and a key figure of the Polish avant-garde. In a premier solo-exhibition in Germany, which shows him in dialog with other artists, Robakowski not only appears as filmmaker and fine artist: what also becomes clearly evident are his activities and influence as initiator, curator and organizer of artist’s groups, exhibitions and artistic events. The exhibition at the ZKM | Museum of Contemporary Art, displays those of his films and video works as well as archival material focusing on relational and collaborative work, such as his cooperation with Paul Sharits, which have been of major importance in the artist’s creative output since the 1960s.

Engaging in dialog with other artists while at the same time rendering this visible in and through art has been one of the key aspects in Robakowski’s (*1939, Poznań) oeuvre from the 1960s. With this as its point of departure, the exhibition covers, above all, the wealth of Robakowski’s ideas and methods in his collaboration with other artists. The political dimension of Robakowski’s art is revealed with pieces that were produced during the period of martial law in Poland (1981–1983). Robakowski is shown as a creator of experimental work responding to the specificities of context, working outside the official museum and gallery system to present politically critical works. Important issues of trust, collective expressions, and shared experiences are shown through activities and actions initiated by the Exchange Gallery established by the artist in his own apartment in Łódź in 1978.

The exhibition brings together films and video works such as “Market,” 1970 (in collaboration with Ryszard Meissner and Tadeusz Junak); “Attention Light!,” 1981–2004 (collaboration with Paul Sharits and Wieslaw Michalak); “Art is Power,” 1985 (music by Slovenian avant-garde group Laibach) and “Oratorio for Katarzyna Kobro,” 2011. Robakowski’s curatorial models are represented through documents and photographs showing the activities of the “Workshop of the Film Form” and photographic documentation from the exhibition “Lochy Manhattanu” (Łódź, 1989). The exhibition also presents a selection of books, catalogs, and ephemera produced by and drawn from the collection of the Exchange Gallery, Łódź.

On the occasion of the exhibition, the trilingual publication “Józef Robakowski” (Polish/English/German) has been published in collaboration with Spector Books, Leipzig (ed. by Michał Jachuła and Tobi Maier), with contributions by Barbara London, Maria Morzuch, and Marielle Nitoslawska. 150 pages, 18 EUR.

Bernhard Sandfort
Dialogic Painting and the Museum of Questions

The work of the German artist Bernhard Sandfort stands out through three decisive aspects: his own oeuvre of constructivist painting, the conception and founding of the first German producer gallery, and the initiation of a participative, long-term project – the “Museum of Questions.” In this regard, Sandfort is one of the few artists who approaches art from the perspective of the artist, the recipient, and the art market, and who have been the first to coin concepts such as the “producer gallery.”

Bernhard Sandfort (*1936, Cologne) has since the early 1960s – in contrast to art informel and Tachism – realized a strict painterly concept based both on minimalist construction as well as a random process. The large-format and color-rich pictures, which generally have multiple parts, show lines and bars, the order of which is subject, on the one hand, to strict compositional concepts, but on the other hand depends on random principles. In this context, Sandfort formulated the term of the “metastatic” or “dialogic” painting.

With the opening of the “Galerie für kollektive Kunst” in 1969 in Berlin – the first producer gallery in Germany – the artist’s socio-political engagement began along with his activities as an artist. As a critique of the system of the art market, which was increasingly establishing itself then, Sandfort sought a possibility of bringing art to the customer directly and immediately. As a result of this direct marketing attempt, he established in 1970 his producer gallery “Augenladen” in Mannheim.

Here, Sandfort organizes – still today – along with exhibitions, also events on socio-political topics. With publicist and public actions such as the 1978 action “Woran merken Sie, dass Sie in der Bundesrepublik in einer Demokratie leben? [What evidence do you have that you live in a democracy in the Federal Republic?],” the artists puts the political status quo up for discussion.

One of the projects that draws on this and has continued into the present is Sandfort’s virtual “Museum of Questions.” Despite the immense growth in knowledge today, the number of questions – whether on the level of science, politics, or the personal – has not decreased. In the form of a performative questioning, Sandfort has established in Karlsruhe his “Museum of Questions” in the frame of the exhibition at ZKM | Museum of Contemporary Art to showcase the current thirst for knowledge among the people of Karlsruhe.

The exhibition, using the three-part presentation, showcases the work of the artist between abstract painting and explicit engagement.

A catalog will accompany the exhibition.