'The Shadows of Lisbon' presents the work of Jef Geys in the form of a new project. Between the 1960s and 1978, Antonio Palolo made an extraordinary series of films and experiments in film. 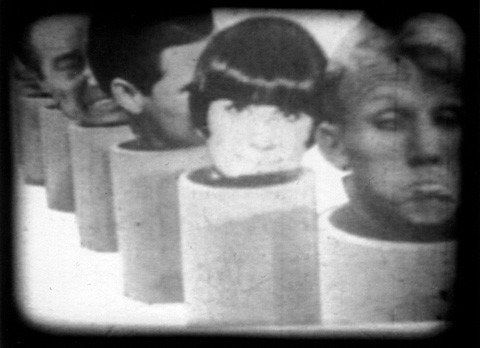 A leading artist in his own country and a cult figure in select circles of the international art world, Jef Geys (Leopoldsburg, Belgium, 1934) participated in the São Paulo Biennial in 1991, in the Kassel Documenta in 2002 and the Venice Biennale in 2009, in this latter case representing Belgium. Nonetheless, he remains an artist who is little known internationally. This situation can be explained, firstly, by his is extremely idiosyncratic work, impossible to fit into successive artistic circumstances, but also by the way in which, right from the launch of his career at the end of the 1950s, he began building a position of radical independence and freedom in relation to the forces of the art world (the market and the institutional system) and the rules of the game established within this context. This exhibition boldly presents the work of an artist who is unknown in Portugal in the form of a new project.

Between the end of the 1960s and 1978, António Palolo (Évora, 1946-Lisbon, 2000) made an extraordinary series of films and experiments in film. His first films, shot in 8 mm, are black-and-white animations, constructed according to a cut-and-paste methodology and associating, with great sense of humour, images taken from magazines with geometric elements. The films from the early 1970s onwards, all made in Super 8 mm, include Drawings / Lines (1971), a rhythmic sequence of drawings in continuous movement, directly inscribed onto the film strip; Lights (1972-1976), a sequence of abstract images created from various experiments with light; Untitled (1972-1976), a kind of summary of the artist’s cinematic experiments from the late 1960s onwards; and OM (1977-1978), a mysterious genesis, in which abstract thought is constantly transformed into concrete substance, and the microscopic level of things interchanges with the macroscopic representation of the universe. This exhibition offers a unique opportunity to discover a series of works and experiments in film that, despite their huge importance both in the context of António Palolo’s work and in the history of Portuguese art, still remain largely unknown to contemporary art audiences.