Sprache/Language. The exhibition features works by the three prize winners: Erik Bunger, Philipp Goldbach and Juergen Staack. "The artists use their media to plumb the limits of language-related possibilities, for instance at the intersection between sound and photography. They set out on a kind of 'search for traces' and reflect on access to language and forms of its being passed down at numerous levels" (Arend Oetker). 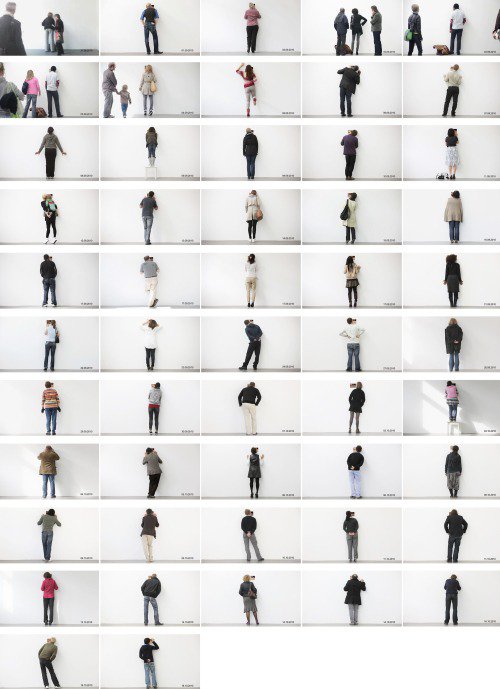 The spoken and the written word have long since found their way into the visual arts: as epigrams, marginal notes, quotes, collaged text fragments, or part of a performance, a video, or a sound installation. In particular since the advent of Conceptual Art, language has even been regarded as the actual and independent material and medium of the visual arts.

The Association of Arts and Culture of the German Economy at the Federation of German Industries has been supporting artists in the areas of architecture, music, literature, and the visual arts since 1953. In 2011/12, a visual arts prize was offered on the theme of “language.” A jury chaired by Dr. Arend Oetker decided in favor of three prize winners, whose works were presented to the public in Essen and Riga and are now being shown in Bremen. “The artists use their media to plumb the limits of language-related possibilities, for instance at the intersection between sound and photography. They set out on a kind of ‘search for traces’ and reflect on access to language and forms of its being passed down at numerous levels.” (Arend Oetker)

Eric Bünger, born in 1976 in the Swedish town of Vaxjo, studied electro-acoustic composition, composition, and philosophy. He processes and deconstructs existing pieces of music, video clips, and films in his lecture performances, videos, and installations. By mixing and recombining existing, familiar material he creates completely new levels of meaning and reflection in an intelligent and often humorous way. His theme is the power of language within the media, in particular in film and in popular culture.

Philipp Goldbach, born in Cologne in 1978, concentrates on the relationship between writing and the carrier on which it was written. He is interested in the information value of written language in relation to the impermanence of the carrier material. When he produces handwritten copies of major works of idealistic philosophy or travelogues from the 19th century, what he is concerned with is the painstaking processing of text and material. When, in his Tafelbilder (panel pictures), he shifts the focus to the erasure of writing, or in his activity with photocomposition to the connection between analog photography and writing, what we are dealing with are artistic examinations of written language that point far beyond the normal use of language.

Juergen Staack, born in 1978 in Doberlug, Kirchhain, places the relationship between image and description in the foreground in his recent works and asks what makes an image an image in the first place. Images begin to speak perceptibly, or they are erased and have to be reanimated by means of memory and attempting to describe them. There are also works in which the artist translated photographs into language and sound. In Essen he presented a new installative performance in which interpreters simultaneously translated visitors, their conversations, and their modes of behavior—to their complete surprise—into several languages.

The presentation of the works by the three prize winners on the 2nd floor of the museum will be accompanied by a catalogue with numerous illustrations and texts by Arend Oetker, Stephan Frucht, Katja Mittag, Antonia Ruder, Andreas Hapkemeyer, Sabine Maria Schmidt, Inga Steimane, Steven Connor, Bernd Stiegler, and Ludwig Seyfahrth.

At the same time, the exhibition Beyond Words on the theme of “Sprache/Language” will take place at the Gesellschaft für Aktuelle Kunst (GAK). Both exhibitions will be opened in conjunction with one another on Friday, June 22, 2012, beginning at 7:00 p.m.