'What Remains' is a solo exhibition by Anthony Discenza, titled after the sole work it comprises, and presented in an empty space. In 'Halation', a sublimated homage to Joseph Plateau, Anna Franceschini features three films closer to visual experiments than cinema. 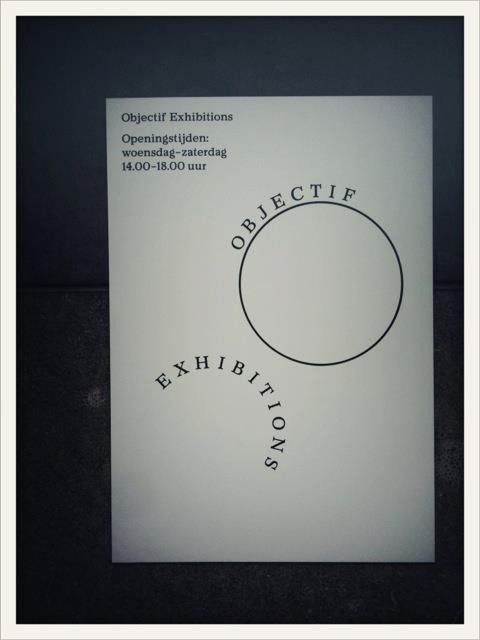 What Remains requires time. It’s a solo exhibition by Anthony Discenza, titled after the sole work it comprises, and presented in an empty space. However, just because there’s nothing to see doesn’t mean that What Remains isn’t visual art. It all depends on who’s listening, and for how long.

A disembodied voice is speaking—is it a lecture, an instructive manual, a guided tour, sinuous ravings, a self-help exercise? Listen hard enough and it’s possible to end up in another exhibition (of your own construction). Yet more than any phenomenological transformation of Objectif Exhibitions itself, what Discenza offers are the conditions for an interior visualization, cognitively wrought.

Discenza’s text begins with other texts. Fragments. He collected and de-contextualized, sequenced and revised, dozens of descriptions of visual situations, written by other authors, about other things. Internet search criteria = “what+remains…” While these recurring words provide the primary glue, Discenza applied additional binding by outsourcing the resulting manuscript’s performance to a voice actor.

So, while What Remains is an audio presentation of a text, its medium is just that—a medium, a middleman, a means. A trigger. Partially text, partially audio, What Remains requires whatever imagery the audio’s registration evokes. Listening to the voice, picturing what it describes, while associating and amalgamating each shifting description, an absent subject may be continually lost, found, and invented.

The visual arts is often a heliocentric enterprise, isn’t it? And so, what could be a more alluring act of light worship than going blind from staring at the sun? After discovering the phenomena of the persistence of visual impressions, Belgian physicist Joseph Plateau (1801—1883) developed uveitis and lost his sight. Lately, Anna Franceschini has been staring at Plateau, which led her to a few other light sources. They became films.

Plateau invented the Phenakistoscope and, with it, the stroboscopic illusion of moving images—key to the development of cinema. 180 years later, Halation could be viewed as a sublimated homage to (or, more elliptically, around) Plateau. The three films Franceschini presents in the basement of Objectif Exhibitions are closer to visual experiments than cinema. It’s a dark room, below ground, at a safe remove from the sun.

Two of the films share the title It’s All About Light (To Joseph Plateau). The first was shot on 16mm film, transferred to video and, projected, illuminates the room with the aesthetic byproduct of night labor: blind spots. The second, also projected in video, but shot on 8mm, again depicts the typically unseen visual residue of hard labor. Symmetrical flame fountains, shifting perspective, a hand, and a few spare snaking acetylene flashes collide to eviscerate a monochromatic field of black (night). A third film, It’s About Light and Death (To Joseph Plateau), is projected directly from 16mm film. It reveals the frozen physiognomy of a taxidermied animal—a dead photographic pose, panning like a Zoetrope, one pulsing glimpse at a time (24 times per second).

Anna Franceschini (b. 1979, Pavia, Italy; lives and works in Brussels) completed a residency at Rijksakademie, Amsterdam (2010), and graduated from IULM University in Milan (2006). She received the Premio d’Arte Contemporanea Ermanno Casoli award in Fabriano, Italy (2012), and the TFF/Torino Film Festival’s Distribution Award A.V.A.N.T.I. (2008). Her work has been presented in recent solo exhibitions at Ex Elettrofonica, Rome (2012); Bielefelder Kunstverein, Bielefeld, Germany (2012); and Kiosk, Ghent, Belgium (2011); as well as in numerous international group exhibitions.