Large scale prints and artists' books from the collection of the International Centre. The largest pieces featured in the show measure up to six meters in height and highlight some very resounding names in the world of art. Works by Keith Haring, Damien Hirst, Emilio Vedova and many more. 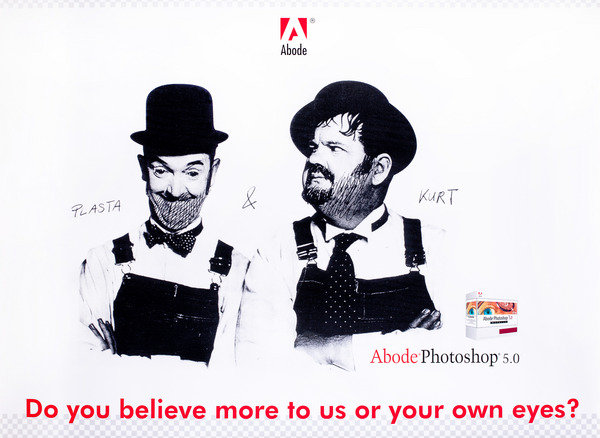 The exhibition presents large scale prints and artists’ books from the collection of the International Centre of Graphic Arts (MGLC) in Ljubljana, a specialized museum for the art of printing, artists’ books and ephemera, and the producer of Ljubljana’s International Biennial of Graphic Arts.
The largest pieces featured in the show measure up to six meters in height and highlight some very resounding names in the world of art. The exhibition demonstrates just some of the many ways in which artists using printmaking are taking on the challenges of painting, sculpture and installation, to make works where the scale is determined by artistic necessity rather than practical concern or the expectation that printmaking should be a modest enterprise. These artists are a part of a long tradition and are seeking to assert the primacy of printmaking, wholeheartedly claiming the space appropriate for their creative expression.

The collection of prints at MGLC began to take shape with the 1st International Exhibition of Graphic Arts in Ljubljana in 1955. At that time 176 prints were donated by the artists exhibiting in the show, which remained in the possession of the Biennial. Since then, artists donated their works to the collection with each Biennial. With time the number of donations by participating artists increased due to Biennial policy as well as the political and economic situation across the globe. If we consider the history of the Ljubljana Biennial from today’s perspective, we could say that one of its greatest assets is that it presented current art from both West and East during the Iron Curtain period. Gradually, as part of the non-aligned policy that was the key pillar of Tito’s Yugoslavia, virtually the entire world took part in it. Artists from the USA, Western Europe and the countries of the Eastern Bloc, as well as – very unusual for the time – artists from the Middle East, Africa and Asia, all exhibited at the Ljubljana Biennial.
The Biennial collection, which makes up the MGLC collection, reflected the “graphic pulse of the world” much like the biennials themselves and it can be said that the development of the graphic arts, as reflected by the Ljubljana International Biennial of Graphic Arts, can be traced through it. The Biennial formed during a happy time that made printmaking topical and deemed it suitable for setting into motion the ideologies of the society of the time. This gave it a head start in becoming a well-known international art event.
Next year will see the 30th edition of the International Biennial of Graphic Arts, which has, particularly during the last twelve years, refreshed its concept, actualised as well as expanded the field of the graphic arts as a medium, and re-examined its structure time and again.

The exhibition The Big Ones! aims to question when and why in the history of contemporary printmaking physically larger prints began to appear, what did the graphic arts gain through that, how was the dictionary of artistic notions expanded by this, which techniques were used and, of course, how was this perceived by the Ljubljana Biennial of Graphic Arts.

Supported by the Ministry of Education, Science, Culture and Sport of the Republic of Slovenia and City of Ljubljana.

The exhibition is accompanied by a bilingual catalogue with essays by the curator and Paul Coldwell.