The third edition of the international fair of modern and contemporary art features 40 galleries from the Middle East, Europe and North Africa, showcasing their flagship artists. 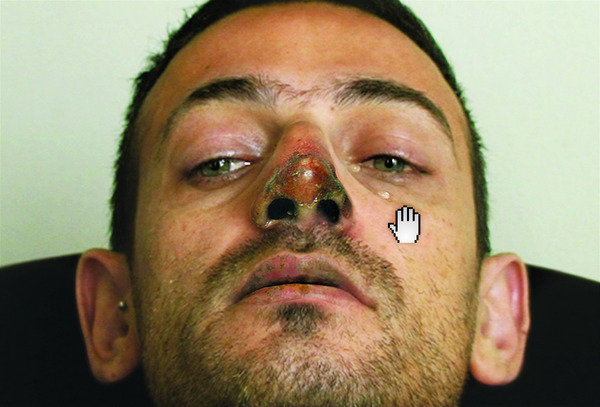 The third edition of the international fair of modern and contemporary art BEIRUT ART FAIR will be held from 5 to 8 July 2012 at the Beirut International Exhibition & Leisure Center (BIEL), with 40 galleries from the Middle East, Europe and North Africa, showcasing their flagship artists. With the participation of 27 new top-notch galleries, BEIRUT ART FAIR asserts its role and its influence on established and emer- ging international art scenes and wishes to impose its status as a hybrid fair.

In 2011, the fair was attended by 25 international galleries and has proposed several cultural exhibitions, which attracted over 10,000 visitors - collectors, journalists, artists, amateurs and professionals from the world of art.
The enthusiasm associated with the first two editions demonstrates a true artistic and economic develop- ment in the «ME.NA.SA.» region, which stretches from Morocco to Indonesia.

Alongside the galleries, numerous exhibitions will be enriching the cultural program, which promises won- derful discoveries stamped «ME.NA.SA.», in the fields of street art, VJing, comic strips, video, sculpture and installations.

In addition to these «events within the event», a series of lectures and roundtables will take place, reaffir- ming the role of Beirut as the cultural capital for the Arab world, Iran and Turkey. Professionals from the world of art as well as collectors and critics, are invited to exchange ideas pertaining to different subjects in order to understand contemporary art emanating from the «ME.NA.SA.» territory, in all its richness and diversity.

This year the fair expands its scope with design with the participation of several international galleries, which have chosen to exhibit the work of their creators, in Beirut in July.

An exchange platform between merchants, artists, collectors and art aficionados, BEIRUT ART FAIR pres- ents an entirely dedicated program to the “today’s” art (painting, sculpture, photography, installation, video, design...).
Renowned artists or waiting to be discovered, rising talents or stars of the «ME.NA.SA.» art, all the master- pieces showcased at BEIRUT ART FAIR testify to the effervescence of contemporary creation in the “fertile crescent”.
The diversity of trends presented at the fair is a reflection of the artistic exuberance that is moving the art world of today and tomorrow.

This year, BEIRUT ART FAIR has accentuated its exceptional artistic initiative with the support of cultural institutions, and received the patronage of the Arab World Institute as well as the labeling of the Cultural Council of the Union for the Mediterranean. Moreover, the 2012 edition has once again appealed to spon- sors and partners invested in the BEIRUT ART FAIR project, which gathers a committee of collectors that brings together hundred personalities from the arts community in Lebanon, Egypt, Saudi Arabia, UAE, Qatar, Kuwait, and also in Europe.

BEIRUT ART FAIR is an exceptional encounter standing out in the landscape of modern and contemporary art events, as a phenomenon based on both the art market and cultural discovery, and that by promoting exhibitions capitalizing on various emblematic sites of Beirut.
Alongside the galleries, numerous exhibitions are meant to enrich the cultural program, which promises wonderful discoveries stamped «ME.NA.SA.», in the fields of street art, VJing, comic strips, video, sculp- ture and installations.

In addition to these «events within the event», a series of lectures and roundtables will take place, reaffir- ming the role of Beirut as the cultural capital for the Arab world, Iran and Turkey.

« Correspondances », a proposition by Catherine David.
Catherine David was invited by BEIRUT ART FAIR to dedicate one of the spaces of the fair to present a new project that has never been exposed as a part of an art event. The project consists of the correspondence between two eminent figures of the Arab contemporary culture: the Saudi writer Abdel Rahman Munif, notable author of “City of Salt”, a five-volume novel which analyzes the upheavals incurred by the discovery of oil in the Gulf countries and the painter Marwan (Marwan Kassab Bachi), considered one of the greatest Arab artists.

This set of letters (largely illustrated in the case of Marwan) - complemented by a series of watercolor pre- parations realized by Marwan for the book covers of Munif – unveils a crossed reflection not only on literary and plastic creation, but also on the status of intellectuals and artists in the Arab and contemporary world.

* Eco-Board is a process to recycle plastic bags and plastic scrap (cups, plates, cutlery, CD’s, toothpaste tubes, tetra- pak juice & milk packages) into plastic panel boards.
A typical Eco-Board weighs about 15 kilograms and diverts about 2500 shopping plastic bags from ending up in a land- fill. All Plastics used in are collected & recycled locally in Lebanon, without any chemical or industrial additives. Is Art a transformation value ?

Comics Corner: overview on comic strips in the ME.NA.SA. region
This year, Beirut Art Fair presents for the first time, an exhibition dedicated to the ME.NA.SA. comics show- casing over thirty original drawings. The Comics Corner offers through the “ninth art“ an overview spanning from the Maghreb to Asia, passing by the Middle East, and unveiling how comic creators seize the political, social and economic situations of their native countries, whether they come from Lebanon like Zeina Abira- ched, Mazen Kerbaj, and Jorj Mhaya; from Tunisia, like Nadia Khiari; from Egypt, like Mohamed El Shar- kawi, Madgi El Shafi, Mohamed Khaled, Amer El Shomali, from Algeria like Gyps or from China like Nie Chongrui, Zhao Golo ou Zong Kai.

From Street Art to VJing: the urban creation of Beirut
Beirut Art Fair, in collaboration with Ginane EL Bacho, dedicates a space for the artistic creation born in the heart of the city and makes the walls speak to reveal five years of archives. This exhibition proposes a jour- ney across Beirut, its tags and graffiti, as well as its performances in urban areas. Links with the hip hop culture will be illustrated throughout the fair thanks to a mix of images realized by VJ César Kahwaji (video jockey) followed by another performance by a group of Lebanese artists: Ashekman. Other street artists in the spotlight include Yazan Halwani.

Round tables: dialogues about Arabic contemporary creation
These panel discussions will focus as much on the status of immigrated artists as on the development of foundations and patronage in Lebanon and in the Middle East; or even on matters related to the role of media in the artistic sphere...

8 pm : Book signing of the Comics artists, the Book Corner