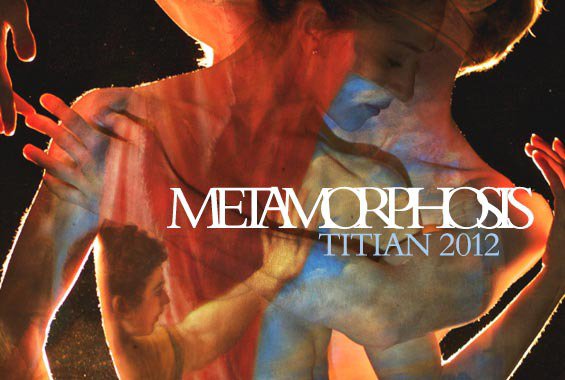 Metamorphosis: Titian 2012 will see a range of contemporary artists – including choreographers, composers, poets and visual artists – respond to paintings by Renaissance master Titian. Their work will be displayed at the National Gallery and performed at the Royal Opera House by the Royal Ballet.

At the heart of this collaboration are three of the greatest masterpieces by Titian in the United Kingdom: Diana and Actaeon, The Death of Actaeon and Diana and Callisto. Inspired by scenes from Metamorphoses by the Roman poet Ovid, the paintings will be displayed together at the National Gallery.

At the Royal Opera House, seven choreographers are joining forces with the Royal Ballet to create performances of three new works in response the paintings, with original music commissioned from leading British composers.

Three British contemporary artists – Chris Ofili, Conrad Shawcross and Mark Wallinger – are creating settings for new ballets at the Royal Opera House that respond to the Titian paintings. Their preparatory work will be shown as an exhibition at the National Gallery, along with new pieces created for the project.

As part of the project, the National Gallery has also commissioned new work by a range of poets – including Simon Armitage and poet laureate Carol Ann Duffy – inspired by the Diana series, which will re-examine the Ovid text and its influence on Titian.

A performance of the ballets on Monday 16 July will be screened live in Trafalgar Square and across the UK as part of the BP Summer Big Screens series.