Tauba Auerbach, E.V. Day, Jurgen Drescher, Richard Dupont, Spencer Finch, Carsten Holler, Alyson Shotz, and Aaron Spangler. These artists take a systems based approach to their processes or critique the structures and organizations which spread into our lives and communities. 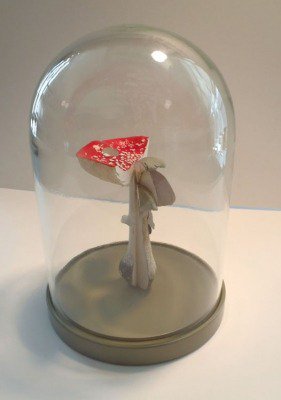 We are pleased to announce the exhibition SYSTEMIC, at Carolina Nitsch Project Room, 534 W. 22nd St, New York. This group show will feature work by Tauba Auerbach, E.V. Day, Jürgen Drescher, Richard Dupont, Spencer Finch, Carsten Höller, Alyson Shotz, and Aaron Spangler. These artists take a systems based approach to their processes or, in some cases, critique the structures and organizations which spread into our lives and communities. As in a “hive mentality” there is also some overlap in the themes, process and materials that each of these artists utilize. Auerbach, Day, Finch and Shotz take a mathematical approach to their methodology by multiplying simple forms or concepts into contemplative constructions. Dupont, Drescher, Höller and Spangler offer a critical view of various systems and collective behavior through history and in contemporary culture.

Tauba Auerbach has created an oversized pop-up book titled [2, 3] (2011), featuring six die-cut paper sculptures that unfold into wonderful, elaborate forms. Engineered by the artist, each “page” opens into a beautifully constructed object, intricately conceived so that the large-scale paper works can be collapsed totally flat. The pieces evolve from a range of geometric forms and stand as an astonishing art-object; part bookwork and part sculpture, and represents an advance in the field of pop-up technology.

Pollinator (2012) by E.V. Day continues her exploration of the reproductive organs of flowers, which started as high resolution scans and were then split and mirrored vertically as in a Rorschach print. This latest incarnation takes the two-dimensional information and extracts it back into space. With its polished, metallic surface, this sculpture becomes, both literally and figuratively, a place for reflection about reproduction and replication, about endurance and timelessness, and about using technology to give an evanescent life form a futuristic, alternate existence.

Jürgen Drescher’s Speech Bubble XII (2011) is a silver plated epoxy form; a sculptural appropriation of a 2-D graphic convention reflecting a distorted version of the viewer. Drescher is concerned with transforming everyday “found objects” through the casting process into “ready-made” art objects, which emphasize a skepticism and mistrust of social regulations and commercially orientated agreements.

Head Head (2011) by Richard Dupont is a solid cast polyurethane head with smaller heads imbedded inside. These include various cast life masks of the artist as well as life masks of arbitrary celebrities (Leonard Nimoy, Angelina Jolie, Beethoven) acquired over the internet. Also included are aged epoxy rapid prototypes of both the artist and his wife dating back to an earlier sculptural tableaux from 2003; as well as two antique glass heads- one clear and one black glass. This work acts as a repository for concrete identity, memory and artistic process, and illustrates the growth and fragmented physical nature of digital identity. It addresses the function of memory and its physical manifestations at a time when these are shifting away from older forms of memorialization- life casting, traditional portraiture, and photography- towards a digital residue.

Carsten Höller’s Multiple Mushroom Dome (2012) was published by Carolina Nitsch for the New Museum of Contemporary Art, where the artist recently had a large survey exhibition. This small work combines three different types of mushrooms into a sculptural hybrid, the most recognizable being the red and white spotted, psychotropic Fly Agaric fungus, which has been important to shamanic cultures of Eurasia, and has been the subject of many projects and installations by the artist.

Spiral (for LB) is part of Alyson Shotz’s continuing examination of repeating form in rotation and variation. It has a mathematical structure which is based on the notion of rotation around a central point. The sculpture is built to the scale of an average woman's height and inspired by Louise Bourgeois "Spiral Woman". In this case the woman is abstracted into geometry, but also spinning around a center, hovering directly above the floor. The appearance of this work is largely informed by external factors that change throughout the day- changes in light and season appearing on its surface.

Aaron Spangler’s Christian Separatist Home Birth (2012) is a massive wood cut, part of a larger series, made from connected panels of basswood, which were logged and milled in North Western Minnesota where the artist lives. The use of material here is important in considering that culture is partly created by ones environment.

For further information or images please contact the gallery at 212-645-2030 or email: info@carolinanitsch.com