Sammen/Together is an international exhibition examining aspects of human communality in an age of cultural divide and conflict. It intends to be a call for other human fellowships than those based on nation or ethnicity. "Francisco de Goya: Los desastres de la guerra" shows a selection of graphic works, circa 1810 - 1820, a visual protest against the violence of war and the horrors that follow in its wake. 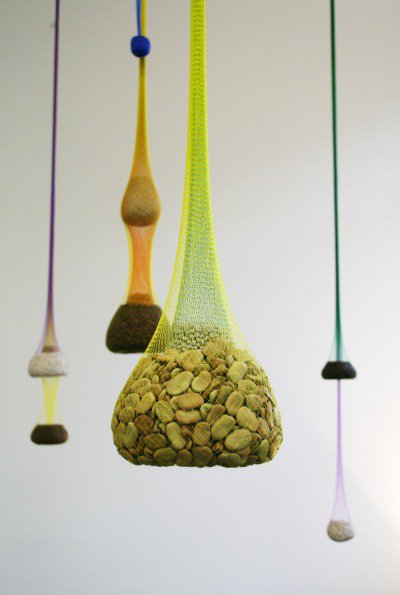 The exhibition Sammen/Together approaches human communality on a variety of levels. Society and most human existence is based on some sort of communality, the more sophisticated the society, the more invisible and intrinsic does this communality seem to become. Our lives are woven into one texture, which we sometimes hardly notice and therefore take for granted. Until—for instance—disaster strikes. Suddenly we are moved back to the fundamentals of our lives. The sheer facts of being alive, of sharing pain, loss, uncertainty, despair, hope. For a moment we are forced together under one huge shared experience. We did not ask for it, we did not expect it. It came uninvited.

The exhibition Sammen/Together deals with basic human conditions like life and death from very general and fundamental aspects. By approaching these issues, the exhibition wants to address our need to build hope, to construct images and symbols that can be used as tools to come to grips with our most painful experiences. It is sometimes said that people die for a cause, and that they die for the living. But it is more certain that those alive are forced to live for the dead.

The exhibition Sammen/Together is also intended as a manifestation against nationalism, ethnocentrism, and religious dogmatism in an age that sees one brutal act after the other being committed in the names of nation, ethnicity, and religion. It gives above all voice for an open and inclusive society. This approach is not an indication of how any of the individual works should or even could be understood—at least none of the works can be reduced and simplified in this way. It is rather an indication of the perspective from which it has been initiated, which deliberately wants to stand out as a manifestation for the good in humanity and society, in a time when propaganda for destruction, dehumanization, and exclusion of groups and individuals has become commonplace even in regular newspapers.

The intention of the exhibition is to look forward, to invigorate hope, to trigger a critical discussion on issues particularly of nation and nationality. It speaks for human values and shared humanity. It will be a dignified exhibition, but it also wants to challenge and influence. It is propaganda for the good.

In connection with the exhibition, the museum organises the workshop Common ground with Nina Fischer & Maroan El-Sani. The workshop is organised in cooperation with Trondheim Academy of Fine Art. It is free of charge and open for all.

On Saturday 21 July at 1pm, Trondheim Kunstmuseum organises an Artist talk with artists and others involved in the exhibition.

Trondheim Kunstmuseum shows a selection of Fransisco de Goya’s series of graphic works Los desastres de la Guerra (The Disasters of War), circa 1810 – 1820, a visual protest against the violence of war and the horrors that follow in its wake. The prints depict scenes from the bloody fight for the Iberian Peninsula, from 1808 to 1814, between Napoleonic France and Spain. Rebel soldiers and farmers, men, women, children and old people fought against French soldiers in a bloody war that has been referred to as the first guerrilla war. In Goya’s series, we gain an insight into the raw, desperate and cruel reality which is the true face of war. This is a contrast to official heroic depictions of soldiers and generals. Much of the series also deals with the hunger and hardships of everyday life, and ordinary people’s resistance against heavy odds. The series, which consists of 82 prints, is an uncompromising artistic documentation of conflict.

Goya’s depiction of the atrocities he witnessed was not printed and presented for the public until 35 years after the artist's death. Only then was it deemed proper, and politically safe, to show a series of artworks with such an explosive force and of such critical character. In our day and age, we are forced to relate to a continuous and rapid flow of visual information that shows human suffering and monstrosities. Media’s image flow is immediate and topical, at times also directly transmitted and experienced in real time. How do these characteristics influence us? How do they shape our view of conflicts and injustice? The exhibition encourages discussion and the study of related themes, through available literature in the exhibition space, events and guided tours.

The selected prints are borrowed from Norrköping Art Museum.

In relation to the exhibition, the museum organises a talk with photographers Kim Nygård and Kjell A. Olsen. The event will take place on 5 September at 7pm in TKM Bispegata.

The exhibitions opens on 20 July at 7pm in TKM Bispegata.