The State of Human Rights. The show is a major international contemporary art exhibition dedicated to human rights. It will be divided into several thematic chapters that trace the development of human rights and their rise, particularly since the 1970s. 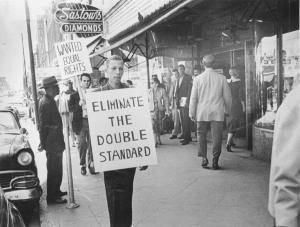 More than sixty years after the Declaration of Human Rights, the protection of human rights is still an urgent global issue. NEWTOPIA: The State of Human Rights is a major international contemporary art exhibition dedicated to human rights. It will chart the development of the human rights movement and its evolving discourse since the post-war era. NEWTOPIA will explore the numerous, complex, and multi-faceted issues pertaining to human rights. The exhibition will be divided into several thematic chapters that trace the development of human rights and their rise, particularly since the 1970s. It will negotiate the different and complex facets of human rights: from civil and political rights, social, economic and cultural rights, to the right to sustainable development, to peace, and to a healthy environment, while emphasizing the indivisible, interrelated, and interdependent nature of these rights.

NEWTOPIA will be on view in Mechelen, Belgium, from 1 September to 10 December 2012, and will feature a satellite exhibition in Brussels. NEWTOPIA will present more than 70 acclaimed and emerging artists working in diverse media. Many of them come from countries and regions where human rights have been or still are a particularly contested issue such as the Arab World, China, Latin America, and the former Soviet Republics. Half of the artists come from non-Western countries.

Important art historical positions such as Cengiz Çekil (Turkey), Eduardo Gil – El Siluetazo (Argentina), Lynn Hershman Leesson (USA), and Jan Švankmajer (Czech Republic), among others, will also be included. There will be two new commissions in public space, a large-scale video installation by the internationally renowned Polish artist Krysztof Wodiczko and a mural by the Egyptian artist Ganzeer, who has been the driving force behind the visuals in public space for the Egyptian revolution. Finally, there will also be a curated exhibition within the exhibition itself; South African, Brussels-based artist Kendell Geers decided to open up his solo invitation to NEWTOPIA and invite guests and friends to share their personal visions and interpretations of the complex subject of human rights. His project includes, among others, Marina Abramovic, Barbara Kruger, Ilya & Emilia Kabakov, Nedko Solakov, and Zapiro.

NEWTOPIA is curated by Katerina Gregos, who is currently on the curatorial team of Manifesta 9, and was curator of the exhibition Speech Matters for the Danish Pavilion at the 54th Venice Biennale (2011).

NEWTOPIA coincides with the opening of the new Kazerne Dossin Memorial, Museum and Documentation Centre for the Holocaust and Human Rights and is configured as a parcours in various cultural institutions in the city-centre of the historic Flemish city of Mechelen—only 20 minutes from Brussels.

NEWTOPIA is part of the exhibition cluster Visual Arts Flanders 2012, which comprises five international exhibitions in the region of Flanders.

Amnesty International and Human Rights Watch are both partners of the project.

LOCATIONS
Newtopia is configured in the form of a parcours that will entail a rich combination of historical and cutting-edge art, all easily accessible on foot in the city centre of Mechelen.
Cultuurcentrum MechelenOude Mechelse Vleeshalle foto Tijl VereenoogheHof Van BusleydenCongres- en Erfgoedcentrum Lamot.

It will take place in some of Mechelen's prominent cultural institutions, which include, among others: Mechelen Cultural Centre; Lamot Conference and Heritage Centre; the Academy of Fine Arts; Museum Hof Van Busleyden; and the public space.

Newtopia precedes the opening of the new museum Kazerne Dossin: Memorial, Museum and Documentation Centre on Holocaust and Human Rights (official opening by the end of November). Newtopia will also feature a satellite exhibition in Brussels, at ING Cultural Centre in the heart of the city.