Masterpieces from the Prado. 100 masterpiece to show the internal and external factors that contributed to the development of modern Spanish identity, through developments in painting on the Iberian Peninsula. 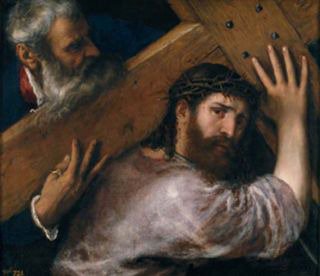 ‘Portrait of Spain: Masterpieces from the Prado’ has been specially curated for the Queensland Art Gallery by the Museo Nacional del Prado, Madrid (the Prado). It is the largest and most significant international loan the Prado has ever undertaken, and is also the first exhibition from their collection ever to be shown in the Southern Hemisphere.

This exhibition features over 100 masterpieces from one of the most revered collections of European painting in the world and tells the story of the evolution of painting in Spain over three and a half centuries. This ‘portrait of Spain’ shows the internal and external factors that contributed to the development of modern Spanish identity, through developments in painting on the Iberian Peninsula.

On display are masterpieces by leading painters of the sixteenth, seventeenth and eighteenth centuries, including El Greco, Velázquez, Ribera and Murillo. Foreign artists who worked for the royal court and directly influenced the development of painting in Spain are also well represented, with superb paintings by Titian, Peter Paul Rubens, Giovanni Domenico Tiepolo and Anton Raphael Mengs all featured.

Courtly life under the Habsburg (1516–1700) and Bourbon (1700–1808) monarchs will be glimpsed through outstanding paintings from the Royal Collections, which formed the basis of the Prado when it was established in 1819. These include portraits, mythological scenes, devotional paintings and exquisite still lifes that reveal the splendour of Spain’s ‘Golden Age’.

The life and times of various levels of Spanish civil society are portrayed in works by noted artists from the late eighteenth and early nineteenth centuries. Pre-eminent among these was Francisco de Goya, whose work is represented by major paintings and an important selection of prints from his three extraordinary and confronting series, 'Los Caprichos', 'Los Disparates' and 'Los Desastres de la Guerra' (‘The Disasters of War’).

The emergence of a fledgling Spanish national identity in the mid nineteenth century is witnessed in a series of landscapes, portraits, religious scenes and nudes by major figures in nineteenth-century Spanish painting such as Federico de Madrazo, Eduardo Rosales, Mariano Fortuny, Aureliano de Beruete and Joaquín Sorolla. These paintings both reflect the emergence of a modern Spain and demonstrate the ways in which the visual arts assisted in its formation.

This is an unprecedented opportunity to see extraordinary works of art, created by some of history’s most renowned and revered painters, from one of the most prestigious and unique museum collections in the world.

The Museo Nacional del Prado
The Museo Nacional del Prado (the Prado), Madrid, is one of the leading museums of the world, recognised for its unparalleled collection of European painting and sculpture, and, in particular, its holdings of Flemish, Italian and Spanish painting. The Prado’s strengths in these areas are due to the tastes of the Spanish monarchs who, from the fifteenth century onwards, avidly collected art and patronised contemporary artists such as Titian, Rubens, Velázquez, Murillo and Tiepolo. Today, the Prado is one of the most visited museums in the world and, through its dynamic exhibition, publishing, conservation and research programs, continues to influence art historical research and contemporary museology.

La Sala del Prado
Visitors to ‘Portrait of Spain’ are invited to experience the vibrancy of Spanish history and contemporary design, food and culture in La Sala del Prado — a large-scale lounge environment complementing the exhibition.

La Sala del Prado features an integrated cafe and interactive spaces that reflect cutting edge contemporary Spanish design. The enticing range of experiences relating to the rich exhibition themes and artists in ‘Portrait of Spain’ includes fun multimedia interactives and drawing activities, as well as programs and events for all ages. Sponsored by ACCIONA

The Gallery is committed to partnering with leading art museums internationally, working with the finest institutions and curators from around the world to give Australian audiences access to these important collections and exhibitions.