Sehgal doesn't produce objects - his artworks are live encounters between people. He will involve visitors through conversation, dance, sound and movement, as well as philosophical and economic debate. His new work will be the 13th to be commissioned in The Unilever Series. Part of the series 'The Tanks: Art in Action', the week long residency by New York based Japanese artist invites to join him for Joy of life, an art historical workshop, and 'Single's night', a participatory, free event. 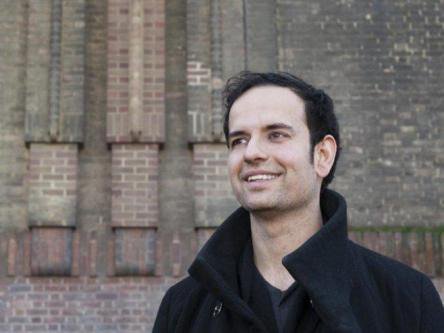 Tate has announced that Tino Sehgal will undertake the annual commission for Tate Modern’s Turbine Hall in 2012. To be unveiled on 24 July that year, Sehgal’s new work will be the thirteenth to be commissioned in The Unilever Series.

Tino Sehgal undertakes the annual commission for Tate’s Turbine Hall in 2012. Sehgal has risen to prominence for his innovative works which consist purely of live encounters between people. Avoiding the production of any objects, he has pioneered a radical and yet entirely viewer-oriented approach to making art. His works respond to and engage with the gallery visitor directly, creating social situations through the use of conversation, dance, sound and movement, as well as philosophical and economic debate. Having trained in both political economics and choreography, the resulting works are renowned for their high levels of interaction, intimacy, and critical reflection on their environment.

Some of the most memorable examples of Sehgal’s practice have involved direct physical or aural encounters, such as This is Propaganda 2002. Shown at the Tate Triennial in 2006, this took the form of a female museum attendant singing the title of the work each time a visitor entered the room. On other occasions, the artist’s output has been more akin to a forum for discussion. His most complex work, This Situation 2007, required the participation of a group of intellectuals. They occupied an otherwise empty gallery space and interacted with each other and the audience in accordance with a set of rules and games established by the artist, a format which many of Sehgal’s works have used to create an environment that is both unfamiliar and engaging.

Sehgal’s recent solo exhibition at the Guggenheim Museum, New York in 2010 centred around This Progress 2006, a piece first shown in London at the ICA. Visitors to Frank Lloyd Wright’s iconic spiral ramp were greeted by a young child who began a conversation by asking what ‘progress’ could be. As they walked up the ramp, they were handed over to a succession of increasingly older participants, who each furthered the discussion in varying ways until a senior participant bade the visitor farewell. These unrehearsed conversations provided an encounter that was always unique and personal, raising questions through non-confrontational dialogue about contemporary society, and inspiring an emotional, psychological and intellectual response.

The Unilever Series: an annual art commission sponsored by Unilever

Joy of life and Single's night

New York based Japanese artist Ei Arakawa takes up a week long residency in the Tanks.

Slide shows of works by artists Silke Otto-Knapp and Florian Pumhösl will be projected on to the walls of the Tank, alongside a large scale reproduction of Jutta Koether’s painting La Femme, to provide a theatrical backdrop for the week’s series of collaborative performances and actions. Inspired by Arakawa’s research into the Jikken Kobo and Gutai groups whose activities took place in the 1950s in post-war Japan, exploring performance and cross-disciplinary action.

During the week you are invited to join Arakawa for JOY OF LIFE, an art historical workshop with Harumi Nishizawa and Miwako Tezuka; the new generation of Japanese art historians of the pre and post-War period, exploring the relationship between art and theatre in the 1920s, early ballet productions in Japan, pre-Gutai Gutai and Jikken Kobo.

Evening events include SINGLE’S NIGHT a participatory, free event where singles are invited to dance with Jutta Koether’s work Mad Garland, accompanied by sensual music provided by Stefan Tcherepnin, a screening of Fukushima Hula Girls (2012), a film about hula girls in Fukushima amidst the post-earthquake confusion, accompanied by a dance with new glass paintings by Kerstin Brätsch, and Kissing The Canvas, Arakawa’s non-dance dance performance, which actively utilizes Jutta Koether’s La Femme theatrical backdrop as a central actor within the piece.