Works by six internationally active artists are shown on billboards around the city. Social, political and historical structures are points of departure for many of the artworks, which will meet the audience on different sites and in the middle of everyday life: Haris Epaminonda, Meric Algun Ringborg, Nevin Aladag, Olivia Plender, Runo Lagomarsino and Superflex. 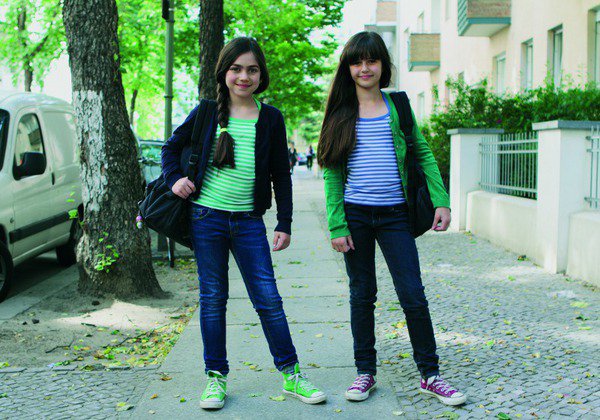 While Malmö Konsthall is closed for renovation, the art moves out into public space. Starting August 1, works by six internationally active artists are shown on billboards around the city. Social, political and historical structures are points of departure for many of the artworks, which will meet the audience on different sites and in the middle of everyday life.

SHOW OFF is a collaboraton between Malmö Konsthall, the city of Malmö and the Point Centre for Contemporary Art, Cyprus.

Haris Epaminonda (b. 1980, Cyprus. Lives in Berlin) works mainly with collage, video and photography. The point of departure for her paper collages is found material from books and magazines from the 1950’s and ’60s. Epaminonda’s work circulates between a real and a potential or illusory past/future. This creates a poetic, surreal and uncanny maze as if the found and reworked material was a loophole in time. For the exhibition in Malmö, Epaminonda presents two dreamy and exotic landscape photographs.

Meriç Algün Ringborg (b. 1983, Turkey. Lives in Stockholm) has a conceptual approach and often works with text. Since moving from Turkey to Sweden, Ringborg has used her daily experiences of trying to become a European citizen as a point of departure. She focuses on already existing structures in life, such as bureaucracy, language, home and belonging. Her two contributions are connected to the issue of citizenship and state the questions: “If you reside in a country other than your country of origin, have you permission to return to that country?” and “Are you and your partner living in a genuine and stable partnership?” These are both a part of her encyclopedia-like work The Concise Book of Visa Application Forms, that consists of questions taken from all the visa application forms to all the countries in the world.

Nevin Aladağ (b. 1972, Turkey. Lives in Berlin) works with sculpture, video, installation and performance. Through video and performance she often investigates and challenges concepts about public space. The artist has also worked with what she considers as alternative urban languages. In several works she questions and studies social relations, identity and cultural signs. During recent years, Aladağ has developed a new body of photographic work entitled Best Friends, which will be presented in Malmö. The series documents couples in public spaces; not lovers, but people who identify themselves so much with their close friends that they begin to show their symbiosis through clothing codes.

Olivia Plender (b. 1977, England. Lives in Berlin) has a research-based practice, which explores and questions political, historical, educational and social structures and hierarchies within our society. Plender’s work consists of books, installations, texts and drawings. Within these, issues of authority are constantly poked at and dissected. Plender presents two different billboards with the phrase “The Truth Itself Speaks Through Me” – a text that refers to itself but at the same time raises questions about “the voice of authority”.

Runo Lagomarsino (b. 1977, Sweden. Lives in Malmö and São Paulo) is interested in challenging discursive and historical mechanisms and questioning representational systems traditionally used as tools to convey meaning, truths or political ideologies. In his works, the artist often reflects on the consequences of a colonialist past that reverberate in the present. He uses text, photography, video and found objects – such as matches, maps, slides and natural resources like the sun – to create his conceptual and poetic work. Lagomarsino’s contribution consists of a billboard that asks “Are We the People We Are Waiting For?” presented next to a reproduction of Jean-Léon Gérôme’s painting Bonaparte Before the Sphinx (ca. 1868).

Superflex (est. 1993 by Bjørnstjerne Christiansen, Jakob Fenger and Rasmus Nielsen, Denmark. Live in Copenhagen and Stockholm) describe their projects as tools; models or proposals that can actively be used, utilized and modified by the user. Through their work and exhibitions, Superflex try to make alternative models for the creation, dissemination and maintenance of social and economic organization. They often examine financial, economic and legal structures and question their authority. SHOW OFF presents a new work by the group, depicting a manipulated euro coin – a symbol of the European currency devoid of actual value.

Opening for press and the public Wednesday August 1 at 11 a.m. with Jacob Fabricius, Director of Malmö Konsthall. Meet at the main entrance for a guided tour by bus. Limited number of seats. Note! Only press may pre-book.

Guided tour Sunday August 12 and 19. Meet at 2 p.m. at the main entrance for a guided tour by bus. No pre-booking and limited number of seats.