The exhibition means to 'examine a few of the many attempts in which artists have employed the absence of sound or speech over the last century'. Ranging from uncanny to incantatory to experiential, the broad range of works reflects the many ways in which artists invoke silence to shape space and consciousness. Works by Giorgio de Chirico, John Cage, Bruce Nauman, Tino Sehgal and many more. 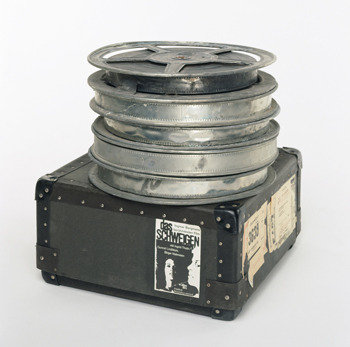 Whether experienced as a source of inspiration, enigmatic force, or unsettling limbo zone, silence is elusive in today's world. Inspired by John Cage's 1952 groundbreaking composition 4'33", Silence—co-organized by the Menil Collection and the University of California, Berkeley Art Museum and Pacific Film Archive—offers a thorough and stirring exploration of the exhibition's subject.

Conceived by Toby Kamps, Menil curator of modern and contemporary art, the exhibition means to "examine a few of the many attempts in which artists have employed the absence of sound or speech over the last century." These attempts, Kamps added, have embraced silence as phenomenon, metaphor, force—and as an environmental state expressed in performance. Silence can also possess and convey powerful political meaning.

Ranging from uncanny to incantatory to experiential, the broad range of works on view in the exhibition are not all without sound, but all reflect the many ways in which artists invoke silence to shape space and consciousness.

Beginning with forebears Giorgio de Chirico and René Magritte, the exhibition advances to a number of artists who came of age in the 1950s and 60s, including Robert Rauschenberg and Ad Reinhardt, and such European contemporaries as Josef Beuys and Yves Klein.

Described by Kamps as "the silent big bang" at the heart of the exhibition—Cage's 4'33" stands as perhaps the most legendary deployment of avant-garde silence. This three-part piano piece, first performed in 1952 by virtuoso David Tudor, contains no actual playing of music. It instead calls attention to the ambient sounds surrounding the audience, corroborating Cage's assertion that there is "no such thing as silence"—that the natural world is continually generating new forms of music.

Cage cited Rauschenberg's White Paintings as a prime stimulus for 4'33", calling the flat white canvases "airports for the lights, shadows, and particles." One work from that series—White Painting (Two Panel)—will be on view in the exhibition.

Among the show's paintings, sculptures, performances, sound, and video works are the iconic Box with the Sound of Its Own making by Robert Morris; a work by Bruce Nauman, Violence Violins Silence; and documentation of the performance piece One Year Performance by Tehching Hsieh.

Silence builds on selections from 20th-century masters with challenging recent work by younger artists. Mark Manders, a Dutch sculptor working in Belgium and the Netherlands, has made two new installations for the show. Silent Head on a Concrete Floor depicts a vertical slice of a head bound by straps between piano key-like wooden slats, all resting on a newspaper of the artist's invention that uses every word in the English language in random order. Another noteworthy piece is Kurt Mueller's Cenotaph, a neon-festooned Rock-Ola Legend jukebox filled with 100 CD recordings of historical, commemorative moments of silence.

The BAM/PFA film and video component of the exhibition, "The Sounds of Silence"—developed by that institution's video curator, Steve Seid—features a selection of groundbreaking films that investigate the influence of sound on moving images and also the sometimes-intertwined sources of sound and images. The three-part film and video program includes works by 21 filmmakers, videographers, and intermedia artists, ranging from Maya Deren's Meshes of an Afternoon and Joseph Cornell's Rose Habart, abstractions by Stan Brakhage and Nam June Paik, work by video pioneer Steina, and pieces by young artists who work across genres and mediums.

Silence is accompanied by a comprehensive exhibition catalogue. Interpretive essays—by exhibition curator Toby Kamps; Steve Seid, video curator at BAM/PFA; and art historian Jenni Sorkin—exlore silence as both subject and medium. The volume also includes more than forty full-color plates and as well as comprehensive information on the exhibited works and artists.