He Was Wrong. The exhibition represents a passionate confrontation between what are perhaps the greatest of rivals in 20th century art. Reflecting on the resistance each artist felt towards the other is especially meaningful given that 2012 is the centennial anniversary of the first meeting between Picasso and Duchamp. In large measure, it is composed of works by these two artists from the Moderna Museet's collection. 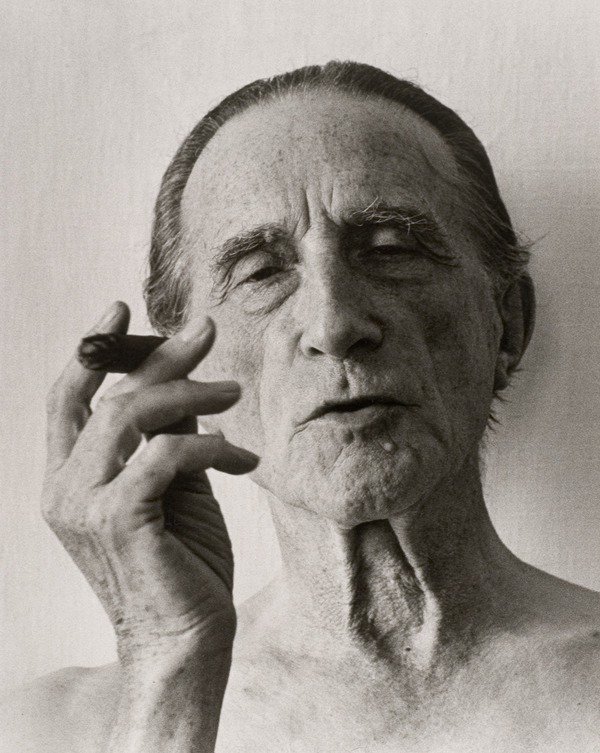 With the exhibition Picasso/Duchamp “He Was Wrong”; the Moderna Museet in Stockholm sets two giants, Pablo Picasso and Marcel Duchamp, up against each other for the first time. They are often regarded as the two most influential artists of the 20th century – Picasso, who personified the modernist painter, and Duchamp, the indifferent ironist and chess genius, who challenged painting and transformed art into a maze of intellectual amusements. Now, visitors to the Moderna Museet have a unique opportunity to witness this battle of giants and see where it leads.

They may appear incompatible when contrasting the purpose of painting, and the eye versus the mind:
“If only we could pull out our brain and use only our eyes.” - Pablo Picasso
“I was interested in ideas, not in visual products. I wanted to put painting again in the service of the mind.” - Marcel Duchamp

Pablo Picasso and Marcel Duchamp are often seen as contraries. And admittedly, although they were often in each other’s immediate surroundings and shared many patrons and collectors, they nevertheless appear to have manoeuvred in totally different worlds. They were so different that their respective ideas on what art should be and can be seem irreconcilable, and yet from their extreme positions they simultaneously exerted incalculable influence on the destiny of modernism. Indeed, the author Octavio Paz once wrote: ‘Perhaps the two painters who have had the greatest influence in this century are Pablo Picasso and Marcel Duchamp. The former with his entire oeuvre; the latter with one single work, which is a veritable negation of the modern sense of work.'

The exhibition Picasso/Duchamp “He Was Wrong” represents a passionate confrontation between what are perhaps the greatest of rivals in 20th century art. Reflecting on the resistance each artist felt towards the other is especially meaningful given that 2012 is the centennial anniversary of the first meeting between Picasso and Duchamp. The contrasts between the two artists will be explored, from Picasso’s fascination with the Minotaur to Rrose Selavy, Duchamp’s feminine alter ego. Before Picasso died in 1973, he had noted, with rising resentment, that other artists were challenging his legacy. According to Picasso’s biographer, John Richardson, the growing number of young artists who preferred Duchamp was something that Picasso could never reconcile. Richardson writes: “If it had been Matisse, who was always a rival, it wouldn’t have mattered. But who were they looking up to on the other side of the Atlantic but Marcel Duchamp of all people! Picasso despised him.” Allegedly, Picasso’s only comment on hearing that Duchamp had died was: “He was wrong.” Perhaps this is only to be expected, since Duchamp was considered to be the artist who challenged the very foundations of Picasso’s prominence: the eye, the hand, and painting itself.

Picasso/Duchamp: “He Was Wrong” emphasises the rivalry, but also lifts up correspondences, and a proximity between Picasso and Duchamp that has often been virtually ignored. Both artists were promoted in the 1930s by the leader of the surrealist movement, André Breton, who also devoted an issue of the journal Minotaure to each of them.

“We are featuring one of the most magnificent and productive rivalries of 20th century art. The most influential painter is juxtaposed for the first time in this way to the artist who has most poignantly challenged painting itself and insisted on other possibilities. This exhibition will be valuable to anyone who sometimes asks what art is and what it can be," says Daniel Birnbaum, Director of Moderna Museet.

In large measure, Picasso/Duchamp “He Was Wrong” is composed of works by these two artists from the Moderna Museet’s collection. The Museum has one of the world’s most prestigious collections of work by Duchamp, with The Large Glass, La mariée mise à nu par ses célibataires, meme (1915-1923), as its centrepiece. It also has a substantial collection of paintings, sculptures, prints and drawings by Picasso. Thanks to additional loans, the exhibition will cover nearly seven decades of Picasso’s oeuvre.

Two major works from the museum’s collection, Picasso’s Bouteille, Verre et Violon (1912) and Duchamp’s Bicycle Wheel (1913) are set side by side to highlight the substantial incongruence between each artist’s approach to modernism. Notably, over the course of this exhibition, which opens in 2012 and closes in 2013, these two works of art will pass through their centennial anniversary. It has been 100 years since Picasso and Duchamp first asserted their influence on modern art becoming in Paz’ words, the “greatest influence on our century.”

Moderna Museet’s history is intimately linked to both artists. In 1956, before Moderna Museet was officially opened, Pablo Picasso’s legendary painting Guernica (1937) was exhibited in Stockholm. A few years later, in 1961, Marcel Duchamp visited Stockholm and providing crucial inspiration for a new generation of artists and numerous exhibitions that followed on at Moderna Museet. The upcoming exhibition is greatly enhanced by works borrowed from museums and private collections in Sweden, Denmark, France and Switzerland.

An illustrated catalogue with new essays by Daniel Birnbaum and Ronald Jones will be published in conjunction with the exhibition. The catalogue is published in association with Verlag Walther König, Cologne.

The exhibition is sponsored by Deloitte.

Invitation to the press preview on 23 August at 10 am-12 noon.
You are hereby invited to the press preview of Picasso/Duchamp “He Was Wrong”, on Thursday, 23 August, at 10 am-12 noon. Introductory talks by Moderna Museet’s director, Daniel Birnbaum, co-director Ann-Sofi Noring, and the curators Ronald Jones, University College of Arts, Crafts and Design – Konstfack, and Annika Gunnarsson, Moderna Museet.