A key starting point for the exhibition is the work of US artist, performer and underground filmmaker Jack Smith: his scandal-sparking film Flaming creatures (1962-63) is the source of the title of the new presentation. The exhibition features works by John Bock, Lizzie Fitch, Birgit Hein, Mike Kelley, Paul McCarthy, Bruce Nauman, Tony Oursler and many more. 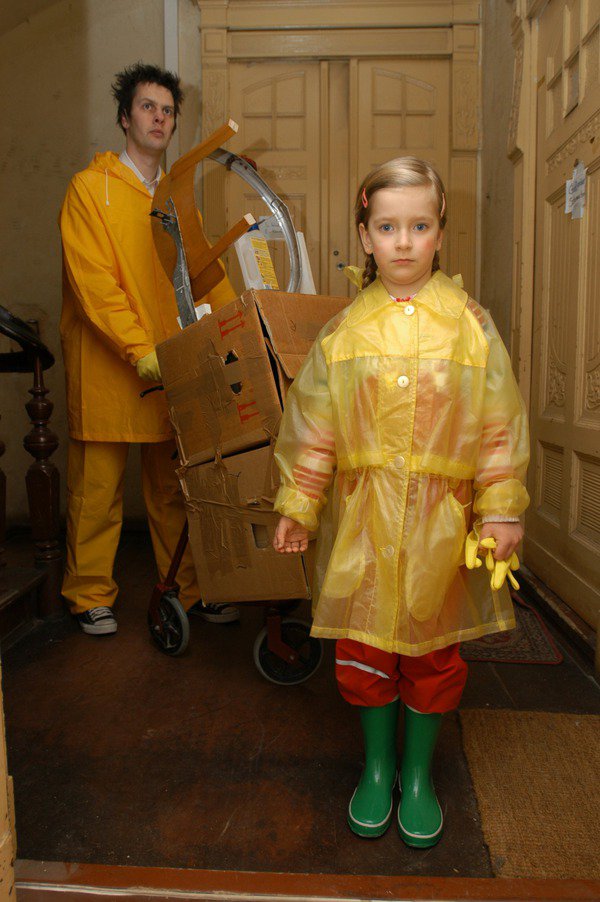 NUMBER SIX: FLAMING CREATURES (8 September, 2012 – Spring 2013)
A “love of the unnatural: of artifice and exaggeration” is how writer Susan Sontag, marked the concept of “camp”, which forms the red thread running through this exhibition from the JULIA STOSCHEK COLLECTION.

“Camp” is an exaggerated kind of perception that emerged in the course of aestheticism and dandyism. “Camp” first came into being at the turn of the 20th century and peaked in the 1950s and 1960s.

A key starting point for the exhibition, and one of immense historical importance, is the work of US artist, performer and underground filmmaker Jack Smith (born in 1932. Died in 1989); his scandal-sparking film FLAMING CREATURES (1962-63) is the source of the title of the new presentation.

Jack Smithʼs oeuvre strongly inspired an entire generation of artists such as Andy Warhol, Robert Wilson, Cindy Sherman, John Waters and Mike Kelley. Without him, “Camp”, Punk and Pop-Postmodernism would be inconceivable, as would experimental theater.

FLAMING CREATURES is a surrogate for something that manifestly materializes as an extreme, excessive and exuberant element in the positions taken by the individual artists. In this context, Jack Smith should be seen not as the source of the idea, but as a key position in a critical enquiry into reality and fiction, identity and gender. An appropriation of fictitious realities or creaturely processes is common to all the works represented in the show.

SIN: This greets the visitor in the first room of the exhibition, lettering emerging from a bank of clouds in a work by Ed Ruscha (born in 1937). SIN-WITHOUT (2002), the full title of the piece, takes the initially inauspicious message, negates it and provides an ironic take on it. Here, Ruscha, who above all focuses on dissection, physicality and significance of language in his paintings, takes a known motif from the film world and places it within an inflated, religious context. In its appearance, the lettering imitates a closing sequence often seen in black-and-white movies, their conclusion announced with the French word “Fin”. Ruscha ennobles this in fact meaningless scene and confronts the beholder with a semantic misdirection that has been relieved of its original meaning and seeks to reveal the manipulative potential of the word.

The left-hand side of the first floor exhibition space will be taken up by the TRILL-OGY COMP (2009) multimedia installation created by US artist Ryan Trecartin (born in 1981). He devised the installation, which extends across three rooms, together with fellow artist Lizzie Fitch (born in 1981).

In the three videos that make up the piece, Trecartin creates a hyper-reality that starts with everyday communication patterns and takes them to quite supernatural heights. The conversations among the protagonists do not follow any traditional narrative structure and instead their language is shot through with a jumble of grammatical inaccuracies, acronyms from Internet jargon and text-message abbreviations, and influenced strongly by the opportunities media images offer us all today.

Jack Smith is the central figure on the exhibitionʼs second floor. His films form the focal point of the presentation, flanked by costume accessories, collages, an extensive photo cycle by Gwenn Thomas (born in 1945) and a TV documentation by Birgit Hein (born in 1942).

FLAMING CREATURES (1962-63) was strongly influenced by the 1940s Hollywood B movies such as Ali Baba and the Forty Thieves and constitutes a homage to María Montez, a film star of the time and object of admiration for Smith. Although structured like a conventional feature film, his first cinematic piece takes place in a rather unusual setting – a harem of women, men and transvestites. But despite a long-standing ban on showing the film, it still quickly achieved cult status. In addition to FLAMING CREATURES, a cinema room designed especially for the exhibition will also show another five, carefully selected 16-mm films, accompanied by two annexed exhibition spaces. Today, Smith, a Bohemian who died of AIDS in 1989, is considered one of the most important directors in US underground film between the 1950s and 1970s. His work distinguishes itself in its lightness, playfulness and its fancy for eccentricity and absurdity, and would go on to become a role model for both the film and art worlds. Mike Kelley (born in 1954. Died in 2012) was one of the most provocative post- conceptual artists on the West Coast. Kelley developed his incomplete series entitled EXTRACURRICULAR ACTIVITY PROJECTIVE RECONSTRUCTIONS on the basis of anonymous photographs of folk performances he found in high school yearbooks. He then reconstructed these scenes and adapted them for a Freudian projection of themes from his own personal world of images.

In EAPR #36 (VICE ANGLAIS) (2011), the last filmic piece by Kelley prior to his suicide, the artist stages the myth surrounding the excentric british pre-Raphaelite painter and poet Dante Gabriel Rosetti – in the style of British Hammer Gothic films in which offensive eroticism is packaged in trashy horror plots. Treading the thin line between banality and brutality, Kelley thus creates a metaphor for a nascent subcutaneous authoritarian structure.

Kelley underscored the sense of “crossing” in his artistic output by playing in the Punk and Noise-Rock bands Destroy all Monsters and The Poetics in the 1970s and 1980s. The spatial interventions by German artist John Bock (born in 1965) form complex environments, his walk-through installation KUMULIERTE SUMMENMUTATION (2012) being a case in point. Itʼs a labyrinth-like edifice consisting of several rooms and was developed and stages specifically for this presentation.

The film LÜTTE MIT RUCOLA (2006) is located at the heart of the retrospective-like psychographical landscape: it is an extreme depiction of violence, blood and torture which at first sight reads like a splatter movie but is staged such as to easily top that genre.

Pieces by Aura Rosenberg, Tony Oursler, Bruce Nauman and Paul McCarthy, serve to sharpen the exhibitionʼs focus on how each artist explores the self and self- alienation. By using disguise or clown-like exaggeration the artists involved create a new dimension, one not limited to film and instead also including a physical level. Moreover, a conscious addressing of Pop and trivial culture is a further connecting element. In particular, Ryan Trecartin, Ed Ruscha as well as Paper Rad, Mike Kelley and John Bock adapt these themes in their works, subjecting them to an ironic twist. The Hatje-Cantz Verlag will be publishing a catalogue to accompany the exhibition in November 2012.

Guided tours
Free German-language guided tours of the upcoming exhibition NUMBER SIX: FLAMING CREATURES will be held every other Saturday (at 11 a.m. and 2 p.m.) beginning on 08 September 2012. Tours last 90 minutes and are limited to 25 people.  Advance registration is required and is only possible online (http://www.julia-stoschek-collection.net/en/visitor-information/guided-tours.html) or by calling +49 211 58 58 84 0.
We can provide English-language tours of the upcoming exhibition, special tours and guided tours for groups outside our regular opening hours upon request. Please send any enquiries and registrations to the following e-mail address: visit@julia-stoschek- collection.net