Amar Kanwar addresses social and political issues but is interested less in the hard facts or in the easily definable content, than in a more wide-reaching, more deeply rooted kind of 'evidence'. The exhibition presents video works in seven rooms. The exhibition 'Young People - Set 9 from the Collection of Fotomuseum Winterthur' features artistic positions from five decades such as Nobuyoshi Araki, David Armstrong, Daniele Buetti, Rico Scagliola/Michael Meier, Pietro Mattioli, Pipilotti Rist and many more. 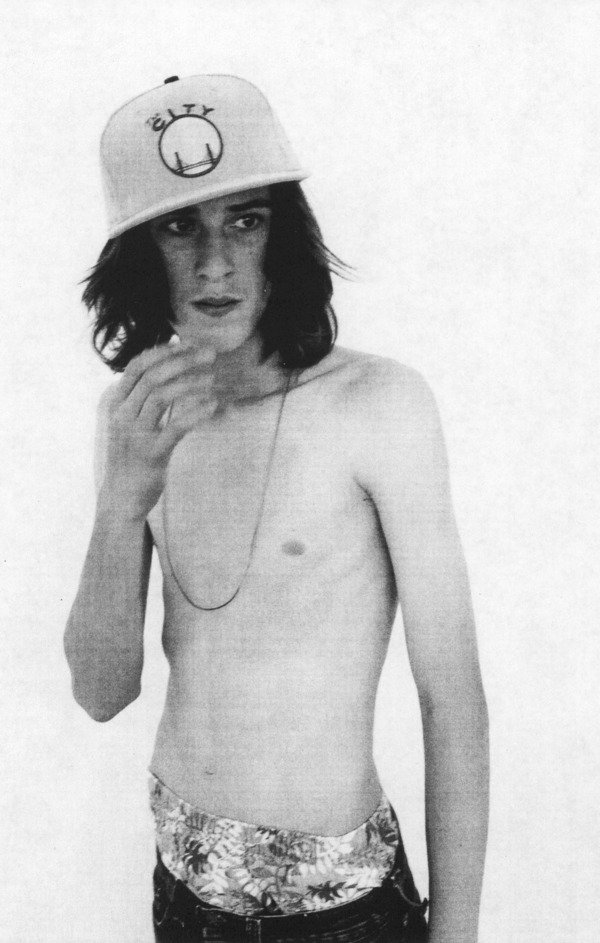 Two pivotal events in 1984 impacted Amar Kanwar’s early years as a student. One was the orches- trated killings of Sikhs in Delhi after Indira Gandhi’s assassination on 31 October 1984. The other was the Bhopal disaster on 3 December of the same year, when toxic gas escaped from a pesticide plant owned by the American company Union Carbide, killing several thousand people and injuring hun- dreds of thousands more. Amar Kanwar studied history at the University of Delhi at the time. After graduation, he travelled to a coal-mining area in the interior of India to research the problem of al- coholism and occupational hazards. Shortly afterwards he enrolled at the film school in the Mass Communications Research Center of Jamia Millia Islamia University in Delhi.

His breakthrough came with Earth as Witness, which he made in 1994 for the Tibetan government in exile. For the first time, he had more control over the film and was able to try out new narrative techniques. This was followed by the films for which he is best known, such as his trilogy A Season Outside (1997), A Night of Prophecy (2002), To Remember (2003), as well as King of Dreams (2001), Hennigsvaer (2006), the nineteen-part video installation The Torn First Pages (2004-2008), the eight- part installation The Lightning Testimonies (2007), A Love Story (2010), and the new film he is pre- senting this summer at the Documenta 13, The Sovereign Forest ( 2012).

A Season Outside focuses sharply on one place: the Wagah border crossing and addresses the highly charged situation on the boundary between India and Pakistan. The film To Remember uses a visit to the Birla House – where Mahatma Gandhi spent the last days of his life and where he was assassi- nated on 30 January 1948 – as a silent vehicle by which to explore the difference between reality and collective memory. A Night of Prophecy, on the other hand, seems full of song and poetry. The film travels through different fault lines in the Indian nation and its history.

Henningsvaer was created in Norway, among the rich cod-fishing grounds of the island of Hen- ningsvaer inside the Arctic Circle. The entire video is filmed from one house, through many windows, looking outwards – encapsulating, as Amar Kanwar puts it, “the thin line between paradise and pris- on”. The Torn First Pages with its complex, room-filling video installation based on a tripartite struc- ture, is an ode to the Burmese resistance which, year after year, decade after decade, fought for a democratic society. The film is also dedicated to the Burmese bookseller Ko Than Htay, who would tear out the first page of each book before he sold it. The ideological slogans of the Burmese military junta were printed on the first page. The Lightning Testimonies addresses rape and sexual violence in Indian subcontinent in the form of an eight-channel projection of hauntingly calm and subdued im- agery that converges into a single projection towards the end. And finally A Love Story: Merging the pain of individual and social separations, A Love Story is a cinematic miniature. At the same time, it is a film about filmmaking.

Amar Kanwar addresses social and political issues but is interested less in the hard facts or in the easily definable content, than in a more wide-reaching, more deeply rooted kind of “evidence”: the certainties that touch the very nerve of life, society, and experience. He explores people’s actions, behaviours and reactions as a musician explores semitones, quartertones and intervals, meandering in a sombre, melancholy minor key through the complex labyrinth of cause and effect. How should a given situation be interpreted, or an experience, a profound event, a jarring pain? How do the repre- sentatives of the state behave and how do the people survive and overcome their trauma? How do we remember them, their special achievements, or their unbowed determination?

Amar Kanwar has as little faith in linearity as he has in one-dimensionality. For him life is a complex, multi-layered approach involving many levels and strata, overgrown paths and different strands of time running parallel or colliding or in various directions. In this “multiplicity”, an expression that he uses often he creates the experience of multiple time both within and on the outside and so opening up and interlinking all forms of communication.

There is no simplification, on the contrary, he wants to give things time to develop, taking them at his own pace and letting the people, events and stories in his film evolve in much the way as a long and chequered life unfolds. Like the woman in The Lightning Testimonies who carefully, thoughtfully and slowly weaves her story, her experience of violence and the terrible loss of her friend, into the fabric of a dress. The concept of evidence, certainty and proof may rise like a tree from the ground, but it is overgrown with ivy and other climbing plants, its branches spreading, stretching, groaning, as it con- nects with other trees, other certainties, to form one vast forest.

Amar Kanwar was born in New Delhi in 1964. Recent solo exhibitions have been at the Marian Goodman Gallery, New York, Haus der Kunst, Munich and the Stedelijk Museum, Amsterdam. He has participated in Documenta 11, Documenta 12 and his work can currently be seen in Documenta 13 in Kassel, Germany. He is the recipient of the 1st Edvard Munch Award for Contemporary Art, Norway and an Honorary Doctorate in Fine Arts, Maine College of Art, USA. His films are also shown at film festivals where he has received several awards like the Golden Gate Award, San Francisco Interna- tional Film Festival, the Golden Conch, Mumbai International Film Festival, Jury’s Award, Film South Asia, Nepal. A retrospective of his cinematic oeuvre was recently held at the 50th International Film Festival of Kerala, India in June 2012. Amar Kanwar lives and works from New Delhi.

The exhibition at Fotomuseum Winterthur presents the following key video works by Amar Kanwar, in seven rooms: Trilogy, 1997-2003 (A Season Outside, A Night of Prophecy und To Remember); The Torn First Pages, 2004-2008; Henningsvaer, 2006; The Lightning Testimonies, 2007; A Love Story, 2010. The exhibition is curated by Urs Stahel.

The main sponsor of the exhibition and the book is the George Foundation. We would like to thank the BTS Group, the Parrotia Stiftung and the Dr. Werner Greminger-Stiftung for their generous sup- port.

Growing up is a time of self-searching. Who am I and who do I want to be? It is a time of trying to ground oneself in the world and build a relationship with one’s own persona. Each individual must personally undergo the experience of transition from a protected childhood into a social system of relationships and responsibility, finding one’s role in group dynamics, identifying, and testing possi- bilities and boundaries. Artistic photography has repeatedly examined this phase of life, from at least two different perspectives. One is the viewpoint of actual experience – a young adult who shares the lives of the protagonists with whom he or she is involved (not only as a photographer), such as Larry Clark and Nan Goldin earlier, or Maya Rochat and Rico Scagliola/Michael Meier today. Then there is the adult perspective on the phenomena of youth, which takes a different form of expression due to a certain distance and life experience. Images of youth also represent a confrontation with one’s own story, with personal successes and defeats, whether as present experiences or reflections on the past.

The exhibition “Young People – Set 9 from the Collection of Fotomuseum Winterthur” explores these questions in life. Artistic positions from five decades show that growing up is still influenced by pri- vate as well as social expectations. Moments of transgression, of protest, and experiences with drugs and alcohol are reactions that can be as little ignored as the (sometimes) relentless quest for sexual encounters, or the ongoing search for established models of living, and for possible approaches to the future.

A central element of the exhibition is the ten-channel video by young Swiss talents Rico Scagliola & Michael Meier, titled “Double Extension Beauty Tubes” (2008-2010). Over three years, the artist duo documented so-called “Emos” (referring to the English adjective “emotional”), a contemporary youth movement in this era marked by social media such as Facebook. In its scope and ambition, their pro- ject is comparable with Nan Goldin’s famous slide projection “The Ballad of Sexual Dependency,” which signaled the artist’s artistic breakthrough in the early 1980s.

The exhibition is organized by Thomas Seelig, curator of the collection at Fotomuseum Winterthur. Accompanying the exhibition is the brochure “Young People – Set 9 from the Collection of the Foto- museum Winterthur” as part of the series of publications on the collection of the Fotomuseum Win- terthur. It features an introductory essay by Terry Castle as well as short texts on all participating artists.