With his sculptures and installations, Bjorn Dahlem lends form to phenomena that lie beyond our power of imagination. In his artistic universe, the everyday and the supernatural also necessitate one other. Adrian Williams is versatile in terms of the media she employs: she creates performances, films, objects, as well as works using sound and on paper. 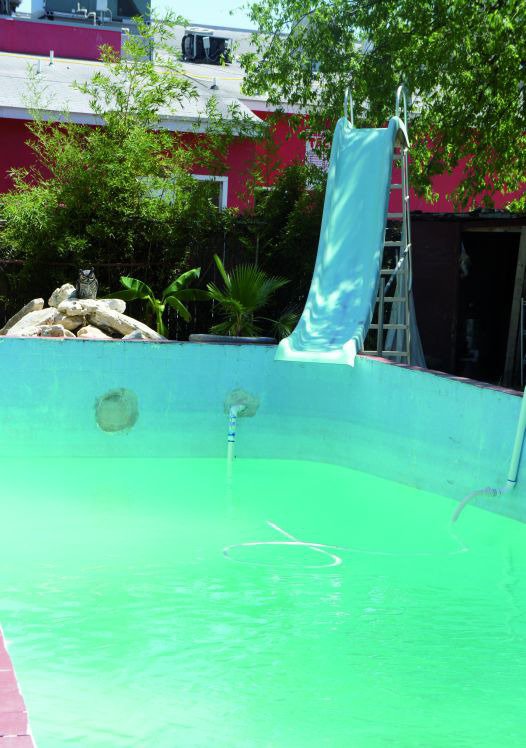 Bjorn Dahlem
The End of It All

With his sculptures and installations, Bjőrn Dahlem (*1974 in Munich, lives in Berlin) lends form to phenomena that lie beyond our power of imagination. In doing so, he does not give priority to the visual translation of sweeping insights but instead makes visible the inexplicable, the wonderful, the contradictory. Without wanting to take scientific manners of representation and precision into account, Dahlem develops complex structures out of everyday objets trouvés that make reference to theories and models from the areas of cosmology, astronomy, particle physics, or quantum mechanics. He uses his weightless and seemingly fragile constructions to almost playfully address the great questions of philosophy, metaphysics, and theology, joining them to form a separate cosmos. What is not actually visualizable takes on ambiguous form by means of interplay between profane and peculiar objects.

The prelude to the exhibition The End of It All is Sonne (2012) in the foyer of Villa Salve Hospes-a chaotic ball consisting of light and irradiation that appears to be exploding. The sculpture not only constitutes a metaphor for the title of the exhibition, but it also stands for a process of artistic creation that out of an energetic moment requires a fine balance between chaos and order. In Dahlem's artistic universe, light and darkness, the everyday and the supernatural, scientific theories and science fiction, physical experiments and alchemy also necessitate one other. The close interplay between these antitheses is not only perceptible in individual works but is equally as central for the entire exhibition. The customary perception of object and space is carefully undermined and placed in nearly apocalyptic circumstances.

Bjőrn Dahlem has participated in numerous international group exhibitions, in 2011, among others, at the Deichtorhallen Hamburg, the Kunsthalle Wien in Vienna, or the Yokohama Triennale. Several institutions have also mounted solo exhibitions of his work, for example the KIT-Kunst im Tunnel in Düsseldorf in 2010, and in 2004 the UCLA Hammer Museum in Los Angeles and the Hamburger Bahnhof.

Adrian Williams's works address tranquil, occasionally wondrous everyday moments. Her mostly narrative works interweave documentary and fictitious elements from changing points of view. Yet her narrative strands always remain fragmentary-and in this way allow for a variety of readings. Williams is versatile in terms of the media she employs: she creates performances, films, objects, as well as works using sound and on paper.

The small-format, delicate works on paper being presented in the large space are associative combinations of seemingly documentary photographs and handwritten prose composed by the artist. They relate stories of apparently trivial or fleeting situations in life and yet point out larger contexts.

In addition, the 16mm film TUNING (2012) was produced for the exhibition at the Kunstverein Braunschweig: a piano tuner is observed at work in calm camera movements and sober, almost documentary shots. Because the looped film gets by without a discernible beginning or end, the object seems to dissolve in a constant process.