Colour photography established itself from the 1930s onwards first within fashion and advertisement photography and quickly became an essential tool for the mass media and the entertainment industry. The exhibition features over 100 photographs by Luciano Castelli, Edward Steichen, Jeanlopu Sieff, Jeff Koons, Thomas Ruff, Steve Schapiro and many more. 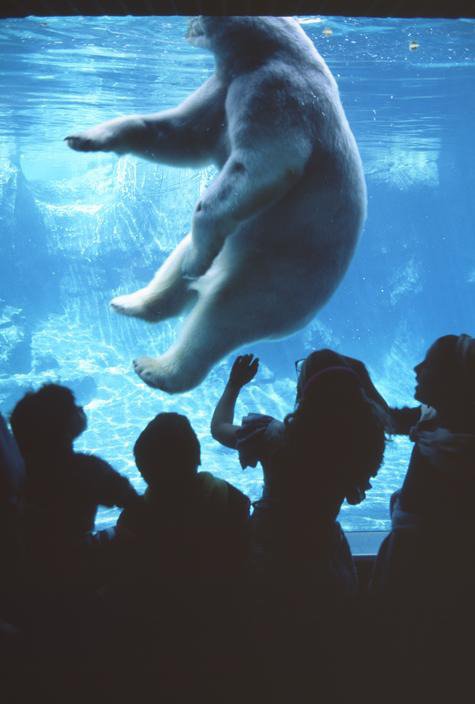 The exhibition, curated on our own, presents with over 100 photographs various positions of artistic color photography and gives with works of path breaking artists like Edward Steichen, Jeanlopu Sieff, Helmut Newton, William Eggleston, Stephen Shore, Jeff Koons up to Nadav Kander, Robert Polidori or Martin Schoeller insights into the development of the handling and the aesthetisication of color within the field of photography,

Beyond the usual process of colorizing black and white prints afterwards colour photography established itself from the 1930s onwards first within fashion and advertisement photography and quickly became an essential tool for the mass media and the entertainment industry. Colour used to pertain an adequate tool to describe the world how it could be in our imagination and wishes – colour outlines, accentuates and dramatizes. Shunned by the report and documentary photography, color photography established itself during the 1970s as an own form of art and is today an important element of worldwide collections, museums and galleries.

The turning point of the cultural history of colour within the realm of photography was William Eggleston’s exhibition in 1976 in the Museum of Modern Art where the public was confronted with strongly coloured downtown buildings, interiors and fields. Not as an additional playfulness or as a shocking element but as self-evident condition of perception presents Eggleston motives considered being »not image worthy« until then. Color was not only welcomed by artists, motive and beholder but became obligatory. Eggleston significantly influenced international contemporary photography and inspired numerous photographers deeply, among others Stephen Shore who became famous with deliberated snapshots of the countryside and American towns.

Next to the icons of color photography, the exhibition presents works by important contemporary artists. The peaceful landscapes by Nadav Kander are surrounded by light shades of white produced by fog, snow or heaven, that creates a breath-taking vastness of space. Huynh on the other hand sensitizes the viewer for the uniqueness and impact of color within photography with his perfectly composed still-lives on a black background. The Canadian artist Robert Polidori succeeds to present the past, present and future of Versailles during the renovations of the impressive and history charged castle with heady intensity of colour and his clear balanced contours plus harmonious elegance. As an extreme contrast Russell James stages the most famous models of the world in flamboyant, erotic outfits or in front of the sparkling silhouette of the metropolis: color as an expression of energy, erotic, youth beauty and vitality. Furthermore, CWC GALLERY for the first time presents some of the works by Martin Schoeller that originated outside his worldwide famous portrait series – including an atmospheric and at the same time cinematic photograph of the movie director Quentin Tarantino. As well represented are works by Luciano Castelli, who is one of the main representatives of the artist collective »Junge Wilde« and who already presented his work at the Museum of Modern Art in New York and at Documenta IX in Kassel.