The polyhone picutre. The exhibition includes 150 works on paper owned by the Stiftung, museums and private lenders, that describe Nay's artistic development from the early 'Lofoten-Bilder' up to the late 'Scheiben-Kompositionen'. It illustrates how his drawings make clear the painting's rhythmic and constructive aspects. 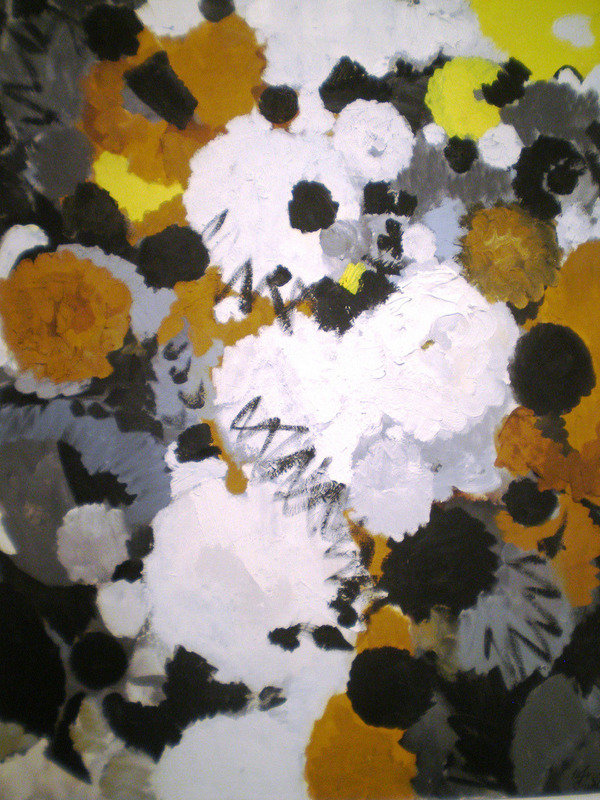 In close cooperation with the Ernst Wilhelm Nay Stiftung in Cologne, the Kunstmuseum Bonn has conceived a comprehensive overview exhibition of Ernst Wilhelm Nay’s (1902, Berlin – 1968, Cologne) gouaches, water colours and drawings. The exhibition includes 150 works on paper owned by the Stiftung, museums and private lenders, that describe Nay’s artistic development from the early »Lofoten-Bilder« up to the late »Scheiben-Kompositionen«. This compilation of works shows the equal status that gouache, water colour and painting have in Nay’s oeuvre in regard to his dealing with colour. With good reason, Nay is considered the one German artist who after 1945 has realized most consequently colour as a painting’s autonomous energy. The exhibition illustrates how his drawings make clear the painting’s rhythmic and constructive aspects. Still his main topic is colour, as it was both means and purpose for Nay when interpreting the picture’s dynamic form.

Nay’s early works, the »Lofoten-Bilder«, which he started to paint from 1937 on, convey the power of the experience of nature as well as the new intensity of colour. Water colours from his travels to North Norway already show the freedom that colour was given in this medium, especially when compared to Nay’s paintings. While the artist’s colourful works that were made during the war as well as his »Hekate-Bilder« which he painted between 1945 and 1948 are figurative and deal with mythological topics, his works became more abstract with the lighter »Fugalen-Bilder« he began painting in the late 1940s. Since 1955, the disc had become the dominating motive which from 1963 on he began to cross with a line, hence creating the form of an eye. His last works which he made until his death in 1968 are less dramatic than the »Augen-Bilder« as he reduced their colour to create a spaceless composition of planes. This simplicity once again illustrates the autonomous power of colour.

After its presentation in Bonn, the exhibition will be on view at the Museum Liner, Appenzell / Switzerland and at the Mönchehaus Museum für Moderne Kunst, Goslar.

The exhibition will be accompanied by a catalogue published by Hatje Cantz-Verlag with essays by Volker Adolphs, Stephan Berg, Erich Franz, Stefan Gronert, Ulf Küster, Christoph Schreier and Roland Scotti at a price of 25 Euros.

Mobility partner: Deutsche Bahn
Save money with your BahnCard! Holders of the BahnCard will pay the reduced admission fee of 5.60 EUR instead of 7 EUR upon presentation of their card. For further information please visit: www.bahn.de/kultur