Collectionneurs d'avant-garde au Havre. Going beyond their private interests, they joined the club to defend a conception of their commitment to modern art and artists, and to the public interest. The show also looks at the personal careers of the artists linked to the club, at first united in the defence of Fauvism and then gradually going their separate ways. 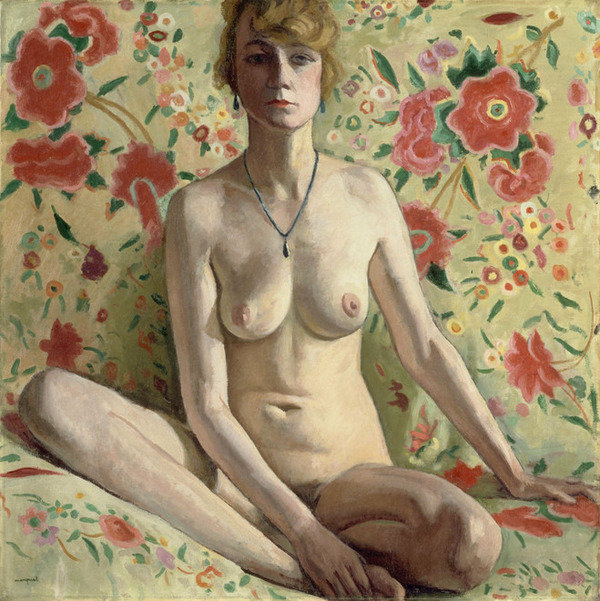 On 29 January 1906, a group of art collectors and artists formed the Modern Art Club (Cercle de l’Art moderne) in Le Havre. Among the members were Georges Braque, Raoul Dufy and Emile Othon Friesz and some of the town’s biggest collectors at the beginning of the 20th century: Olivier Senn, Charles- Auguste Marande, Pieter van der Velde, Georges Dussueil, Oscar Schmitz, Edouard Lüthy…They set themselves the objective of promoting modern art in Le Havre.

Between 1906 and 1910, the group organised exhibitions, lecture series, poetry readings and concerts. Frantz Jourdain, Guillaume Apollinaire and Claude Debussy supported the club, which was linked from the outset to the newly established Salon d’Automne.

On its initiative, works by the great artists of the time were shown in Le Havre, especially at four annual exhibitions: the “old” Impressionists such as Monet and Renoir, and the Neo-Impressionists, but above all the young Fauves, brought by their friends Braque, Dufy, and Friesz. Le Havre, which was not too far from Paris, gave the Fauves a warm welcome and a potential outlet for their recent production, the very works that had sparked the scandal of the “wild beasts’ cage.” Who were these men? What did they have in common? What was it about the historical, economic and cultural context of Le Havre that favoured the emergence of the club? Le Havre was an industrial town, founded relatively recently (1517); by the mid 19th century, its flourishing port had become a major gateway for imports of exotic products. Local businessmen and notables were keen to give the city a “soul”. Consequently, a museum was established near the waterfront in 1845 and well-known artists were invited to regular exhibitions organised by the Art Friends Club (in 1868 Manet won a prize for his Dead Bullfighter, which had been refused five years before at the Salon de Paris). The merchants interested in these activities took an active part in the cultural life of the town and the success of their businesses had a direct influence on the fate of the artists, hence Eugène Boudin’s pithy comment: "No cotton, no paintings”.

In the late 19th century, a new generations of collectors appeared. They were all members of the Art Friends Club (Société des Amis des Arts), but had a particular interest in the work of young artists and often went to Paris to see the Salon d’Automne and the Salon des Indépendants, the galleries run by Druet, Bernheim and Vollard, artists’ studios and auction rooms. They joined Dufy, Friesz and Braque in this singular adventure. The collections of two of them, Olivier Senn and Charles-Auguste Marande, are now in the Musée d’Art moderne André Malraux in Le Havre, donated by the artists themselves or by their descendants. The collections of van der Velde, Dussueil, Schmitz, Lüthy and others, although scattered, are well known.

Each one tells us something of the collector’s personality. Although there are some similarities due to shared tastes (for Boudin, Pissarro, Marquet…), the collections reveal individual quirks and daring choices. For instance, Senn started his collection with two major works by Delacroix and Courbet from the 1850s and went on to collect Impressionist and Post-Impressionist pieces, while Dussueil and van der Velde were immediately attracted by the very latest work, buying Matisses at the same time as the Steins, and before the Morozovs and Shchukin. Degas and Cross are well represented in the Senn collection, while Van Dongen was preferred by van der Velde or Dussueil. There was obviously complicity and emulation between them and paintings circulated and sometimes changed hands.

The exhibition presents some 90 works and takes visitors into the collectors’ world. Going beyond their private interests, they joined the club to defend a conception of their commitment to modern art and artists, and to the public interest. The show also looks at the personal careers of the artists linked to the club, at first united in the defence of Fauvism and then gradually going their separate ways. The Cercle de l’Art moderne can be seen as a unique and short-lived provincial phenomenon, an instant of grace due to a handful of people convinced of the need to defend modernity. Its avant-garde image stuck to the town and region in which it developed.