Engaging with familiar objects and situations, the artist sets these in dialogue with references to very personal and intimate sources that he often chooses not to disclose. 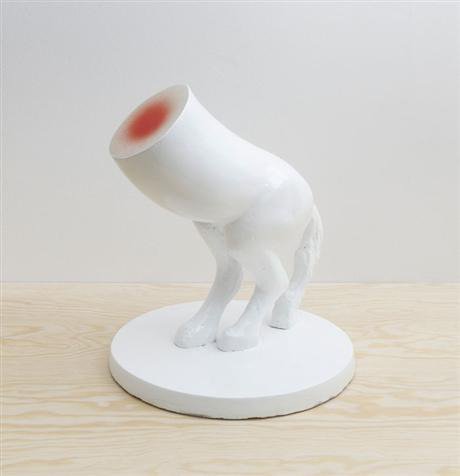 Hassan Khan’s multidisciplinary methods of artistic production rely on observations, interactions, and engagements, as well as more internal sources. Some of the references present in his work stem from a personal biography, while others derive from figures and images that allude to separate contexts. This results in an artistic practice that is responsive to the monumental scale of human civilization, collective moments, as well as the immaterial charge of objects and gestures.

Language and sense of self are essential to Khan’s understanding of his practice. A number of his films are based on intensive workshops with individuals to develop a character or persona. An awareness of time is equally significant, as is the formal language used to construct works including unbroken shots or highly stylized editing that could correlate to a sense of the character or a vision of history itself. At times, he draws on the familiar in music- and image-making, such as his engagement with Egyptian shaabi music and the use of a cell-phone camera to take photographs and make a film. Often the titles of works hint at personal, ideological, socio-political and conceptual positions from which to consider each work.

Engaging with familiar objects and situations, Khan sets these in dialogue with references to very personal and intimate sources that he often chooses not to disclose. Detailed observations of humanity and interactions with the highly enigmatic gestures of individual consciousness appear within formally articulated works. These alternating proximities, to the personal and the formal, often create resistance to a simplistic engagement with the work. Yet the viewer’s response is never foreclosed, and an open encounter is always available.

The selected works in this exhibition exemplify Khan’s methods of approaching those paradoxes that lie within societies, and the cultures they produce, implicating himself and us, within a multitude of scenarios and remnants of histories. While they are intended to function individually, these works can also be considered together, developing a network of relationships and cross-references that unfold over the course of the exhibition.