daily except on tuesdays 12-24

The new season brings together artists from different generations whose works demonstrate and sometimes describe the processes involved in their development. Organized in two parts, it opens with a themed exhibition, the Imagination adrift and the video program East side stories, Contemporary Croat videos. From Ryan Gander to Fabrice Hyber by way of Damir Ocko or Neil Beloufa, each exhibition explores the 'implementation' processes. From intention to realization, from dream to reality... 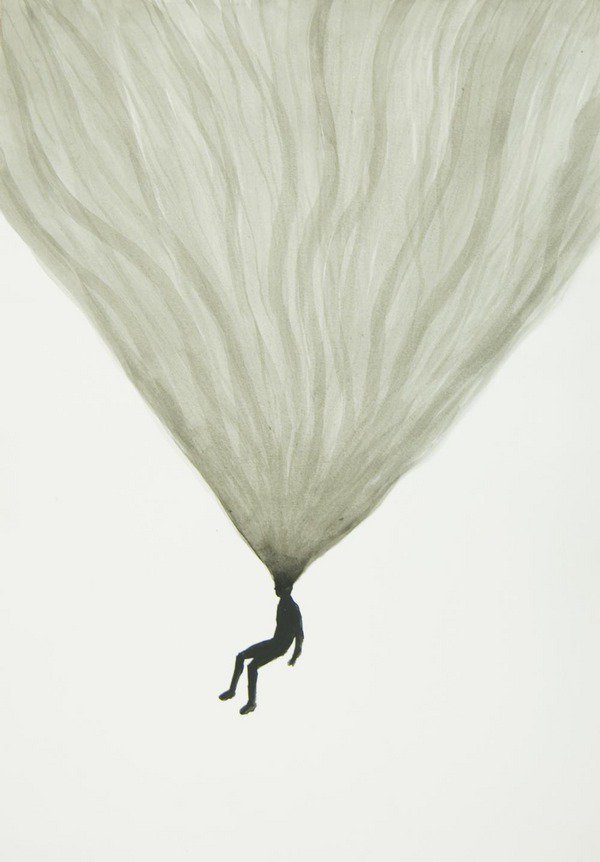 As close as possible to the artist’s thinking, as close as possible to creation as it is taking shape, in the very wake of the invention of the artwork… the new season at the Palais de Tokyo, Imagine the Imaginary, brings together artists from different generations whose works demonstrate and sometimes describe the processes involved in their development. From the artist’s thinking to what the viewer introduces there are a thousand possible routes, all different from one another. Imagine the Imaginary draws up a moving, non-exhaustive mapping of that elasticity of art in construction.

Organized in two parts, the Imagine the Imaginary season opens on September 28 with a themed exhibition, the imagination Adrift, and a solo exhibition by Fabrice Hyber, Raw materials, which presents both older works and four landscapes dedicated to describing a world in which all the rules have been reinvented.

You will be able to explore the installation by Ryan Gander, a kind of imaginary mental library, an associative rebus presented to visitors in their wisdom, as well as semi-permanent installations by Bernard Aubertin, John Giorno and Takahiro Iwasaki. But there will also be an exhibition of contemporary Croat videos, the Fondation Pierre Bergé – Yves Saint Laurent modules, the fashion program (Chloé. attitudes by Judith Clark, The Impossible Wardrobe by Olivier Saillard and Tilda Swinton), Jon Rafman, etc.

The second part of the Imagine the Imaginary season gets under way on October 17 with solo exhibitions by NeïL Beloufa, Damir Ocko, Markus Schinwald and Helen Marten (WINNER OF PRIX LAFAYETTE),
the exhibition After history: Alexandre Kojève photographer curated by Boris Groys, an exhibition Lost in LA, in Los Angeles, and from December 7 a new salvo of modules, The Enlightened Laboratory of Consolation staged by the École Supérieure d’Art from Avignon, and a solo exhibition by Asim Waqif (SAM ART PROJECTS resident).

A themed exhibition in the new season of the Palais de Tokyo, Imagination Adrift gives meaning to the entire autumn program schedule. From Ryan Gander to Fabrice Hyber by way of Damir Očko or Neïl Beloufa, each exhibition will explore the “implementation” processes. From intention to realization, from dream to reality… visitors will be in close proximity to the artist’s brain, and survey these uncharted territories of the imagination..

From the proposed project to the display of the finished piece, the work of art takes shape according to procedures that are specific to each artist. Method for some, Duchampian delay for others, drift at times, but often the roundabout means enrich or, at least, alter the path the elaboration follows. “Les Dérives de l’imaginaire” [Imagination Adrift] features some twenty international artists from a range of generations whose works exhibit, and occasionally describe, the mental processes that went into their development.

From idleness to the work of art, reverie to the object, shifts to reappropriations, hesitations to realizations, the show brings visitors up close to the artists, as close as possible into the very heart of the creative act. To shed light on these movements of the mind, several figures emerge in the course of an exhibition that blends contemporary artists and masters from the past, working documents and works of art. Thus, the drift that Guy Debord fashioned in his day, or Fernand Deligny’s maps of autistic children’s movements, are outside time, as it were, but not out of place. They appear in the course of the visit like digressions, inserts, or corollaries, deepening the content.

While to be adrift at sea means to deviate from a certain route, Debord understands the notion in particular as a chance to map the city and spread art throughout life. Some of the operations of the “imagination adrift” prove to be true inverted mappings. From strolling about to being adrift, the pioneers here and those who followed in their wake sought over and over to get beyond the contrasts between work and idleness. This idleness alone is liable to foster randomness, its crucial requalifications and original conjunctions. Artists operate then as observers of the world whose specific ways of putting things together rout any notion of effectiveness: “Time for nothing” for a “passing beyond art.”

Fabrice Hyber (b. 1961) is one of the most inventive and influential artists of his generation. Interested in the concepts of the rhizome, proliferation and transformation, he attempts to convey a thought in the act of being born. A creative energy that proceeds from movement, displacement, discrepancy and drifting emanates from his hybrid works, made from a variety of materials and mediums.

At the Palais de Tokyo, Fabrice Hyber creates a mental spa with two paths through it, one active, the other contemplative, offering a reconstruction of our physical and virtual landscapes. It takes only a simple square ball or the change in scale of a primary material to modify our point of view.

An elevated footbridge, an imaginary line that connects the works with each other, allows a real passage through time, putting earlier and more recent works into perspective.

As they make their way, viewers are invited to superimpose the past on the present, memory on recollection, the work on its resurgences, so elaborating new forms of stories, new systems of interpretation. An actual walk in which our points of reference are redefined, the exhibition matches this definition by Gilles Deleuze: “An escape into the imagination or art means producing reality, creating life.”

ACTUS
Fabrice Hyber is coming back with the opening of several major solo exhibitions in autumn 2012. This season ushered in by the Palais de Tokyo on September 28, 2012 will continue at the Fondation Maeght with a retrospective devoted to homeopathic paintings ‘‘Essential (Homeopatics Paintings)’’ from October 06, 2012 to January 06, 2013, at the Mac-Val with the exhibition «Prototypes d’Objets en Fonctionnement» from October 20, but also at the Institut Pasteur, in collaboration with the Manufacture de Sèvres.

An heir to the legacy of Conceptual Art, Ryan Gander (b. 1976) attracted particular interest through his works, emerging at the forefront of the international art scene soon after 2000. He recently participated in the Venice Biennial (2011) and in dOCUMENTA 13 in Kassel (2012). His work, according to a principle of associative thinking, involves a questioning of language and knowledge, a reinvention of the modes of the appearance and creation of the artwork.

With Esperluette Ryan Gander inaugurates the “bibliothèque d’artiste” program of the Palais de Tokyo. He establishes a close parallel between the space of the work and the place of the psyche, the procession of objects and the ponderings of the mind. He offers an exhibition in which the works are reminiscent of a puzzle, a network with multiple connections.

Scattered throughout the building, the various elements (sound installation, books and the central installation Ampersand, a sort of slideshow of everyday objects) are the fragments of an embedded story. Behind this interpretation on several levels there is a huge set of hidden clues to be deciphered, encouraging visitors to make their own connections, and invent their own stories in order to solve the charade with its many solutions, staged by the artist.

As part of the Festival d’Automne and ‘‘Croatie, la voici’’

This video program offers a selection of five artists, from several generations, using the medium of video and film and representing different aspects of the contemporary Croat scene.

Dalibor Martinis
From September 28 to October 15, 2012
Open Reel (1976) 3’40 RKO Radio Pictures presents: To America I say (2001) 1’15 Egyptian Odessa Stairs (2011) 6’54
Videos, installations and interactive works by Dalibor Marinis (b. 1947, lives and works in Zagreb) have been presented at many international exhibitions such as the Sao Paulo Biennial, 13th Documenta in Kassel , and the Venice Biennial. He has been a guest professor at the Academy of Drama Arts in Zagreb and the Ontario College of Art in Toronto. At present he teaches at the Academy of Applied Arts at Rijeka in Croatia. His works are included in the collections of MoMA (New York), the Stedelijk Museum (Amsterdam), the ZKM (Karlsruhe), the New York Public Library, the Museum of Contemporary Art (Zagreb), and elsewhere.

Renata Poljak
From October 19 to 29, 2012
Great Expectations (20005) 17’ Ruta and the Monument (2007) 15’ Staging Actors / Staging Beliefs (Boshko Buha) (2011) 12’ Memories - Tito / Tata (1999) 6’30
In her videos, Renata Poljak (b. 1974, lives and works in Zagreb) subtly mixes autobiographical and documentary elements in order to explore the social problems generated by the conflict in the Balkans, such as the condition of woman, immigration, the change in values – between Communism and aggravated capitalism. A graduate of the Arts Academy of Split, she then attended a postgraduate course at the Ecole Régionale des Beaux-Arts in Nantes. Her films and videos have been shown at many international festivals, and she has presented work at numerous exhibitions in Europe and America.

Igor Grubić
From October 31 to November 12, 2012
Angel with Dirty Faces (2006) 17’30 United Hands (2012) 12’ East Side Story (2006-2008) 14’
Igor Grubiič (b. 1969, lives and works in Zagreb) is known for his thinking and activism regarding public space as a means of expression, and his in-situ interventions, in particular the reactivation in 1998 of the Red Peristyle campaign conducted by activist artists 30 years previously at Split. He recently took part in Manifesta 4 and the 11th Istanbul Biennial.

Andreja Kulunčić
From November 14 to 26, 2012
A Reconstruction of an Unimportant Day in Our History (2007) 12’ A Reconstruction of an Important Day in Our History (2007) 12’
Andreja Kulunčić (b. 1968, lives and works in Zagreb) is developing a practice that questions social relations, between the private and the public spheres. After graduating in 1992 from the Faculty of Applied Arts and Design in Belgrade (Yugoslavia), she next studied at the Hungarian Academy of Fine Arts in Budapest. Her work has been presented at many exhibitions such as Documenta 11, Manifesta 4, and the 8th Istanbul Biennial, as well as at the Liverpool Biennial. She has also exhibited at PS1 and the Whitney Museum of American Art (New York), and the Walker Art Center (Minneapolis).

David Maljković
From November 28 to December 10, 2012
These Days (2005) 5’31 Lost Memories from These Days (2006) 6’45
A major figure on the contemporary European art scene, David Maljković (b. 1973, lives and works in Zagreb) is known for his extremely elegant installations, sculptures, drawings, films and photomontages, which have their source in the modernist heritage of former Yugoslavia. The artist has had solo exhibitions at the Secession in Vienna (2011), the Sculpture Center in New York (2011), the Museo Nacional Centro de Arte Reina Sofia in Madrid (2009), the Whitechapel Art Gallery in London (2007), and the Van Abbemuseum in Eindhoven (2005). His works have been bought by institutions including the Mnam/Cci – Centre Pompidou, Tate Modern, MoMA and Kadist Art Foundation.

Palais de Tokyo
13, avenue du Président Wilson - 75 116 Paris
OPENING HOURS
Daily, except on Tuesdays
From noon to midnight
It closes on 1 January,1 may and 25 december.
And at 6pm on 24 and 31 december.
ADMISSION
Regular fee: 8 EUR
Reduced fee: 6 EUR
(under 26 years-old visitors, holders of France’s Carte Famille Nombreuse, teachers)
Free : Under 18 years-old, job seekers, people in receipt of French state benefits (minima sociaux) and the minimum pension, ICOM, IKT, journalists, people with disabilities and their carers (in accordance with the conditions laid down by the Maison Départementale des Personnes Handicapées).