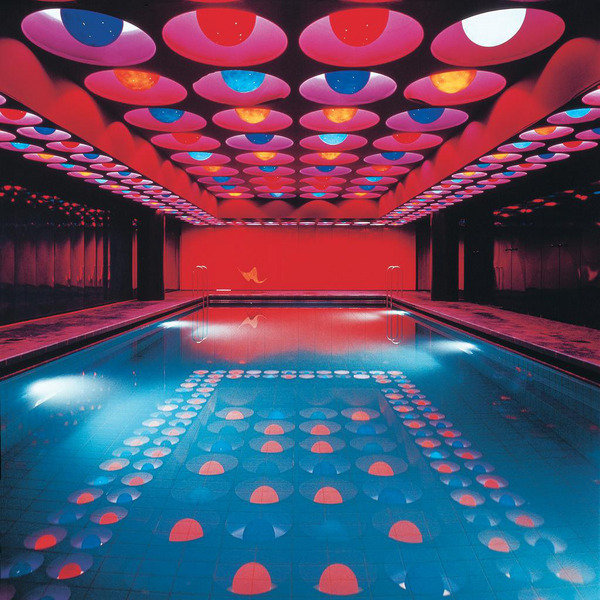 Pop Art is widely regarded as the most significant artistic movement since 1945. Reflecting on the cult of celebrity, commodity fetishism and media reproduction that permeated everyday life in the postwar era, Pop Art continues to shape our society’s cultural self-understanding to this day. A central characteristic of Pop Art was the dialogue between design and art, which is now being explored in “Pop Art Design” at the Vitra Design Museum as the first-ever comprehensive exhibition on the topic. Works by such artists as Andy Warhol, Claes Oldenburg, Roy Lichtenstein or Judy Chicago are paired with design objects by Charles Eames, George Nelson, Achille Castiglioni and Ettore Sottsass. The exhibition is supplemented with a multi- tude of further exhibits, such as album covers, magazines, films and photos of con- temporary interiors. Fifty years after the official declaration of Pop Art in a confer- ence at New York’s Museum of Modern Art, the exhibition “Pop Art Design” thus paints a new picture of Pop Art – one that finally recognises the central role played by design.

The exhibition begins with a prologue that illustrates how many of the visual elements of Pop Art had emerged long before. As early as the 1930s, designers such as Raymond Loewy in the USA adhered to a new, more commercial conception of design that accorded central importance to advertising and pictorial qualities. At the same time, design assumed autonomy and freedom as a new discipline, which made it a catalyst for new artistic ideas. This can be seen in the USA in the furniture of Charles and Ray Eames or George Nelson, which were increasingly conceived like sculptures, or in the work of Alexander Girard who oriented himself to popular culture for his textile designs and interiors. In Europe, on the other hand, the company Olivetti adopted Pop-era stylings for its promotional posters beginning in the early 1950s while the Italian designer Achille Castiglioni, inspired in turn by Marcel Duchamp, developed furniture from industrial ready-mades.

Conversely, Pop Art’s forerunners in the fine arts were closely linked with design. In the 1950s, many later Pop Art artists got their professional start in design, such as Andy Warhol who made a name for himself as a fashion illustrator and Robert Rauschenberg who worked as a window dresser. The UK saw the rise of movements such as Situationism that sought new connections between art, architec- ture and design and melded these disciplines in novel ways in radical exhibitions like “This is Tomor- row” (1956). The central figures of this movement included Eduardo Paolozzi and Richard Hamilton whose collage “Just what is it that makes today’s home so different, so appealing” (1956) is consid- ered a key work in the emergence of Pop Art – programmatically uniting a variety of everyday ob- jects in a domestic interior with a striking new visual language.

In the late 1950s, this breeding ground spawned the artistic movement that was subsequently chris- tened “Pop Art” by the prominent critic Lawrence Alloway in the early 1960s. The formerly rather loose interactions of the two disciplines gained an intensity that remains unparalleled to the present day. This phenomenon is the subject of the main part of the exhibition. It consists of a sequence of work groups in which the common motifs and strategies of art and design can be traced. Designers work with artistic strategies like quotation, collage and irony as artists make use of anonymous, industrial production processes; objects of daily use become motifs of art while new materials like plastics or latex enabled an iconography taken from everyday and pop culture.

Here the exhibition makes clear that Pop Art was far from a homogeneous phenomenon, but rather combined a multitude of varying positions. Artists like Jasper Johns and Ed Ruscha discovered a new reality, particularly in the flood of artificiality and superficiality propagated by media clichés. The Frenchman Raymond Hains and the American Claes Oldenburg worked with the transposition of proportions and dimensions – methods that were later pursued in designs of Gaetano Pesce or Stu- dio 65. Artists like Robert Indiana and Judy Chicago, in turn, took inspiration from folk art, as the de- signers Alexander Girard and Ettore Sottsass had done before. Other tendencies went in the direc- tion of Hard Edge painting, such as the works by Alan d’Arcangelo or Richard Artschwager that exhibit an astonishing proximity to objects like Sottsass’s “Superbox wardrobes” (1965-69).

Yet not only the motifs, but also the strategies of presentation and marketing of artists and designers converged with one another. As designers increasingly sought to present their works in museums, artists provocatively staged exhibitions in department stores, such as Claes Oldenburg and Andy Warhol in New York or the young Gerhard Richter in Düsseldorf. In order to test new objects and artworks under real-life conditions, the interiors of Pop-enthusiast collectors and designers became laboratories for future modes of living, as shown in the exhibition’s photographs of the apartment of Gunther Sachs and the residences of selected American collectors. At the same time, nearly all the themes that resonated with the masses were mirrored in art and design. The sexualised mood of the time was reflected by such icons as Andy Warhol’s “Marilyn” (1967) and in the “Bocca” sofa by Studio 65 (1970), the political conflicts in their sofa “Leonardo” (1969) and Warhol’s “Mao” series (1972). The fascination with plastic environments and the space age was manifested across the spectrum from Tupperware containers to aeronautically shaped phone booths up to the inflatable structures of Quasar in Paris.

With its pointed juxtaposition of exhibits from the fields of art and design, the exhibition not only pre- sents a fascinating panorama of a past era but also offers new insights for both disciplines. It shows how design was an equal dialogue partner for Pop Art, in some cases even the lead impetus. At the same time, it demonstrates that many everyday objects and the Radical Design of the 1960s were serious facets of the Pop movement. Instead of merely celebrating the zeitgeist of an epoch, the exhi- bition seeks to take a more detailed look at the Pop phenomenon: at the migration of motifs between art and design, at the relationship between everyday object and image and, not least, at how every- day life first came under the still-dominant influence of pop culture. This perspective holds particular relevance today as it examines Pop Art’s relationship to our own daily lives and the consumer culture that remains so omnipresent. Even if many proponents of Pop Art remained deliberately ambiguous in their stance toward such issues, one of the movement’s historical achievements lies in continually bringing renewed awareness to these questions.

In developing the exhibition concept, the exhibition is able to draw on exhibits that have rarely been seen in this quality and density. Altogether it unites some 140 works, half of them artworks and half design objects, supplemented with numerous photographs, documents, films and texts. The highlights of the exhibition include an early screen designed by Warhol (1958), a “Target Painting” by Jasper Johns (1957), the sofa “Leonardo” which has hardly ever been exhibited since it was first produced, Roy Lichtenstein’s large-scale “Yellow Brushstroke” (1965), James Rosenquist’s “I Love You with My Ford” (1961), the monumental floor lamp “Moloch” by Gaetano Pesce (1970-71) and Allen Jones’s “Chair” (1969).

A large portion of the design objects in the exhibition are from the collections of the Vitra Design Museum whose curator Mathias Schwartz-Clauss conceived the exhibition. Many of the artworks come from the collections of the Louisiana Museum of Modern Art in Denmark and the Moderna Museet in Sweden. The two museums are co-production partners of the exhibition and will show “Pop Art Design” subsequent to its initial presentation at the Vitra Design Museum. Both institutions were founded in 1958 and are closely linked with the history of Pop Art, having come about at a time when the popularisation of art began to exert a significant influence on the museum sector. In 1962, the legendary founder of Moderna Museet, Pontus Hultén, devoted a major exhibition to four American representatives of Pop Art and, in 1968, organised the first major European retrospective on Andy Warhol. The exhibition’s current relevance is emphasised with an accompanying exhibition in the Vitra Design Museum Gallery dedicated to the Austrian artist Erwin Wurm. Wurm’s oeuvre exemplifies the many contemporary artists in the post-Pop Art era who explore the boundaries between art and design, commercial clichés and everyday culture. In addition, the exhibition’s supporting programme high- lights the connections to current debates. The events include an opening discussion with the curator Daniel Birnbaum and the Pop Art artist Peter Stämpfli, a discussion between the artist Tobias Rehber- ger and the graphic designer Chris Rehberger as well as talks on the architecture of the playboy lifestyle, the connections between the cult products of the 1960s and Apple or the current renaissance of illustration art. Numerous workshops, film screenings and other events and activities round out the programme.

The exhibition is accompanied by a 272-page catalogue with over 325 illustrations and essays by noted authors, including Thomas Kellein, Marco Livingstone, Steven Heller, Diedrich Diederichsen, Brigitte Felderer and Mathias Schwartz-Clauss.