The exhibition brings nearly two decades of picture-making to a new audience. He first attracted attention at the beginning of the 1990s, with his apparently mundane pictures of subjects taken from his own surroundings. Recently Tillmans' art has taken a number of different directions, revolving around various issues, everything from still lifes and modern landscapes to his lifelong interest in astronomy and the night sky. In addition, the installation Science Fiction/Hier und jetzt zufrieden from 2001, by Isa Genzken in collaboration with Wolfgang Tillmans. 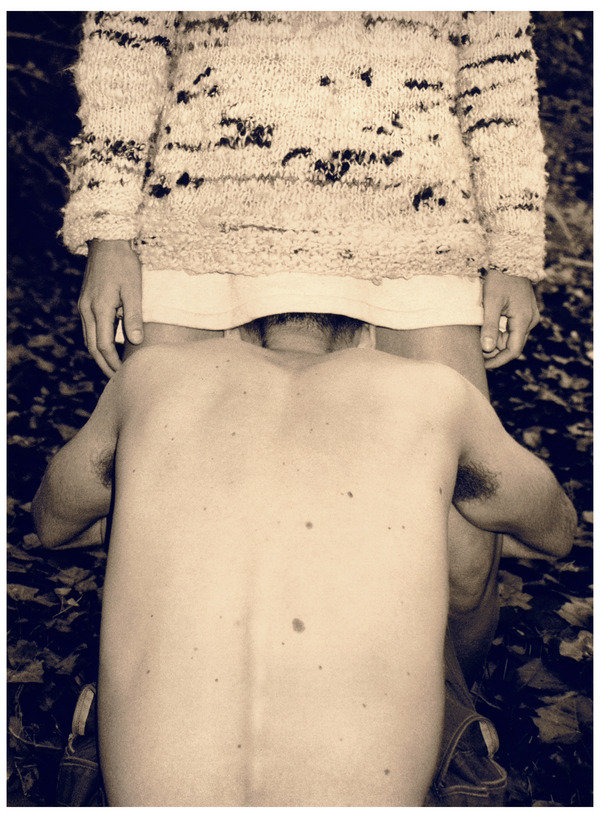 Wolfgang Tillmans (b. 1968) first attracted attention at the beginning of the 1990s, with his apparently mundane pictures of subjects taken from his own surroundings. After studying in Britain, he published photographs in prominent publications such as i-D, Spex and Interview. Today, these pictures are considered trendsetting for the young generation of the 1990s, and raise questions about subcultures and sexual identities. By turning everyday situations into almost monumental images, Tillmans very strikingly captured the spirit of the times. It soon became evident that his pictures renegotiate photographic conventions and reflect contemporary currents related to culture and identity. Since then, Tillmans has continued his in-depth investigations, expanding the the realm of photography and redefining the very medium as an artform.

“Wolfgang Tillmans moves freely between images of the club scene in Berlin, political manifestations, and skyscrapers in Hong Kong; all with the same direct tonality. At the same time, all of his pictures explore photography itself – as a medium, but also as a material, convention and process,” says Curator Jo Widoff.

Recently Tillmans' art has taken a number of different directions, revolving around various issues, everything from still lifes and modern landscapes to his lifelong interest in astronomy and the night sky. He has also taken his in-depth exploration of abstract photography even further. Tillmans’ abstract images are more closley related to the painterly tradition and he researches photography as a self-reflexive medium. Abstract images, such as Freischwimmer and Silver, are made in the darkroom, striking a balance between the deliberate and chance. Since 1995, Tillmans has been working actively and strategically with the exhibition space, so as to reveal the possibilities and limitations of the space in interplay with the photographs. His installations display a bewildering variety of formats and sizes, ways of composing the hanging of the pictures, and contexts. The exhibition at Moderna Museet should thus be seen as a site-specific installation. In recent years, Tillmans has been travelling the world taking photographs with the general title Neue Welt. These pictures relate to the new world of markets and trade, to politics and economics, and to the hypermodern. The title also refers to the new digital camera that Wolfgang used to take these pictures, which captures and documents more detail than we can perceive with the naked eye.

“Wolfgang Tillmans is one of today’s most prominent artists. Despite its visual complexity, his pictorial language is immediately recognizable. He captures the explosive energy in social situations and crosses boundaries between different artforms. He is able to use photographic means to create a kind of abstract painting,” says Museum Director Daniel Birnbaum.

Wolfgang Tillmans works in Berlin and London. In the year 2000, he was awarded the prestigious Turner Prize, the first non-British artist and the first photographer to receive the prize.

Wolfgang Tillmans is producing an artist book especially for the exhibition. The book will be part of Tillmans’ installation at Moderna Museet and will be distributed free to all visitors to the exhibition.

In addition to Wolfgang Tillmans’ exhibition, during the autumn, Moderna Museet is also showing the installation Science Fiction/Hier und jetzt zufrieden from 2001, by Isa Genzken in collaboration with Wolfgang Tillmans.

The exhibition has been organized by Moderna Museet in collaboration with Kunstsammlung Nordrhein-Westfalen, Düsseldorf.

The exhibition at Moderna Museet is being supported by E.ON.

Later this autumn, as an extension of the major Wolfgang Tillmans exhbition, Moderna Museet is showing the installation Science Fiction/Hier und Jetzt zufrieden from 2001 by Isa Genzken in collaboration with Wolfgang Tillmans.
Genzken and Tillmans have been pursuing a dialogue for a longer period concerning their respective oeuvres, and they share an interest in how we create and approach images and objects. Genzken’s works frequently explore the relationship between sculpture and the social space of architecture with objects where everyday items are invited to pollute a form of modernist rationalism. In Science Fiction, Genzken’s terse mirror glass wall units and Tillmans’ monumental photograph are combined into a space for reflection, but also an installation where two practices meet.