The work of the four artists shortlisted for this prestigious award. It is presented to an artist under 50, living, working or born in Britain for an outstanding exhibition in the previous 12 months. This year the artists are: Spartacus Chetwynd, Luke Fowler, Paul Noble, and Elizabeth Price. The winner will be announced on Monday 3 December 2012. 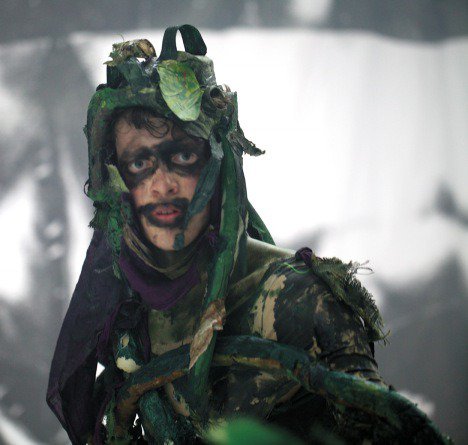 Discover the work of the four artists shortlisted for the UK’s most prestigious contemporary art award. The Turner Prize returns to Tate Britain after a hugely popular exhibition at Gateshead’s BALTIC Centre for Contemporary Art in 2011.

The £25,000 Turner Prize is presented to an artist under 50, living, working or born in Britain for an outstanding exhibition in the previous 12 months. The winner will be announced on Monday 3 December 2012 during a live broadcast by Channel 4.

Hear the artists talk about their work. Join Spartacus Chetwynd on Wednesday 3 October and Elizabeth Price on Tuesday 13 November.


Luke Fowler
Nominated for his solo exhibition at Inverleith House, Edinburgh, which showcased his new film exploring the life and work of Scottish psychiatrist, R.D. Laing. Fowler interweaves found footage and new material into accomplished and immersive films that evoke the atmosphere of a particular era, revealing how the relationship between individuals and society changes through time.


Paul Noble
Nominated for his solo exhibition at Gagosian Gallery, London, which brought together the painstakingly detailed and engrossing drawings of the fictional metropolis Nobson Newtown. Undercutting the precise, technical drawing is a dark satirical narrative which unfolds in the micro-cosmos of these monumental works.


Elizabeth Price
Nominated for her solo exhibition at BALTIC, Centre for Contemporary Art, Gateshead, in which she presented a trilogy of video installations. Price reanimates existing archives of imagery, texts and music to explore our complex relationship to objects and consumer culture. Her carefully sequenced films guide us through immersive virtual spaces, derived from the cultural debris of the material world. Tweet #EPrice

The Turner Prize award is £40,000 with £25,000 going to the winner and £5,000 each for the other shortlisted artists. The Prize, established in 1984, is awarded to a British artist under 50 for an outstanding exhibition or other presentation of their work in the 12 months preceding 24 April 2012. It is intended to promote public discussion of new developments in contemporary British art and is widely recognised as one of the most important and prestigious awards for the visual arts in Europe.

Work by the shortlisted artists will be shown in an exhibition at Tate Britain opening on 2 October 2012. The winner will be announced at Tate Britain on Monday 3 December 2012 during a live broadcast by Channel 4.