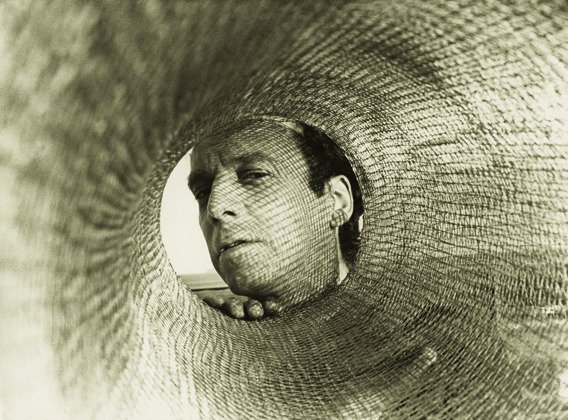 The work of Helio Oiticica (1937-1980), which in recent years has been discovered and reassessed outside Brazil, represents one of the most significant achievements of the 20th century. The exhibition "museu e' o mundo" constitutes the broadest possible retrospective of the artist, featuring 117 works, some of which are displayed in the outdoor spaces of the Museu Colecao Berardo. Many of Oiticica's penetrable works, which abandoned the museum in an attempt to seek new paths for painting, can be found in the exhibition along with the publication of his writings, which enable us to understand the way in which Helio Oiticica outlined the main problematics with which subsequent artistic developments would be confronted. Curators: Fernando Cocchiarale and Cesar Oiticica Filho. (Image: Helio Oiticica, Rio de Janeiro, 1979. Photo: Ivan Cardoso) Opening: Friday, September 21, 7pm.