III edition. Moniker Art Fair will be an installation based only edition, featuring designated artist project spaces combined with a commercial element. 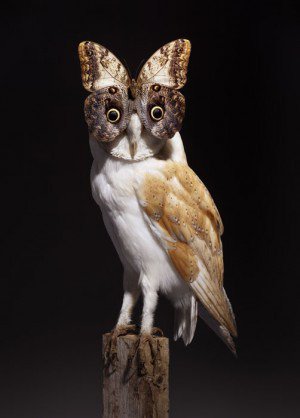 Moniker Art Fair, the event that put East London on the art map, returns to Village Underground from 11-14 October. Now in its third year Moniker i s firmly established as London’s alternative art event during Frieze week. Attracting some of the most renowned and talked about artists, galleries and curators from the cutting edge of today’s contemporary art market and the finer side of the street art movement.

Moniker Art Fair 2012 will be an installation based only edition, featuring designated artist project spaces combined with a commercial element. Each space will be individually curated, presenting an alternative to the traditional art fair format.

“Having become renowned for our flagship project spaces, this year’s edition of Moniker sees the full evolution of this concept,” commented Frankie Shea, co-founder of Moniker Art Fair.

The international artist line-up for Moniker 2012 is the most diverse yet. Following on from her summer sell out show and involvement with the AKA Peace project curated by Jake Chapman at the ICA, American born paradoxical art sculptor Nancy Fouts will be exhibiting at Moniker along with the ever popular and highly collectable Hush, who’s figurative work fuses Eastern and Western culture seamlessly. Other artists confirmed include legendary Pop Surrealist Luke Chueh and Pakpoom Silaphan who has exhibited internationally and featured in ‘My Private Collection’ with Grayson Perry, David Hockney, Shephard Fairey and Banksy, at the Paul Smith Gallery in Tokyo.

Dutch artist Niels ‘Shoe’ Meulman, brings his inimitable brand of ‘calligraffiti’ to London for the very first time and French collage artist Ludo will exhibit chlorophyll-tinted creations that have turned heads both on the street and in solo exhibitions worldwide. Jorge Rodriguez-Gerada - one of the founders of the NYC Culture Jamming movement, British contemporary artist Pam Glew renowned for her unique bleaching technique on vintage flags and materials and Mark McClure whose sculptural works draws inspiration from architecture and contemporary graffiti. Stik, Casey Grey, Greg Gossel, Vermibus, Amanda Marie and Penny also join the line-up.

Artists will be represented by leading international and UK contemporary galleries. Making their Moniker debut will include Pertwee Anderson & Gold (London), White Walls, (San Francisco), Suben (Barcelona), Rook and Raven (London), and Galerie Itinerrance (Paris). Whilst Scream (London), Shea & Ziegler (London/Barcelona), The Garage and Adenken (Amsterdam) will all be returning following the success of exhibiting at previous Moniker editions.

Moniker has once again teamed up with Jealous Print Studio and will be releasing a series of affordable limited edition prints that can be purchased direct from the fair. Further information about the prints and Moniker 2012 will be available at www.monikerartfair.com over the coming weeks.