France 1938-1947, De Picasso a' Dubuffet. Ten powerful sequences comprising almost 400 works by over a hundred artists are backed up by film and other documentary material. Works of survival that express the despair-driven energy of artists like Brauner, Ernst, Freundlich, Levy, Nussbaum, Rosenthal, Salomon, Soos, Taslitzky, Wols and others who used wax, string, stone, music paper and packaging in adapting their creative process and materials to the circumstances of the time. 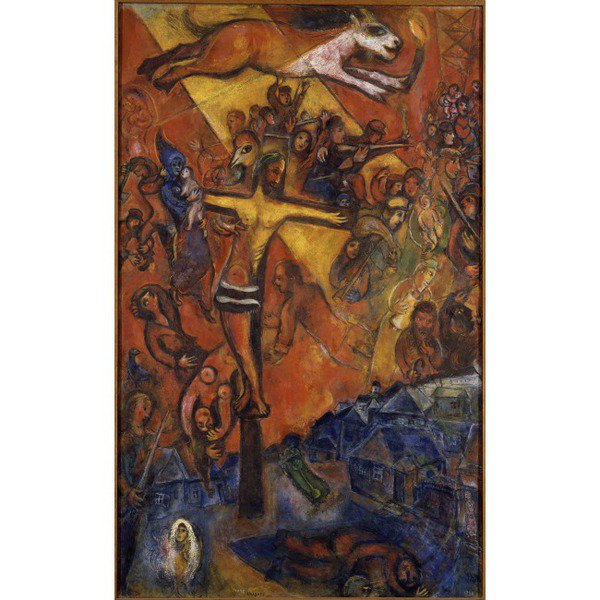 This exhibition at the Musée d’Art Moderne de la Ville de Paris shows how deeply artists changed the form and content of art in France in the climate of threat and penury of the years 1938-47. Ten powerful sequences comprising almost 400 works by over a hundred artists are backed up by film and other documentary material.

By way of introduction, the International Exhibition of Surrealism of January 1938 seems premonitory in a context of looming danger André Breton and Marcel Duchamp described as “sombre” and “stifling”. In France’s many internment camps, prisons and, soon, hideouts, creativity forged resolutely ahead: works of survival that express the despair-driven energy of artists like Brauner, Ernst, Freundlich, Lévy, Nussbaum, Rosenthal, Salomon, Soos, Taslitzky, Wols and others who used wax, string, stone, music paper and packaging in adapting their creative process and materials to the circumstances of the time.

On the heels of the Phony War and France’s defeat came Nazi occupation and the Vichy regime, with artists condemned to the new realities of the “dark days” and, for some of them — Arp, Hausmann, Magnelli, Masereel, Räderscheidt, Steib, Taeuber, Tita — concealment in places like Marseille, Grasse, Sanary and Dieulefit. The most visible part of the Paris scene was dominated by the established masters — Matisse, Picasso, Bonnard, Rouault and their followers, the “young painters in the French tradition”, like Bazaine, Estève, Lapicque, Manessier and Singier. The partial opening of the Musée National d’Art Moderne at the Palais de Tokyo in 1942 gave a taste of the timidity of a period stripped of its “undesirables”: Jews, foreigners, nonconformists, etc. By contrast the Galerie Jeanne Bucher was one of the rare (and unpublicised) outlets for work by artists — Klee, Domela, Kandinsky, De Staël — denounced as “degenerate” by propaganda in both Germany and France.

The postwar works of 1944-47 are a reaction to the physical and mental violence of the past. This part of the exhibition takes a fresh look at the great modern movements: some ensured the “reconstruction” under the aegis of the French Communist Party — Fougeron, Herbin, Pignon, etc. — and a renewal of sacred art, while other artists took a radical line in the form of tachism, informal art, art brut, lettrism and recycling of detritus from the war. All of this — the work of Atlan, Bissière, Debré, Fautrier, Giacometti, Hartung, Leduc, Masson, Richier, Riopelle, Soulages, Schneider and Tal-Coat, for example — pointed up the unrestrained psychic upsurge as the sole response to history. The first real post-Libération furore was triggered by Jean Dubuffet’s exhibition Mirobolus, Macadam et Cie, Hautes Pates at the Galerie Drouin, associated with everything that counted in “alternative” art at the time: the naives, the unknowns in psychiatric hospitals and the “anartists”: Artaud, Bryen, Chaissac, Corbaz, Duf, Forestier, Hyppolite, Michaux, Miro, Pujolle, Villeglé, Wols and others