The show presents different artistic approaches to the subject, competing ideas of the ideal male model as well as changes in the concept of beauty, body image and values. Starting with the period of Enlightenment in the 18th century, the show focuses mainly on the time around 1800, on tendencies of Salon Art, as well as on art around 1900 and after 1945. The exhibition also features reference works from ancient Egypt, Greek vase painting and works from the Renaissance. 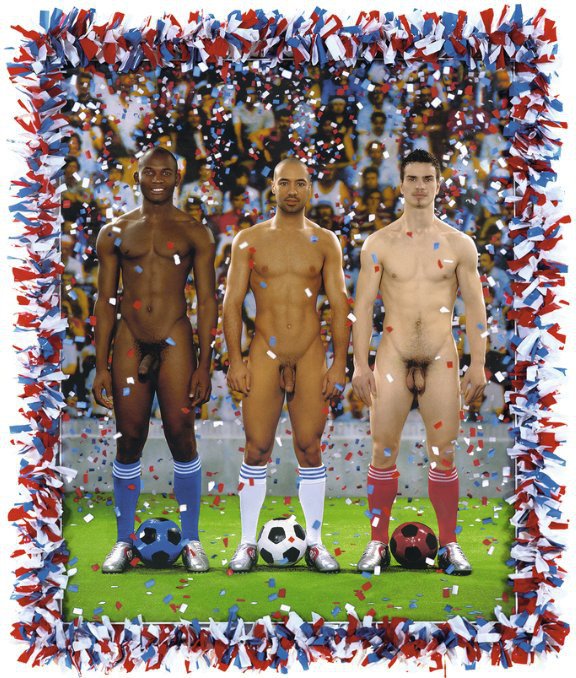 Previous exhibitions on the theme of nudity have mostly been limited to female nudes. With the presentation “naked men” in the autumn of 2012 the Leopold Museum will be showing a long overdue exhibition on the diverse and changing depictions of naked men from 1800 to the present.

Thanks to loans from all over Europe, the exhibition “naked men” will offer an unprece- dented overview of the depiction of male nudes. Starting with the period of Enlighten- ment in the 18th century, the presentation will focus mainly on the time around 1800, on tendencies of Salon Art, as well as on art around 1900 and after 1945. At the same time, the exhibition will also feature important reference works from ancient Egypt, examples of Greek vase painting and works from the Renaissance. Spanning two centu- ries, the presentation will show different artistic approaches to the subject, competing ideas of the ideal male model as well as changes in the concept of beauty, body image and values.

A changing concept – reassessing established categories
“Over the past years the depiction of naked men has gained an unprecedented public presence”, according to Elisabeth Leopold and Tobias G. Natter, the two curators of the exhibition. “At the same time, we want to respond with this exhibition to the fact that previously firmly established categories such as “masculinity”, “body” and “nudity” are now being reassessed on a broad social level”.

The embodiment of a worldview
For centuries the male nude formed the basis of the curriculum of European art acade- mies. This “educational” viewing of naked men meant that women were excluded from an artistic education for the longest time.

Antiquity as a benchmark and pretext
The depiction of male nudes gained new relevance around 1800 following Johann Joachim Winckelmann’s claim: “The one way for us to become great, perhaps inim- itable, is by imitating the ancients” . Thus, antiquity became a benchmark, if often only a pretext, for a new image of men, which often put the themes of nudity and sexuality in controversial proximity.

Bathing men
Towards the end of the 19th century a new subject emerged with the informal depic- tions of naked men bathing in the open air. This theme is presented in the exhibition with works by Henry Scott Tuke, Paul Cézanne, Edvard Munch and many others.

The naked self
Through the exponents of Austrian Early Expressionism, and most notably through Egon Schiele, nudity experienced an artistic peak as an expression of (self-)externali- zation at the beginning of the 20th century. A central concern during that time was the relationship between internal and external truth.

New gender models and identities after 1945
Another main emphasis of the exhibition will be on the changes in the perception of naked men after 1945, when new alternative ideals of masculinity met with compet- ing gender identities in post-war societies. In art and culture, get-togethers of naked men have received a new significance, as they are no longer merely perceived as active subjects and conveyors of ideas, but also as explicitly erotic objects. The presentation’s broad spectrum is further enriched with the inclusion of works by contemporary art- ists who address questions about the determinants of gender and identities and assert themselves through their art in the fight against political constraints and social repres- sion.