Loops. Most works contain a loop as seen before in other recent paintings. Some are closed, some are broken and some seem to meet at a point we can't see anymore. Everyone has a loop in his life, we exist and move to different places and go to somewhere no one knows. 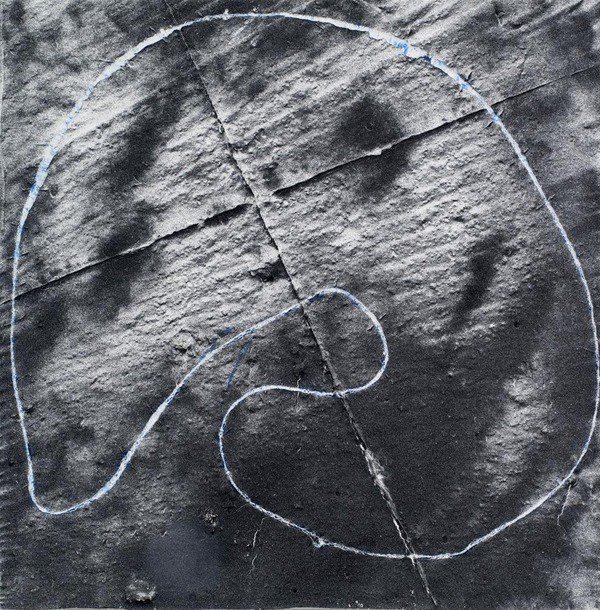 Zeno X Gallery is proud to present a second solo exhibition with Jack Whitten (°1939, Bessemer). Compared with his previous show, in which works on paper and monumental paintings were the focus, he now brings a selection of more intimate works. A new shift in his oeuvre emerges.

Jack Whitten was raised in Alabama, during a period where it was hard for people with Afro-American roots. They were constantly confronted with exclusion, ignorance and inequality. As a young man Whitten supported strongly Martin Luther King and demonstrated for the universal human rights. Due to growing violence in the Civil Rights Movement, he took some distance of the revolt. He started a pre-med education and was an Air Force ROTC cadet at the Tuskegee Institute. In 1960 he moved to New York to attend art courses at Cooper Union. He met a lot of artists but one had a great influence on his early work, Willem De Kooning. Also the works by Jackson Pollock, who deceased years before, was important to him.

Looking back at the sixties, Jack Whitten incorporated the legacy of Abstract Expressionism and mixed it with figuration. It was a period in which he researched his roots, his identity and his dreams but it was also a way to express his admiration for friends, family and meaningful public figures who passed away. Beginning the seventies his artistic developments became more personal and unique. He created a specific approach to painting where he abandoned the obvious presence of the hand. Instead he started using self-made and found tools, one was called the developer, to apply paint on canvas.

The experiment with paint, surfaces and texture turned out to be his main focus and figuration completely disappeared. He started spreading out the paint in one linear movement. Something we see also in the work of Gerhard Richter but ten years later. Painting becomes more and more an intensive process of research and a means to honor and remind meaningful people who passed away. During the eighties Whitten approaches paint as a metaphor for skin. In this period he starts to realize castings of paint and explores the sculptural quality of paintings by using the technique of collage amongst many others.

The city becomes his field and his source for what he calls 'Urban Abstractions'. Later, in the nineties, he intensifies the sculptural dimension in his works by cutting plates of paint into little mosaics. The process of construction, deconstruction and reconstruction gains in importance. A clear influence of ancient architecture and murals can be noticed in those works.

Recently he started casting paint in one surface and attaches it on a canvas or panel. He experiments with the texture of the surface, which almost resembles to a cosmic landscape. It could be parts of the moon. Here his chemical attraction to photography substantiates.

Most works of this show, contain a loop as seen before in other recent paintings. Some are closed, some are broken and some seem to meet at a point we can't see anymore. Everyone has a loop in his life, we exist and move to different places and go to somewhere no one knows. Jack Whitten participated already early in some important shows such as 'Annual Exhibition of Contemporary American Painting' (1969,1972) at the Whitney Museum of American Art in New York and 'Afro-American Abstraction: An Exhibition of Contemporary Painting and Sculpture by Nineteen Black American Artists’ (1980) at the Institute for Art and Urban Resources and P.S.1 Center for Contemporary Arts in New York. In 1974 he had his first solo museum exhibition at the Whitney Museum of American Art in New York. More recently, in 2007, a solo show was on view at P.S.1 Contemporary Arts Center in New York and in 2008 he was at Atlanta Contemporary Art Center with his solo 'Memorial paintings'. Many solo and group exhibition preceded and followed. Currently a retrospective exhibition is being organized. The Museum of Contemporary Art in San Diego will open this travelling exhibition in 2014.