An Exhibition under Construction is conceived for and in dialogue with the architecture of the emblematic building, designed by Hippolyto Gustavo Pujol Junior. The exhibition presents five site-specific installations created specially for the CCBB-SP. 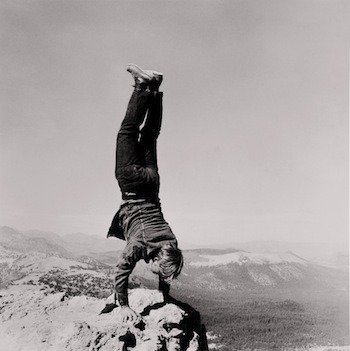 Plans for Escape – An Exhibition under Construction takes its inspiration from Adolfo Bioy Casares' novel Plan de evasión, published in 1945. This captivating story revolves around the figure of Henrique Nevers, a Frenchman sent to a penal colony in French Guiana. There, on the isolated island of Cayerme, Nevers meets the prison's governor Castel, who experiments on the minds and perception of his inmates with sadistic pleasure. His aim is to modify certain elements of their brains in such a way that the detainees experience feelings of freedom and happiness despite the fact that they remain locked in isolation. This great classic of the Twentieth Century is a fabulous examination of the affects of spatial confinement and the imaginary plans for escape that these conditions inspire, or in more abstract terms an allegory about the potency of physical and mental reactions to space.

Plans for Escape – An Exhibition under Construction is conceived for and in dialogue with the architecture of the emblematic CCBB-SP building, designed by Hippolyto Gustavo Pujol Junior, constructed in downtown São Paulo in 1901, renovated by Hippolyto Gustavo Pujol Junior in 1923 and then acquired by Banco do Brasil. The exhibition presents five site-specific installations created specially for the CCBB-SP. Cortina [Curtain] by Cristiano Rennó, will occupy the building's large central atrium with hundreds of translucent red and yellow plastic strips which fall from the third floor of the building almost to the ground floor. Just as responsive to the spaces and histories of the building is the installation by Sara Ramo, set up in the old bank vault in the basement. The artist has developed a mental, physical and emotional labyrinth based on references to the money bin owned by Disney character Uncle Scrooge, construction sites and the mining of precious metals.

Also highlighted in the exhibition are works never before shown in Brazil, such as Ocasião [Occasion], by Cildo Meireles, conceived in 1974 and first shown in 2004 in Germany. A large two-way mirror connects two independent rooms. In the first, mirrored walls surround a tub full of money, forcing the viewer to confront his/her own image in relation to the accessible pile of money. The second room is empty and dark, with the two-way mirror functioning as a window to the first room. A Conversação [The Conversation], by Rivane Neuenschwander, was shown in 2010 at the New Museum, New York. The installation is inspired by the eponymous 1974 film by Francis Ford Coppola, in which a specialist in eavesdropping devices believes that he is being observed, and features surveillance devices installed at strategic points in a museum.

The historical segment of Plans for Escape – An Exhibition under Construction focuses on works by artists who helped to create an awareness of the relationship between art and place. Gordon Matta-Clark's Coat Closet (1973), which belongs to the collection of Inhotim, and Claudia Andujar's São Paulo Através do Carro [São Paulo As Seen by Car] (1975/2012) will both be shown for the first time in Brazil. A photographic reporter in the 1960s, Andujar photographed the city from a car while a friend drove. Experimental artist Robert Kinmont is represented by the series My Favorite Dirt Roads (1969) and 8 Natural Handstands (1969/2009), the latter of which combines photography, sculpture and performance while speaking of the romantic connection of the artist with the environment and his own presence in the landscape of California, where he was born, grew up and works today.

Photographer Mauro Restiffe was invited to document the making of the show, including the moment prior to its arrival in the space and the environs of the CCBB-SP. The results of his engagement with the exhibition will be published in a book completed and released shortly after the opening of the exhibition, and will function as both an artwork and an exhibition catalogue.

Curators
Jochen Volz is Head of Programmes at the Serpentine Gallery in London, United Kingdom, and curator at the Instituto Inhotim, Minas Gerais, Brazil.

Rodrigo Moura is a curator, editor and art writer. He is a curator and Deputy Director of Artistic and Cultural Programs at the Instituto Inhotim, Minas Gerais, Brazil.