Global Slum. A documentary photo and text work, culled from image banks in nine locations on four continents. Jafri urges the viewer to look at these locations of image production as sites of labour and role play. 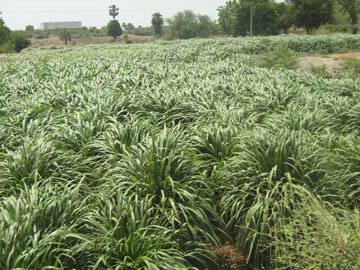 There are sites where images are produced, where other times and places are simulated. Film, media and war cities exist to us as simulacra, as sets of representations.

Global Slum (2012) is a documentary photo and text work by Maryam Jafri, culled from image banks in nine locations on four continents. Jafri urges the viewer to look at these locations of image production as sites of labour and role play. The project complicates the traditional divide between a thing and an image, between material and immaterial work as it regards these places beyond their mere function as pictures. We may look at a scenic landscape of a rural environment. It is not immediately evident that what appears to be a place in nature functions as a "rural film set" in Ramoji, India. What is the status of this place at the moment we are looking at it? Does it exist to us as natural land or is it a model?

Examining look-alike sites of schools, hospitals, prisons for s/m role play or software offices that have been reconstructed to be filmed, we can draw connections between these different locations as sites where representations are produced and put into play. At first glance, what may appear as architectural simulacra, are in fact all sites of labour: they are used as much as imaged, produced as much as imagined, they are actual places with real economic, physical, and psychological effects.

Maryam Jafri is interested in the nature of lens-based images, their staging and circulation and the role of language and memory in the construction of personal and national identity. Her work has been showed widely in Europe, North American and Asia, most recently included at Manifesta 9, Taipei and Shanghai Biennials (2012). She lives in New York and Copenhagen.

With the support of the Danish Arts Council.