The MCA Collection in Black and White. Many artists represented in the exhibition, such as Robert Ryman and Ad Reinhardt, significantly limit their palette or produce works of one color in order to explore and emphasize the most basic formal aspects of art making, such as line, color, and technique. 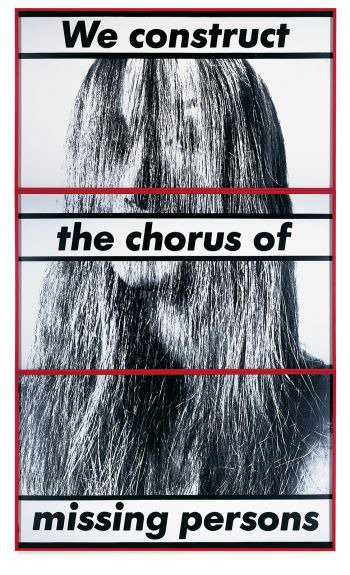 Producing artworks using a single color has been a major strategy for artists throughout the twentieth and twenty-first centuries, from Kazimir Malevich’s early suprematism to Anish Kapoor’s contemporary forms that attempt to imagine infinitude. Color Bind: The MCA Collection in Black and White investigates the museum’s rich permanent collection through one of art history’s basic formal lenses: the use of the colors black and white.

Color Bind looks broadly at the MCA Collection to survey how color can be used literally, formally, and metaphorically in art and to reveal how apparently formal considerations are often rooted in social issues. Many artists represented in the exhibition, such as Robert Ryman and Ad Reinhardt, significantly limit their palette or produce works of one color in order to explore and emphasize the most basic formal aspects of art making, such as line, color, and technique. Moving beyond such formalist meditations, artists such as Richard Serra and Félix Gonzáles-Torres employ minimal color tones as a critical take on art’s representational role. Other artists intentionally use specific techniques combined with a black-and-white palette as a method of introducing social and ethical dimensions into art practice. For instance, Raymond Pettibon, Marlene Dumas, and Howardena Pindell appropriate the inky form of newspapers and comic books as a way to comment on conflict and violence. Kara Walker adopts nineteenth-century silhouette forms to present racially exaggerated bodies, and Glenn Ligon, who does the same in his print series, also uses the monochrome canvas in his paintings as both a metaphor and a foil for depictions of race. Artists such as Richard Artschwager and Adam Brooks use text to demonstrate how basic language can be co-opted into polemics, or “black-and-white” forms of discourse.

With dozens of works in all media, Color Bind muses on the ways the English words “black” and “white” evoke both simple formal notions and metaphors for race, politics, and historical movements. Set to coincide with the recent US presidential election, this exhibition calls attention to the ways seemingly neutral formal terms assume moral dimensions that, in turn, complicate and politicize the very works assumed to be neutral.

This exhibition is organized by Naomi Beckwith, Curator at the Museum of Contemporary Art Chicago.

Museum of Contemporary Art MCA
220 East Chicago Avenue - Chicago
Tuesday 10 am - 8 pm Wednesday through Sunday 10 am - 5 pm Thanksgiving, Christmas, New Year's Day: Closed
Admission Prices:
Suggested General Admission $12
Students with ID and Senior Citizens $ 7
MCA Members, members of the military, and children; 12 and under (must be accompanied by an adult)Free
Admission is FREE for Illinois residents on Tuesdays year round.