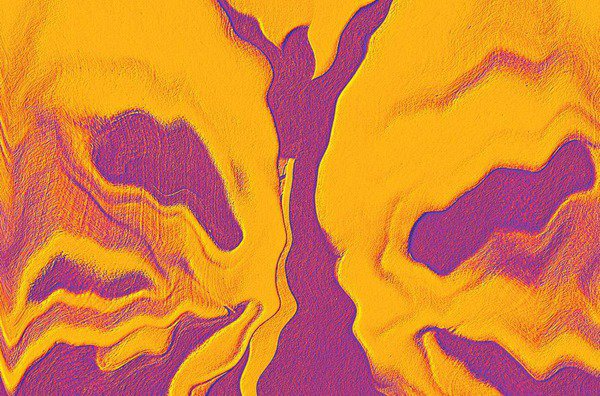 Since the 1960s the artist has significantly contributed to the extension of the term of art and to media art. Her both photographic and filmic oeuvre is concerned with political, social and cultural issues. Under the title 'First Light' Katharina Sieverding presents works from 1969 and 2012. The concept of montage and collision is the basic parameter of all works shown in the exhibition. Solarized Iranian revolution encounters Chinese paper cut, Jack Smith meets Katharina Sieverding, Edward G. Robinson and James Cagney meet in front of the Concorde, seven-branched candelabrum gets together with ocean waves, radiator coincides with arrangement of folds and enlargers are superimposed onto quartz crystals. The emphasis on the interface as the moment before it is being decided if we are dealing with collision or conjunction, attraction or rejection is a productive tension where conflict becomes art. As the sunlight permanently breaks on the earth to parallel divide and unite light and darkness, Sieverding's works bring out cuts, stratifications and conflations. In vertical synchronicity or asynchronicity First Light marks casualization, propaganda, post-studio, folding and unfolding, visual aggravation and nemesis and carries the neurosis of sway without redemption by history. Opening reception 10 November 4 - 7p.m.