Tue-Sat 10am-6pm and by appointment

With 'Words Applied to Wounds' the artist continues to explore various possibilities for articulating personal narratives, asking how it is that we tell (edit, remember, fictionalize) our own story to ourselves. 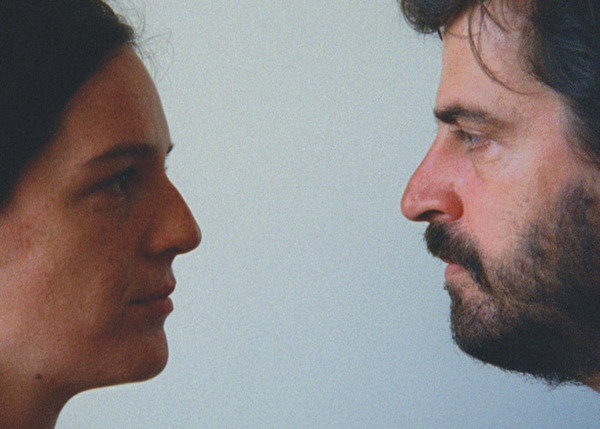 Murray Guy is very pleased to announce Words Applied to Wounds, an exhibition with Alejandro Cesarco on view from 15 November 2012 through 12 January 2013. Please join us for a reception with the artist on Thursday, 15 November, from 6 to 8pm.

With Words Applied to Wounds, Cesarco continues to explore various possibilities for articulating personal narratives, asking how it is that we tell (edit, remember, fictionalize) our own story to ourselves. In particular, many of the works assembled in the gallery thematize experiences of loss, mourning, and regret. Between the immediate past and the projected future — between recollection and anticipation — they ask visitors to imagine various ways or strategies for constructing the present.

Included in the exhibition is an imagined book (Where I’m Calling From) that brings together images of Cesarco’s early works with photographs and citations from some of his influences; a video (If In Time) which narrates a set of elliptical interactions between an imagined couple, suggesting various fantasies of understanding, change, and contentment; an “index” to a book not yet written (Index, An Orphan) which inventories and refers to experiences of mourning and loss; a “translation” of James Joyce’s Portrait of the Artist as a Young Man which consists of an empty calendar comprised of all of the Januaries of the artist’s youth; and a large “line drawing” (An Abridged History of Regret) that the artist produced by combing through his library, considering diverse “paths not taken.”

Concurrently with his exhibition at Murray Guy, Cesarco will present an “Artists on Artists” lecture on the work of On Kawara at the Dia Art Foundation, New York, on Monday, December 10 at 6:30pm.

Alejandro Cesarco (b. 1975 in Montevideo, Uruguay) lives and works in New York. He currently has a solo exhibition on view at MuMOK — Museum Moderner Kunst Stifting Ludwig, Vienna (through 13 January) and he is included in The Imminence of Poetics, the 30th Bienal de São Paulo (through 9 December.) Cesarco represented Uruguay at the 2011 Venice Biennale, and that same year he was awarded the Baloise Art Prize for his installation at Art 42 Basel, The Streets Were Dark With Something More Than Night Or The Closer I Get To The End The More I Rewrite The Beginning. Recent solo exhibitions include Activating the Collection: One Without the Other, Museo Rufino Tamayo, Mexico City (2011); A Long Time Ago Last Night, Ar/ge Kunst, Bolzano (2011); Present Memory, Tate Modern, London (2010), and Alejandro Cesarco, ArtPace, San Antonio (2010.) Recent group exhibitions include Found in Translation, Deutsche Guggenheim, Berlin (2012); formes brèves, autres, FRAC Lorraine, Metz, and MARCO, Vigo (2012); Short Stories, Sculpture Center, New York (2011); and Nine Screens, The Museum of Modern Art, New York (2010.)