Showcasing more than 60 works from Africa and the Western avant-garde, the exhibition evokes the original context in which they were first experienced simultaneously nearly a century ago. Highlights of the exhibition are 36 wood sculptures from West and Central Africa presented alongside photographs, sculptures, and paintings by Alfred Stieglitz, Charles Sheeler, Pablo Picasso, Francis Picabia, Diego Rivera, Henri Matisse and Constantin Brancusi. 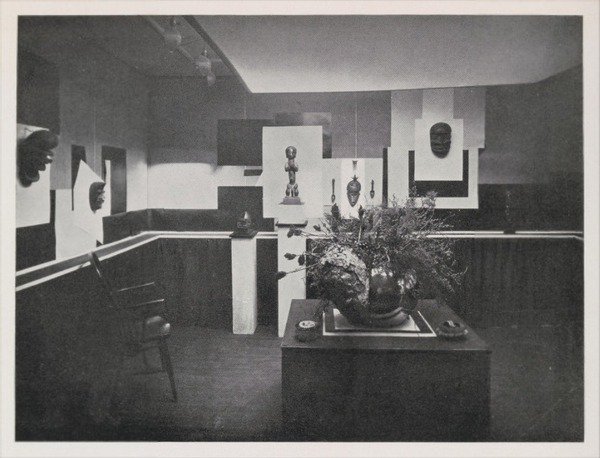 The Metropolitan Museum of Art will present a special exhibition highlighting the African works acquired by the New York avant-garde and its most influential patrons during the 1910s and 1920s. At the beginning of the 20th century, the appreciation of African artifacts in the West shifted dramatically from colonial trophies to modernist icons. Reflecting on New York's dynamism during the years that followed the 1913 Armory Show, African Art, New York, and the Avant-Garde brings together African art from the collections of many key individuals of the period, now dispersed throughout private and institutional collections. Showcasing more than 60 works from Africa and the Western avant-garde, the exhibition evokes the original context in which they were first experienced simultaneously nearly a century ago. Highlights of the exhibition are 36 wood sculptures from West and Central Africa; they will be presented alongside photographs, sculptures, and paintings by Alfred Stieglitz, Charles Sheeler, Pablo Picasso, Francis Picabia, Diego Rivera, Henri Matisse, and Constantin Brancusi.

The exhibition is made possible by the Friends of the Department of the Arts of Africa, Oceania, and the Americas.

The exhibition will unfold chronologically and thematically in four sections.

The year 1914 was a turning point for African art in America when two New York galleries introduced African sculpture to their audiences: Robert J. Coady’s newly opened Washington Square Gallery; and Alfred Stieglitz’s well-established Little Galleries of the Photo-Secession, commonly known as 291. Featured prominently in this section will be Stieglitz’s 1914 exhibition dedicated entirely to African artifacts as works of art. Photographs of this early installation will be displayed and works exhibited at the time will be reunited. Among the sculptures will be a mask created by a We or Dan artist from Côte d’Ivoire and a Fang reliquary element from Gabon; they will be exhibited in America for the first time since 1914.

New York City progressively positioned itself as a central marketplace for African art. This section sheds light on the years 1915-19, when American dealers began promoting African objects as art to a growing group of collectors. Among the dealers, Mexican artist Marius de Zayas (1880–1961) was largely responsible for helping some adventurous modern-art collectors—such as Walter and Louise Arensberg, John Quinn, and Agnes and Eugene Meyer—to build their African art collections. This section focuses on De Zayas’s activities as an able art dealer and his relationships with the avant-garde collectors. Among the works on view, a rich ensemble of photographs by American artist Charles Sheeler, a close collaborator of De Zayas at the time, vividly records New York’s encounter with African art.

During the early 1920s, several American institutions began opening their doors to African art. This section highlights the collections and exhibitions from the University of Pennsylvania Museum and the Whitney Studio. Works on view will include three photographs by Charles Sheeler capturing the 1923 exhibition entitled Recent Paintings by Pablo Picasso and Negro Sculpture at the Whitney Studio Club. Exhibited nearby will be a 19th-century Fang reliquary head from Gabon, which is a subject appearing in two of the Sheeler’s photographs.

Section 4—The Blondiau-Theatre Arts Collection and the Harlem Renaissance

The Harlem Renaissance is a cultural movement characterized by a flowering of African-American literature, theater, music, and art in the 1920s. For its members, African art resonated with a desire to connect with their distant past. Chief among the intelligentsia of the Harlem Renaissance was the philosopher Alain LeRoy Locke (1885–1954). To provide artists with study material, Locke obtained a large collection of art from what was then the Belgian Congo. Selected works from this collection—now dispersed and rarely exhibited—will be displayed alongside the works by African-American artists they inspired. Negro Masks, a painting by Malvin Gray Johnson (American, 1896-1934), will be reunited for the first time with the masks from Nigeria and the Democratic Republic of the Congo it depicts.

In addition to 11 works from the Metropolitan Museum’s own holdings, the exhibition includes 51 loans from private and institutional collections including the University of Pennsylvania Museum, Philadelphia; Museum of Fine Arts, Boston; Field Museum of Natural History, Chicago; Musée Dapper, Paris; Art and Artifacts Division of the Schomburg Center for Research in Black Culture, New York; and the National Museum of African Art, Washington, D.C.

African Art, New York, and the Avant-Garde is organized by Yaëlle Biro, Assistant Curator in the Department of the Arts of Africa, Oceania, and the Americas.

Gallery talks and exhibition tours will be offered in conjunction with the exhibition, and a public lecture will take place on February 8, 2013.

The exhibition will be accompanied by a special issue of Tribal Art Magazine.