Brut: beyond the outline

A variety of artists get to grips with the subjective and the universal in the framework of the confrontation between the market, the product and mass production: Selina Baumann, Giona Bernardi, Anna Choi, Paul DeFlorian, Pier Giorgio De Pinto... 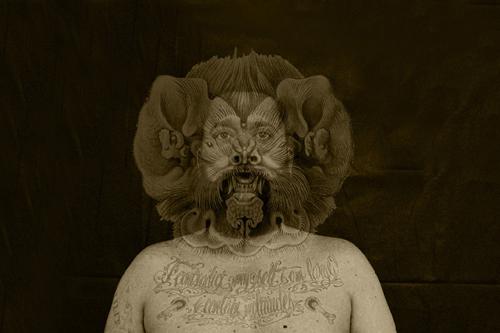 I never cease to wonder whether the artist, or more in general any human being who has been bitten by the creative bug, is fundamentally a solitary animal, a nocturnal, night-walking Steppenwolf, who is capable of taking his subjective, individual world and rendering it objective, so as to spread it and re-project it on the changing society around him. In the isolation of the creative, the way his work is interpreted changes with time, enabling the artistic message to comply with the criteria of a circular osmosis and of a return. Or, on the other hand, whether the creative is or is not an (id)entity above the individual id; an unconscious element belonging to a universal dimension. This is a question that has been coming back time and again at regular intervals for centuries.

An even more hysterical, yet refined interrogative concerns the form that may have been taken by this shift away from one society that made no attempt to explain the inexplicable and towards another, the society of enlightenment and the market, that tried to rationalise the irrational. From the Bourgeois Revolution to the Short Century – unquestionably one of the worst of periods with regard to the concept of aesthetic ugliness, artistic superficiality, conceptual pretext, the brutalisation of the dignity of the human being and the emptying of meanings – the entire conception of value has undergone substantial modification, with the result that an analytical approach at all costs and an historical and sociological reading have fundamentally replaced a more philosophical and authentically creative interpretation of thinking in general. It was a century when the invention of the avant-gardes ultimately created fashions and markets, models and linguistic coherence in a complete free-for-all, to the point of verging on – if not being overtaken by – a reality fertilised by a cumbersome reproducibility and filiation, while at the same time putting the self-same avant-garde/fashion in a state of pernicious menopause rendered self-evident by the market itself, which has ended up moreover promoting the culture of ignorance.

The exhibition BRUT: BEYOND THE OUTLINE, due to be inaugurated by the MACT/CACT CONTEMPORARY ART IN CANTON TICINO on 24 November 2012 at 5.30 p.m., sets out to investigate how a variety of artists get to grips with the subjective and the universal in the framework of the confrontation between the market, the product and mass production. The artists in question operate on a knife-edge, where they question form, both in both painting and sculpture and in the application of all other languages. By balancing their intimate selves with social necessity and morphology, they induce the iconological aspects of art to take back their preponderant role in relation to reality. In this sense, it is possible to theorise that reality is internalised and metabolised to the point of being overcome and brought back to its primordial, primitive root, of gesture, liturgy and dance. In what verges on a perdition of consciousness in the act and the liturgy of making, these artists unearth the obscure world that constitutes an anti-reality, an asociality poised towards an absolute, absolutist truth.

Centro d'Arte Contemporanea Ticino - CACT
via Tamaro, 3 - Bellinzona
Fri-Sat-Sun from 2.00 to 6.00 p.m. MACT/CACT Contemporary Art in Canton Ticino remains closed during the Christmas celebrations from December the 24th 2012 until January the 11th 2013