The Masterpieces of the Yvon Lambert donation

The creative avant-garde over the past 50 years. In avant-garde style, he imported from the U.S. the Minimalist, Conceptual, and Land art works that form the basis of the collection. In the 80s, Lambert turned towards a new form of painting that was more figurative; in the 90s, photography caught his eye. Since the nineties, video art, installations and painting have formed the backbone of his acquisitions, enhancing the collection with the work of young up-and-coming creators. 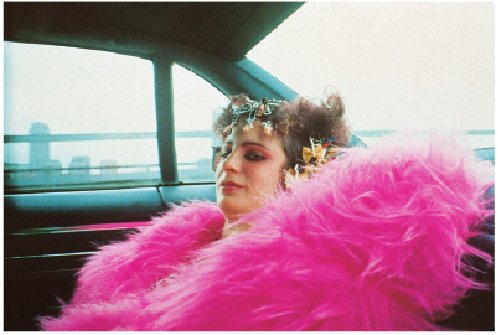 After celebrating its tenth anniversary, the Lambert Collection is entering a new phase. During the President of the Republic’s official visit to the museum on 18 November 2011, Yvon Lambert confirmed she would donate her collection to the State for permanent conservation in Avignon. Since this date, Avignon city council and the Culture Ministry have committed the finance necessary to expand the museum to the neighbouring Hôtel de Montfaucon, which would effectively double its exhibition space.
The donation will officially become public this summer and is set to become the largest benefaction to public collections in over a century. France’s national heritage will thus benefit from this complete historical collection, built up over 50 years and comprising of 600 works valued by Christie’s at nearly 100 million euros.

To celebrate the event, the museum will present the masterpieces of the Lambert Collection throughout the summer. The public can thus discover or rediscover the great names of Yvon Lambert’s unique collection, conserved in Avignon, but rarely presented within the Hôtel de Caumont rooms. Yvon Lambert has amassed the collection representing his tastes, aspirations and passions since the sixties.

The dealer-collector rejected academicism and soon realised that the world’s creative centre had shifted from the Paris of the Glory Years to a triumphant America. In avant-garde style, he imported from the U.S. the Minimalist, Conceptual, and Land art works that form the basis of the collection. In the eighties, Lambert turned towards a new form of painting that was more figurative; in the nineties, photography caught his eye. Since the nineties, video art, installations and painting have formed the backbone of his acquisitions, enhancing the collection with the work of young up-and-coming creators.

This exhibition, as well as the catalogue devoted to it, sets out to show the rarity and prestige of a collection devoted to the creative avant-garde over the past 50 years. It also sets out to show how the museum, through its conservation, has managed, in the course of 12 years, to develop its reputation as a major focus for the contemporary artistic scene. This role has been played at national and international levels, with key group or monographic exhibitions (Sol LeWitt, Cy Twombly, Miquel Barcelo, Douglas Gordon, Roni Horn, Lawrence Weiner, Vik Muniz and many others); but also at the local level, by developing a sustained cultural policy in respect of the public, especially youth, through prolific partnerships with the region’s cultural institutions.

The first act is not intended to form the first part of a chronological study of the movements and artists present in this historical collection. It instead introduces a collection that started in the sixties with the artists of the new avant-garde, that was continued throughout the 80s and 90s, and that has recently been enhanced by the works of the young generation of early 21st century artists. The collection thus combines the works of artists driven by a radical desire to break with traditions (Lawrence Weiner, Richard Serra, Robert Mangold, and more) with those of artists whose own perspectives focus on past works and their appropriation of them (Andres Serrano, Douglas Gordon, Bertrand Lavier, Jean-Michel Basquiat, Bertrand Lavier, Zilvinas Kempinas, among others). Such crossed perspectives portray, once more, how innovative and visionary many were in their time; they also portray the importance of realising today that engagement with the world requires a sharpness of vision to look backwards, through memories of a near or distant past, whether personal or universal.

The Lambert Collection
The collection is now formed of very coherent series from each artist, to the extent that, for some, Avignon is the only place in France where so many masterpieces can be admired. This was the case for Cy Twombly, whose “Blooming” exhibition in summer 2007 introduced the public to over 30 of his works. This was also the case for: Robert Ryman, at least 10 of whose canvases have been exhibited; Andres Serrano, who offered the museum 120 photographs in 2006; Sol LeWitt, offering more than 35 sculptures, paper works and wall drawings; and Nan Goldin, with 70 photographs. Others in this list include Donald Judd, Brice Marden, Daniel Buren, Dennis Oppenheim, Gordon Matta-Clark, Anselm Kiefer, Miquel Barcelo, Julian Schnabel, Jean-Michel Basquiat, Barbara Kruger, Douglas Gordon, Bertrand Lavier, Loris Gréaud, Vincent Ganivet, Zilvinas Kempinas, and many more besides.