A powerful dialogue addressing ideas surrounding how artists, lovers, strangers, and relatives interact with one another in a single moment or throughout their entire lives; the intricate and difficult meanings inferred just by being... closer. 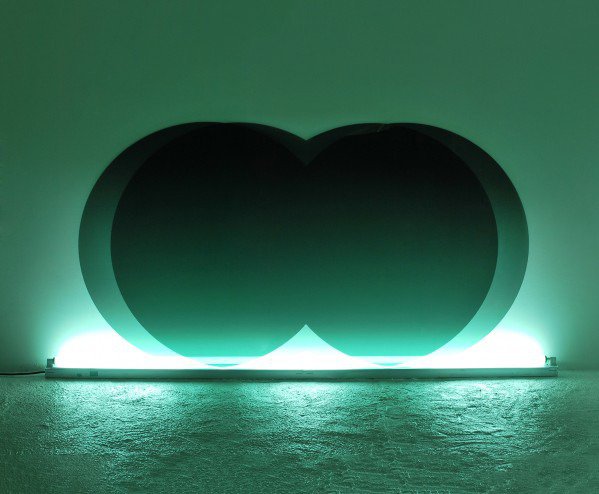 What began as an intensive curatorial project for Director Anthony Spinello in April 2012 (with a collaborative work called JOIN, by world-renowned Cuban artist Félix González-Torres and Michael Jenkins) evolved into an exhibition at White Box, New York, entitled PERFECT LOVERS. That show investigated the fluctuations of relationships, time, and mortality. On December 4, Spinello brings you CLOSER, culminating in a powerful dialogue addressing ideas surrounding how artists, lovers, strangers, and relatives interact with one another in a single moment or throughout their entire lives; the intricate and difficult meanings inferred just by being…closer.

There are over twenty variations on the definition of the adjective ‘closer.’ Among them: being near in space and/or time, bound by mutual interests, affections or loyalties, proximity to the surface or edge of something, and shut in tightly. CLOSER presents fifteen emerging artists and their investigations into the qualities and secrets that create, bind or dissolve relationships. The exhibition relays an overarching concern of how we, as people, struggle to maintain our spoken and unspoken communications with the ‘other.’

These dedicated, accomplished practitioners span nine countries (Argentina, Great Britain, France, South Africa, Israel, China, Croatia, Venezuela and the United States) and six artistic mediums (video, audio, installation, performance, drawing, and sculpture) with a combined initiative to challenge their audience in an electric, inspired space. Israeli artist Naama Tsabar’s site-specific sound installation, For You (Closer) will build from and within the gallery’s own architecture as an audio source. South African-born Rowan Smith constructs a wall of speakers that crumble under fluctuating volumes of an apartheid era protest song. Briton Robert Montgomery pays tribute to González-Torres with a leviathan ‘news time-line’ billboard. Paris-based artists, twins Abby Double and Federico Nessi, produce films showing the lyric, poetic nature of collaboration. Croatian artist Sinisa Kukec creates a stereoscopic illusion made from specially-crafted acrylic glass. Hong Kong-born Ingrid Lee reflects on the tensions between herself and a male counterpart using nothing but feedback from two megaphones. Finally, artists from across the United States (Ana Mendez, Ruben Millares, Manny Prieres, Reeve Schumacher, TYPOE and Antonia Wright) all contribute poignant visions of the nature of dualities and the joining of two entities into one cohesive act or statement.

Argentinian artist Agustina Woodgate will present a series of conceptual exercises on the nature of the world’s landscape, currencies and their imagined value, and the physical elements that represent love and its many variants. Woodgate will be the first Miami-based artist to be accepted as a solo project, called New Landscapes, with the Art Positions sector of Art Basel Miami Beach 2012.

Spinello Projects is a contemporary art venture based in Miami founded by Anthony Spinello in 2005. Spinello Projects prides itself in exhibiting intelligent works of art in every conceivable medium by local emerging artists. Over the course of six years, Spinello Projects has become a playground for unorthodox and experimental artists not easily placed into the confines of a traditional gallery space. Its mission: to initiate groundbreaking change in Miami’s cultural landscape and beyond, shaping into a formidable contender in the global contemporary art world.