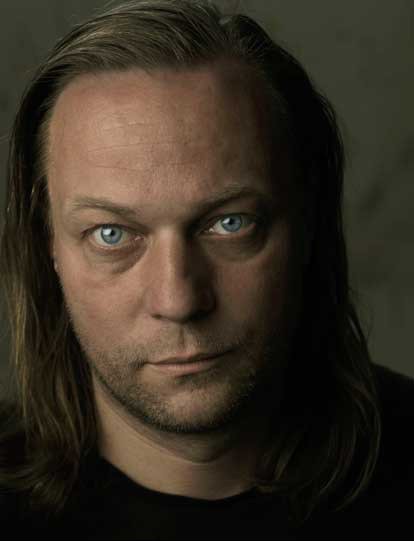 Neuer Berliner Kunstverein shows new work by Anja Kirschner (b. 1977 in Munich) and David Panos (b. 1971 in Athens). In recent years, Kirschner and Panos have established themselves internationally, taking a significant position in artist video and were awarded the 2011 Jarman Award. Most recently their work has been exhibited in locations including: Artist Space, New York (2012), Liverpool Biennial (2012), Staatsgalerie Stuttgart (2011) and Kunsthall Oslo (2011).

Their video Ultimate Substance (2012, 34 min), presented for the first time in Germany, will be staged in a setting of sculptural elements. The film departs from the hypothesis that the advent of coinage, which first emerged in ancient Greece, led to the fundamental division between sensual and abstract forms of experience. The metaphysical outlook of Greek philosophy and mathematics can be seen as corresponding to the abstract experience of monetary exchange.

Ultimate Substance was filmed in and around the Numismatic Museum of Athens and in Lavreotiki, a nearby mining district, where industrial scale extraction provided the silver on which the classical Athenian city-state was founded. Abandoned in Roman times, the mines were re-discovered in the 19th century making Lavrio the first factory town of the modern Greek state. In the 1970s the local mining industry was again dismantled. Today the factory ruins house a museum on mining history.

Jumping between images of antiquity and present-day crisis ridden Greece, the film is neither documentary, nor a narrative work. Instead, it consists of fragmented pictorial quotes that are assembled and shuffled through hard cuts, emphasized with concrete sound editing.

The artists collide choreographed movements of labor, geometric proofs, and archaeological and contemporary everyday objects, contrasted and compiled into a reflection on economy and the prehistory of industrial labor. Kirschner and Panos propose the introduction of coinage as crucial to the rise and development of the Western philosophical tradition and science, which even today dominates the way in which we comprehend the world.

Publication
The exhibition is accompanied by an artist’s book with an essay by Richard Seaford, a text collage by Anja Kirschner and a foreword by András Pálffy, published by Revolver Publishing, Berlin.

Jens Ziehe (b. 1966 in Eckernförde) has been working as a freelance photographer in Berlin since 1989. He has studied Photography at the renowned Lette-Verein in Berlin from 1987 to 1989.

Out of his extensive oeuvre Ziehe presents, in his exhibition at n.b.k.’s Showroom, artist’s portraits from more than 20 years, ranging between life- and magazine style, photojournalism and classic portraiture, including Franz Ackermann, Olafur Eliasson, Valérie Favre, Dan Graham, Mike Nelson, and Thomas Scheibitz.