Diabolic Loop. It refers to an economic theory that proposes the model of a negative feedback loop as a way to explain the aggravated relationship between weakened European banks and sovereign states. 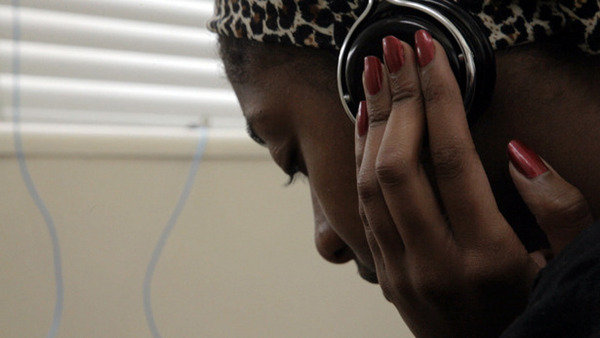 The title of the exhibition, Diabolic Loop, refers to an economic theory that proposes the model of a negative feedback loop as a way to explain the aggravated relationship between weakened European banks and sovereign states. The works in the exhibition attempt to unpack and make material some of these analogies derived from technological processes.

Sarah Browne's research-based practice centres on the production, distribution and use of particular objects in different situations and locales. She uses the peculiar status of the art object, and its uncertain purpose, as a hinge to lever discussions about economy, value and politics.

Browne's 16mm film Second Burial at Le Blanc (2011–2012) follows a procession through Le Blanc, a small French town where local merchants continued to accept French francs for goods and services until 17 February 2012. Central to the film's plot is the artist's bespoke 'ticker-tape countdown clock,' which printed both a live currency feed and a countdown of the time remaining of the franc's usage in the town. The film documents an invented ritual around this object, appropriating traditions such as the ticker-tape parade and the 'second burial' (a ceremony in Madagascar where a corpse is exhumed and paraded around the village before a second, final farewell). This mystery of faith—in the franc, and in the idea of a nation defined by its economic protocols—is set against present-day insecurity surrounding the future of the euro. A religious temporality in which salvation or satisfaction is continually deferred overlaps with a financial sense of time. A newsprint publication that weaves together historical and anthropological references in the work is distributed freely in the gallery and in Le Blanc.

Browne's approach is rooted in documentary, operating from a principle of 'critical proximity' and adopting methods from the social sciences. Flexible in form, the work invokes a variety of problematic documentary strategies, communicating the role of emotion and affect in the development of new forms of social imagination.

The Cognitive Radio (2012) is a film made in collaboration with members of Ikon Gallery Youth Programme in Birmingham, produced through a year-long residency titled Scarcity Radio and distributed online. Explicitly informed by contexts of government cuts to education and austerity measures, the project partly investigates how pirate radio stations of the 1980s were connected to periods of recession and social unrest, exploring what the contemporary resonance of this might be with a group of young people without the memory of these events. Filmed in a quiet geology museum, The Cognitive Radio addresses links between mining and telecommunications in order to tackle our understanding of so-called scarcity economics. Significant objects in the film include the black mirror of a smartphone and a primitive radio made with a lump of pyrite. A working version of this radio is presented in the gallery as the sculpture, How to Use Fool's Gold (2012).

Recent exhibitions by Sarah Browne include How to Use Fool's Gold, Ikon Gallery, Birmingham and Contemporary Art Gallery, Vancouver (2012); Second Burial at Le Blanc, Project Arts Centre, Dublin (2011) and Highlanes Gallery, Drogheda (2012); Minimalism and Applied II, Daimler Contemporary, Berlin, and Unto This Last, Raven Row, London (both 2010). In 2009 she co-represented Ireland at the 53rd Venice Biennale with Gareth Kennedy and Kennedy Browne.

Sarah Browne is a member of PROJECT CATALYST, an initiative of Project Arts Centre.