The 7th Asia Pacific Triennial of Contemporary Art. APT7 presents a broader scope on the region than ever before, exploring themes including temporary structures and transforming landscapes, varied engagements with the city, and the adaptability of local cultures in the globalised world. 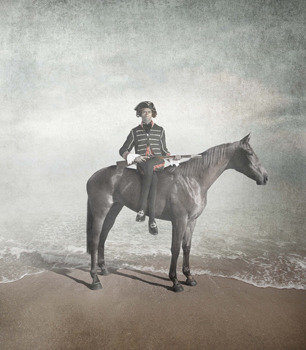 Since 1993, the Asia Pacific Triennial of Contemporary Art (APT) has been the Queensland Art Gallery | Gallery of Modern Art's flagship contemporary art exhibition. The only major series in the world to focus exclusively on Asia, the Pacific and Australia, the APT's acquisition program and commissioning focus have built an internationally renowned collection of contemporary Asian and Pacific art for the Gallery.

APT7 marks the twentieth anniversary of the APT, and will be the most ambitious to date. Occupying both Gallery buildings, it will feature new and recent works by 75 senior and emerging artists and groups from 27 countries. These include major new commissions by Huang Yong Ping, Atul Dodiya, LN Tallur, Richard Maloy, Shirley Macnamara and Tiffany Chung.

APT7 presents a broader scope on the region than ever before, exploring themes including temporary structures and transforming landscapes, varied engagements with the city, and the adaptability of local cultures in the globalised world.

Major groups of works by younger-generation artists from Indonesia and Vietnam reflect the exciting scenes emerging in those countries. The diversity and depth of Australian Aboriginal art is expressed in the work of five artists, representing some of the most dynamic aspects of Australian art today.

Two co-curated projects offer specific regional focuses. Co-curated by Istanbul-based curator November Paynter, 0 – Now: Traversing West Asia brings together work from the Middle East and Central Asia that consider the shifting borders and cultural interactions of the region. Contemporary work from Papua New Guinea includes a spectacular group of performance masks and painted and carved structures from New Britain and the Sepik. Co-curated by architect Martin Fowler, it is the most extensive representation of work from PNG in an APT to date.

The APT acknowledges its 20-year history by bringing together a number of artists who work with archives. The Gallery's own APT archive will be interpreted in an immersive sound work by Heman Chong; installations by MAP Office and Raqs Media Collective survey artistic positions and social developments across Asia; while a project by Torika Bolatagici, Teresia Teaiwa and Mat Hunkin addresses militarisation in the Pacific through photography, spoken word and illustration.

Complementing this project will be the debut of QAGOMA TV, a dedicated video channel on the Gallery's website that will be launched with an extensive archive of talks, performances and panels from past Triennials.

APT7 includes two programs curated by the Gallery's Australian Cinémathèque, one considering two decades of cinema culture throughout the region, the other a broad survey of Chinese animation from the 1930s to the present, including the work of pioneering animator Te Wei.

Through twenty years of ongoing attention to diverse practices in the region, framed by dialogues and debates, the APT has mapped changing cultural landscapes and encouraged a detailed and nuanced appreciation of Asian and Pacific contemporary art. These important conversations continue in APT7, through the exhibition, cinema, Kids' APT7, public talks and performances, and publishing and online platforms.