A group exhibition curated by Agnes Gund features work by 15 artists such as Peter Campus, Bruce Conner, Jim Hodges, and Ellen Phelan and an exhibition that focuses on the relationship between art and science with work by 14 artists, including an outdoor light installation by Leo Villareal. 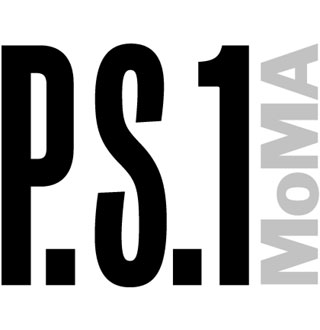 Site and Insight: an Assemblage of Artists

P.S.1 Contemporary Art Center presents Site and Insight: an Assemblage of Artists, a group exhibition curated by Agnes Gund. The exhibition is comprised of fifteen artists whose work Ms. Gund has followed for many years. Encompassing painting, video, photography, sculptures, and installations, Site and Insight reflects the artists' personal and poetic vocabularies. The works in this exhibition reveal subjective explorations of beauty, architecture, nature, and visual perception. Many of the artists use an intense "hand-made" aesthetic.

Intended as poetic mediations on the self, nature, and mortality, Peter Campus's (b. 1937) recent video works, made after producing two decades of photography, record events in the artist's daily life and address the minimalist sensibilities and the relationship between the viewer and the camera that characterized his early work.

West coast artist Bruce Conner (b. 1933) has worked in assemblage, drawing, collage, photography, film, and conceptual art since the 1950's. Works such as Guadalupe (1962) are visually dense compositions that rely on repetition and reference the human body.

In three sculptures from the early 1970's, Rosemarie Castoro (b. 1939) employs graphite on hollocore panels or formed fiberglass cloth, creating abstract forms that invite the viewer to move around, between, and under them.

New York-based painter Judy Glantzman (b. 1956) relies on automatism and the unconscious to create her sensual and evocative paintings. The artist struggles to translate her inner reality into visual form through androgynous, feminine, or child-like figures, which indicate the facets of an evolving personality.

Brooklyn-based artist Maria Elena Gonzalez (b. 1957) is known for her post-minimalist sculptures and installations, which manipulate context and connotation to introduce cultural and personal associations. Resting Spots (1999), which encourages the viewer to emotionally and physically participate, is Gonzalez's most recent exploration of the theme of the memorial.

In her recent work, Nene Humphrey (b. 1947) records the laborious processes of tying, sewing, and embroidering, evoking her individual memories of domestic tasks, and, more generally, the centrality of hand labor in the lives of most women. Self-discipline, sacrifice, and renunciation are also recurrent themes. Exploring nature and self through anatomical references, she uses the body as a point of departure.

Jim Hodges (b. 1957) uses materials from everyday life and images from nature to create installations, hybrid objects, and collages. These labor-intensive compositions are often constructed as chains, webs, or collages and involve the viewer in a range of physical interactions. In this work, he takes a sheet of music notations and transforms it into colorful expression.

In his paintings, Julian Lethbridge (b. 1947) explores the materiality of paint, expressive gesture, texture, and pattern. His recent works incorporate a luminous ground overlaid with a web-like veil of patterned marks. He introduces color in a departure from his earlier tonal paintings, establishing a sublime mood and a sense of place.

British artist Andrew Lord (b. 1950) has long explored the cultural and historic connotations of the vase, breaking down distinctions between the functional and the aesthetic. Imprints of various parts of the artist's body animate his newest projects, recording the movements and gestures intrinsic to their creation. His drawings are more lyrical and delicate than their three-dimensional counterparts.

Winifred Lutz (b. 1942) employs natural and artificial materials, shape, and color in her sculptures and installations to mimic natural forms and to stand as metaphors for organic and spiritual growth. She brings natural elements such as moss and oak bark into the gallery to create meditative spaces.

Ellen Phelan (b. 1943) refines landscape, still life, and the figure through painted forms, evoking both the actual experience and the memory of nature. Her paintings reference the past and require the physical or imaginative involvement of the viewer, re-defining the tradition of landscape painting.

Brooklyn based artist Arthur Simms (b. 1961) fuses modernist assemblage with folk traditions of African and Afro-Atlantic object-making in his near-abstract sculptures. These works link objects and materials, articulating a personal and cultural history.

Julian Stanszak (b. 1928) has for decades explored perception, color and geometry through systematic experimentation to create virtuoso compositions enlivened by bright colors and interesting tensions. In Constellation in Red (2002-2003), thirty-six small canvases map the surface of the gallery wall.

Kathryn Walker (b. 1943), a photographer and sculptor, has been active in theater, television and film. In these photographs, she employs either an inexpensive Chinese Holga camera, with a plastic lens, or pinhole cameras to transform specific places into otherworldly spaces. Subtle color, luminous surfaces and beautifully balanced compositions have an immediate sensual appeal.

Though the events considered in contemporary theoretical physics are often so small that they are known only by mathematical "signatures" these concepts have changed our understanding of nature. While art is generally concerned with the visible, the artists in this exhibition consider relativity, antimatter, and quantum mechanics, motivating them to experiment and to rethink assumptions about how the universe works. These artists visually animate the interplay between concept and medium and explore previously "invisible" or inaccessible theories of physics such as new perceptions of time and space. The works resulting from these collaborations reach beyond illustration of scientific theories to examine their meanings through metaphoric imagery.

Participants in the exhibition and collaboration include Roger Ackling, who burns lines with sunlight on wood found on beaches and riverbanks with a magnifying glass; JÃ©rÃ´me Basserode, who presents large metal spinning tops to address the concept of time and its boundaries; a videotaped conversation between CERN physicists and John Berger, a distinguished essayist, broadcaster, artist, novelist, and critic; Sylvie Blocher, a multimedia artist whose video and film installation pieces explore otherness, representation, and art's political responsibility; Mel Chin, who, with hyperaccumulating plants over the three months of this exhibition, extracts metal from contaminated soil to produce a pencil with which he will draw; Richard Deacon, a Turner Prize-winning sculptor whose complex manipulations of surface allude to the human body and industrial techniques; Patrick Hughes, whose painted reliefs create an optical illusion of three dimensions; Ken McMullen, an artist and organizer of the collaboration who is an independent filmmaker and has produced works with, among others, the French theoretician Jacques Derrida and the Scottish poet, artist, and gardener Ian Hamilton Findlay; Tim O'Riley, who explores the relationship between real and visual spaces, often by incorporating computer technology and optical imaging devices; Paola Pivi, a 1999-2000 P.S.1 Studio Artist from Italy, has a history of collaborating with physicists and experiments with energy fields in her interactive installation; and Bartolomeu dos Santos, who has produced an impressive body of public art in Portugal, Macau, and Tokyo using etched stone and ceramic tiles. Also included in the exhibition is a project by Leo Villareal, Supercluster, a sequenced light work installed on the scaffolding that envelops P.S.1's building.

Signatures of the Invisible was organized by Ken McMullen, Michael Benson, and Grace Adam from the London Institute, Neil Calder from CERN, and was designed by P.S.1 Director of Operations Antoine Guerrero, assisted by P.S.1 Project Manager Cornelia Tischmacher.